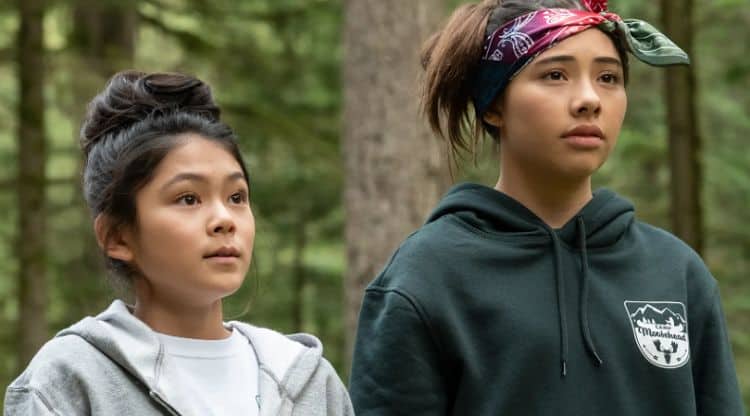 If you grew up during the 80s and 90s, you probably have fond memories of The Baby-Sitters Club. In fact, the theme song is probably playing in your head right now. Originally introduced as a series of books written by Ann M. Martin, the franchise eventually spawned a TV series and a movie. Although younger audience may not have been familiar with The Baby-Sitters Club and it’s glory days, that recently changed when Netflix released a reboot of the series. The new show maintains the essence of the original while also incorporating elements that are relevant to today’s society. Although rebooting a series can be challenging, the production team did a great job nailing every detail, including the setting. The show primarily takes place in the fictional town of Stoneybrook, but there is also a good portion that takes place at Camp Moosehead. As you can imagine, lots of fans would love to visit Camp Moosehead. However, they’re wondering whether or not the camp is real. Keep reading to find out.

The Truth About Stoneybrook

As mentioned earlier, Stoneybrook isn’t an actual town in Connecticut. However, Ann M. Martin decided to choose New England as the backdrop of her stories because of it’s history for being a cozy and family oriented place. Although Martin isn’t from New England herself, she was born and raised in New Jersey which is only about 2.5 hours from Connecticut. Additionally, she also worked in Connecticut as an elementary school teacher after graduating from college. I wasn’t able to find any information on why Martin chose Connecticut as the setting for her stories, but it likely has something to do with the time she spent there after college.

In the show, Stoneybrook is located in southern Connecticut just outside of New York City. In real life, these towns are often home to people who work in the city but prefer to live a more suburban lifestyle. These types of towns are also well known for their wealth.  Even though it’s not a real place, Stoneybrook captures the essence of living in a small town with a family feel. The overall atmosphere adds to the element of innocence in the stories.

Where Is Camp Moosehead?

On the show, Camp Moosehead is a very special place. Not only is it where the girls spend their summers, but it’s also got lots of beautiful scenery. Admit it, after watching the show you wish you could’ve been a Camp Moosehead camper. With that being said, I have good news and bad news. Camp Moosehead as it is known in the show doesn’t technically exist, but it is based on a real place. In real life, Camp Moosehead is inspired by a lake in Main named Moosehead Lake. However, there isn’t a summer camp.

Despite being inspired by Moosehead Lake, none of the show was filmed in Maine — or anywhere in New England or the United States for that matter. The entire series was shot in Vancouver, Canada. Lucia Aniello, the show’s executive producer, said, “We shot in Vancouver, and the biggest thing was finding a street that felt like Bradford Court. We wanted it to have ‘New England realness’ but also feel like it had a good variety of houses…We tried to keep all the streets and intersections accurate as well, using a Stoneybrook map. The little things!” If you’ve ever seen New England, particularly Connecticut, you would probably agree that the production team did a good job of making things look as realistic as possible.

Even though we’ve already established that Camp Moosehead isn’t real, that doesn’t mean that all hope is lost. Technically, you could go visit Moosehead Lake. According to the lake’s website, there are lots of outdoor activities for you to enjoy. There is even a golf course and and a yacht club. On top of that, “Experienced local guides can arrange moose safaris (for up close viewing and photography), rafting and camping trips, days of fishing and boating, hiking and canoeing, snowmobiling and cross country skiing adventures, and much more in all seasons.” There are also lots of shops and restaurants in the area. Essentially, Moosehead Lake has something to offer everyone.

Since New England is known for its harsh winters, you’ll definitely want to visit Moosehead Lake in the summer. Even though you won’t be able to hangout at any of the spots you see in the show, it could still be a cool experience. Plus, if you’re a die-hard BSC fan, it’ll be worth the trip.