Home
Video Games
Is The Best ‘Walking Dead’ Story In A Video Game? 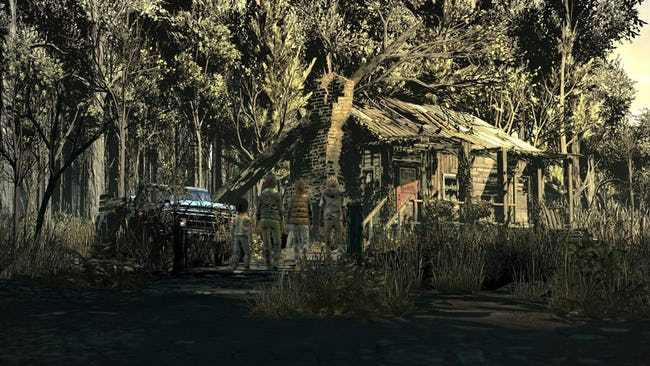 Agreeing wholeheartedly with Eric Vega from Ranker isn’t something I’m about to do, but I’m not going to completely disagree with him either. You might call that hedging a bet but in truth it’s more about looking for balance when deciding whether The Walking Dead Telltale series is better than The Walking Dead. It doesn’t seem all that fair since we’re comparing a video game to a TV show that’s been running nine seasons, but a lot of fans tend to think that the game offers up a better story. This is point where I typically sigh and shake my head since quite honestly this is a tale that gets played out with a lot of different shows in a lot of different ways. People are fickle, it’s been proven time and time again that if they get what they want they’ll start looking for ways to pick at it and tear it down simply because there’s nothing else to do. And if they don’t get what they want they’ll piss and moan about how this should have happened, that shouldn’t have happened, and so on and so forth. See where I’m going with this? Fans are fickle, and if they see the grass is greener, or at least appears so, they’ll switch sides in an instant.

Now let’s be fair here and say that TWD Telltale is in fact a pretty tightly knit story that offers up a lot more choice for the fans than the show does. Any idea why? Oh, right, it’s a GAME. People might be able to input what they want as far as the show goes, but the final word on what goes and what doesn’t is up to the director. It’s true as Kirk Hamilton of Kotaku says, the game isn’t filled with moronic decisions and the main character isn’t prone to bad decisions that have been written in by the writers of TWD, but once again, you’re comparing a game which lasted only four seasons to a show that’s been a running comic book that started in 2003. There are more characters, more situations, more of just, everything, to consider when trying to make this thing work. It’s true that the show has a lot more drama, a lot more filler episodes, and a lot more irritating and uncertain decisions being made. But in its defense, which is getting harder with every season, it has a lot more ground to cover and a lot more characters to consider.

The Walking Dead has been forced to watch as its fan base has either dropped off or taken a step back in the past few seasons since the plot has seemed to kind of dissipate as people wait for one thing or another to show up. At one point it was the Governor, then it was Negan, and now it’s been the Whisperers that have been the major bad guys. Along the way there have been some antagonists that have been worse than others, but the dead have always seemed to be the biggest and most unexpected threat despite the fact that they are literally everywhere and can be killed pretty easily by those that know how. The game doesn’t focus on the dead as much and it seems to be working in its favor, though it’s also kind of ironic since anything titled The Walking Dead would seem to need its titular threat front and present at most times to make it work as it should. But then again when you look at it that way the show does kind of use the dead as a crutch at times. Be that is may though I’m with Michael Llewellyn from The Gamer when it comes to stating that the zombie attacks in TWD are a lot more unpredictable and undeniably more dangerous since the walkers tend to congregate in the hundreds at times and are like an avalanche of rotting flesh with teeth.

In terms of stating which is better, the show or the game, it kind of evens out after a while since both have their share of ups and downs when it comes to story, characters, setting, and so on and so forth. Those that want to state that the game is better and that the show is becoming a joke are typically those that somehow believe that the show was going to stay the same as it was in the earlier seasons, when things were a simple matter of survival and not as much drama. Those that think the show still takes the cake are those that are die hard fans that might still believe that there’s time to turn things around and get back to the formula that worked for so long. In truth both sides are right, as The Walking Dead is a story that’s versatile enough to exist in both mediums without needing to choose between them.