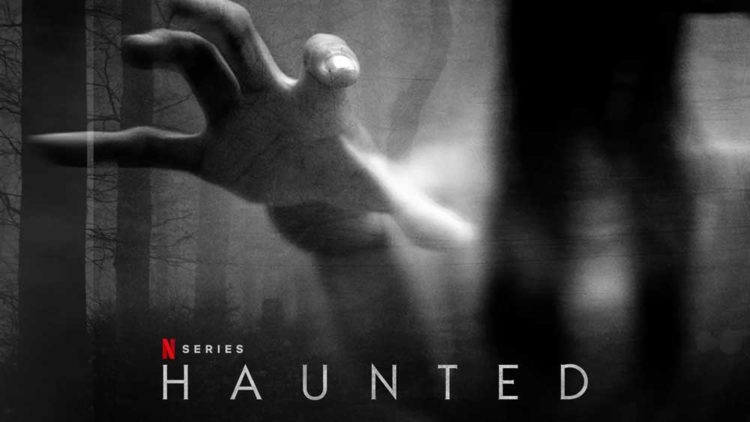 Ever since the electronic television was invented in 1927 by 21-year-old Philo Taylor Farnsworth, it is now more of a basic need than a luxury to own one. With time, people from across the globe have come to refine their tastes in the shows they prefer. With some enjoying reality television, producers are always ready to give the customers what they want. However, sometimes, they can stretch the truth depicted in reality shows a bit too far to attract a wider audience. Unfortunately, people are not fooled easily, and sooner or later, they start questioning the reality in the so-called reality television shows. Still, that does not stop filmmakers from trying to incorporate real stories in their productions. One show that has attracted a lot of criticism is â€œHaunted,â€ with most people wondering if it is real or fake. Letâ€™s see if the series adds a bit of salt to spice up the real events supposedly depicted by the reenactments.

What made viewers think it is fake

All it took was one episode titled â€œSlaughterhouseâ€ for viewers to start questioning the authenticity of the show. The first episode must have captivated the audience since they could not wait for the second episode. However, immediately after following the scenes, doubt started creeping into the minds of the viewers. One Reddit user commented that he was watching two sisters recount their experience of growing up with serial killers as parents. The user got so concerned hearing that the women had graves on their property that he googled for some information. It bothered him why there was no evidence of such a case outside of the episode.

Jacob, the grandson to the murderers, destroyed trophies that his grandfather kept of his victims. His aunt, Terrilyn, tells the story of how her parents would pick strangers from bars and take them to their rural home where the murders would occur. While the chilling revelation was enough to have the public want to get details of how police handled the case, there was no evidence. Matter of fact is viewers expected the women to tell the details down the letter, but they did not. The exact location of the gravesite was referred to as â€œupstate New York.â€ Further, the three people in the episode, do not disclose their last names despite the perpetrators of the crimes being dead. Since the women did not even bother to report the cases of the murders, then the episode was received with heightened negative emotions against the show. Mashable published one person who lives in Upstate New York said if ever there were so many cases of people disappearing and no bodies found, rumors would have been circulating but he was yet to hear of any.

Seven months ago, one Reddit user posted about his first encounter with a demon starting the post with â€œI overcame being haunted by a demon.â€ From the way he writes the time, it is evident that the writer is a soldier. He says he was standing watch in his post, and at around 0245, a golf-ball-size rock hit the bulletproof glass above his machine gun. Bigger rocks came flying in his direction, and when he was about to fire his weapon at the person disturbing his peace, he saw an 11-foot creature with 4-feet hands. The creature made him stop blinking, and the soldier could hardly breathe. The sight of the creature happened in 2009 and then again in 2011 and 2013. The third experience is quite chilling; the soldier says the creature pierced his body, shattering his ribs, snapping his spine, and caused many more injuries.

His story is the basis for the season two episode â€œDemon of War,â€ and the soldier, whose name is Rick, disregards the viewersâ€™ claim of the show being fake. According to his interview with Newsweek, Rick went through a rigorous screening process. He held endless interviews, internet vetting, and full background checking, which took a long time. Still, Rick was ready to share his story despite having to keep asking for approval from his commanding officer since he was on active duty. Anyone who has read the three stories he posted would conclude they were only a dream that Rick is sharing since there are no scars on his body to support his claim. Besides, if it were real, most people would argue that Rick would not have lived to tell the stories. After all, how can your ribs and spine be shattered, and you are still are doing fine? Then again, it still is in line with the title of the show â€œHaunted.â€

Although it had made a habit of visiting Rick after every two years, he did not mention any encounter in 2015. However, he confessed to being afraid in 2017 since he thought it would come back. Luckily it did not, and that made Ricky feel safe enough to want to share his experience with the rest of the world. Rick believes that the tattoo he has on his chest of â€œPsalms 91:4â€ is what has kept the demon away since 2013.

So, is the show real or fake?

In all of these stories, despite the series boasting of telling real stories by real people who have lived real horror, there is little evidence that the stories are real. In both of the encounters above, no one can verify the incidents that happened. Rick said he never told anyone except the person at the command center, so maybe if the person came forward to tell his side of the story, viewers would start believing it is true. Moreover, since the demonic appearances are always in his dreams, it gives him an upper hand to tell it as he wants. In the â€œSlaughterhouseâ€ episode, the three narrators could have gone to the police and showed the gravesite to give families closure. So even if Brett-Patrick Jenkins keeps telling us that the stories happened for real, we will be the judge of that. Abraham Lincoln said you can fool all people sometimes but not fool everyone all the time.