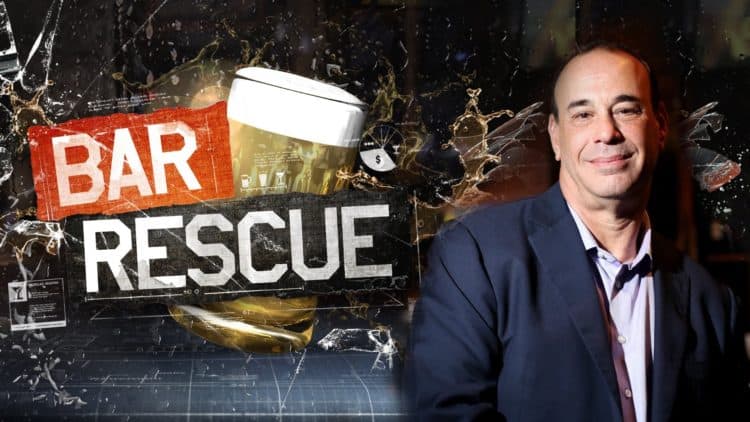 Successful unscripted shows can inspire a lot of competitors. Sometimes, these competitors are so similar that there is no point to watch them rather than their source of inspiration. Other times, these competitors make certain changes that are significant but not too significant, thus enabling them to stand out from their source of inspiration. For an excellent example, consider Bar Rescue, which can be considered a bar-themed version of Kitchen Nightmares.

In other words, each episode of Bar Rescue see the star Jon Taffer visiting a failing bar so that he figure out the problem. Perhaps the problem lies in the bar’s practices or perhaps the problem lies in the bar’s personnel. Whatever the case, Taffer follows up by implementing a solution that is supposed to solve the bar’s problem, thus restoring it to presumed profitability. Currently, Bar Rescue is on its seventh season, so it seems safe to say that it has managed to find an audience of its own. However, whenever an unscripted show manages to become popular, it seems inevitable that interested individuals will ask whether it is real or not.

After all, unscripted shows have managed to earn a reputation for being nothing of the sort. In some cases, everything is so planned-out that they are no more a reflection of reality than their scripted counterparts. However, even the rest will still use a wide range of methods in order to get the showmakers’ desired results in episode after episode. One excellent example would be setting up the scenario to create the kind of events that the showmakers believe that their audience will want to see, which is helped along by the participants’ desire to become as famous as possible. Another excellent example would be extensive editing, so much so that what winds up being seen by the viewers bears either no or next-to-resemblance to what happened in real life. Besides these two examples, there are plenty of other methods that see use as well, thus contributing that much more to the reputation of so-called unscripted shows.

Is Bar Rescue Real or Fake?

It seems safe to say that Bar Rescue uses the standard set of methods that showmakers use to put out their products. After all, a lot of those methods are either essential or next-to-essential for putting out something watchable. For instance, there is no way that an unscripted show is going to air all of the footage captured over the course of shooting. However, there is a considerable difference between an unscripted show that shows something trimmed down but still faithful to what happened in truth and an unscripted show that uses so much editing that its resulting narrative is wholly fictional. In any case, the real question is the extent to which the Bar Rescue showmakers use these methods.

Unfortunately, it seems that Bar Rescue might be fake. This is based on the stories of past participants, who have revealed a lot of setup by the Bar Rescue showmakers. For instance, there was one bar owner who was told by the showmakers to flirt with Jon Taffer’s wife, with the result that he was attacked by Jon Taffer. Said attack seems to have been quite real because said individual had to go to the hospital to get his injuries checked out. Something that prompted him to launch a lawsuit against the show’s production company for very understandable reasons. Meanwhile, another participant named Ryan Burks said that he was straight-up fed a story about how his bar was losing $10,000 a month with the result that he was going to lose his bar as well as his house the very next month. None of which was true.

On top of this, the owner of Piratz Tavern has stated that the presentation of the show is very much an illusion. First, he stated that he was asked to bring several changes of clothes so that the showmakers could make it seem as though the episode was filmed over the course of several days. Second, the showmakers brought in a bunch of extras to populate his establishment, meaning that what the viewers saw was very much not representative of the bar’s routine operations. Third, the bar owner and the other participants were even told what they should say, which is perhaps unsurprising considering Burks’s story. Some people might be tempted to disbelieve these claims, but they are further supported by the statements of people familiar with the bars featured on Bar Rescue, which have made it very clear that what is seen isn’t what those bars are really like.

Summed up, the stories of multiple individuals should make it very clear that Bar Rescue isn’t real. However, the real kicker is the tight schedule on which the episodes are filmed. Basically, a bar rescue happens over the course of just five days, which is enough time for the showmakers to perform a remodeling of the bar but not much else. This is relevant because businesses can fail for reasons other than presentation, meaning that it is very difficult to believe that all of the bars featured on the show needed nothing but a cosmetic makeover for them to find success. Certainly, five days’ time isn’t enough to teach any business skill to a meaningful extent. Never mind the full set that business owners need to succeed. In other words, the show isn’t offering the reality of a bar being saved but rather the illusion of a bar being saved because its schedule is too tight for the first to be possible.

In any case, there is nothing wrong with people watching an unscripted show that is nothing of the sort so long as they understand what is going on. After all, entertainment is entertainment. However, the same can’t be said for those who believe everything that they are presented with because that can set their expectations for the real world. Generally speaking, that shouldn’t be too much of a problem, particularly for shows that are very different from most people’s experiences. However, when people do run into a situation in which their expectations are relevant, the results can be frustrating as well as otherwise negative in nature.