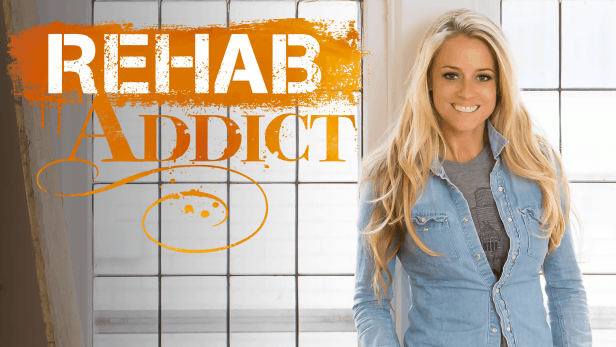 Home and garden television, in abbreviated form HGTV, is one of the unique channels on TV that offers a lot to learn when it comes to real estate. The channel provides a ton of shows that orient us to many home and real estate care practices courtesy of presentations under its lineup. Among the fantastic shows you can tune into when checking out this channel is Rehab Addict. While the name of the show may mislead you to think it is something about drug use, it is a home renovation program. According to HGTV’s official website, the show, under Nicole Curtis, goes through the restoration of old houses back to their glory. Be it some wall breaks, cleaning, or even tearing and installing new structures, the host seeks to boost the integrity of houses that have seen the best of their days.

Taking on a reality TV setting, Nicole goes from neighborhood to neighborhood in Detroit and Minneapolis to showcase her standout efforts in home revamps. At the moment, several reality show programs are coming up, and some have been at the rough end of criticism. Many pundits bring out queries challenging the legitimacy of such shows, and Rehab Addict has not been spared. It leads to the question, is Rehab Addict Fake? To answer it, we will go through various elements of the show to see how it rates on the credibility scale.

Focus On The Personnel

When it comes to most reality shows, the staff, with a focus on the host, is usually a critical factor that determines the success of the show. For most programs that are just a sham and out for ratings, celebrities take the steering wheel. The host may, at times, lack knowledge in the subject of the program and it may lead to a poor critical stand. When it comes to HGTV’s home renovation program, Nicole Curtis is the true definition of a professional. According to her website, you get a hint of how much of a pro she is. She has been in the home restoration scene way back even before the show came calling. She has a load of experience when it comes to home design and restoration and continues to build it up. For the eight seasons she has graced our screens as the show’s primary personnel, you can see how she grows when it comes to her skills in revamping homes. It is a crucial pointer towards the legitimacy of the show and throws out claims of the program being fake.

For most home renovation presentations that take the tag of scripted and illegitimate, the houses usually are plants. The producers look for houses that can easily be modified, and the show goes on with many viewers getting into the trap of believing in them. After the show, you may notice that the houses are not as displayed on television. For the presentation in question, the houses stand even after the show and are evidence of work done. There are no plants at all from the staff to the homeowners, and even some go on sale immediately after the show due to the attention attained.

The Sense Of Imperfection

Home restoration and other related works are very exhaustive and labor-intensive. For you to get the job done, you need to take the time to ensure you get every minor detail right. Mistakes come, and it is from them that you learn to perfect your art and come out with the best revamp portfolios. Being a presentation that focuses on home repair, if it goes all perfect, then it is a sign that the houses maybe plants. There is the element of imperfection on the show, as evident from the many mishaps that come on the way. There are episodes where Nicole gets the house flooded during the repairs and almost sets another on fire. Injuries are common in such a line of duty, and a few hammered fingers are common. Such errors point to the credibility of the show because, after all, it is not a fairy tale story where every result is as desired.

The Longevity Of The Program

If the program was fake, then it would have ended as early as it came. That is not the case with Rehab Addict, and it has been on the screens for almost a decade now, boasting of eight seasons and 83 episodes so far. If it was a mere script, then the play would break even two years after production, with viewership dropping due to lack of ideas to move it.

Consequences Of The Show Being Fake

As from the above elements, minimal hints are pointing to Rehab Addict as illegitimate. However, it may be a properly created production that hides any signs of it being a script. Should the ploy become evident, it spells perilous consequences for the channel and also its host. The channel may lose its following, which will lead towards a downward spiral. Nicole’s career may also be on the receiving end as her credibility drops.

One of the shows on TV with a unique concept is the Rehab Addict. It focuses on the revamp of old houses, by bringing them back to an elegant presence within their neighborhoods. Nicole Curtis takes control, and her portfolio of restored homes goes into 83 episodes as at the moment. There have been questions that try to unearth whether the show is fake or not. A look at some of the elements focused on this article shows that the program is credible. Each of its aspects from house prospects, dealing with clientele, and the whole repair process is real. It is impressive seeing how Nicole Curtis even takes some discarded material and, with her arty hands, makes them usable again as part of her renovation duty. Catch the program on HGTV to have a taste of the exquisite repair process.