Home
TV News
Is There a Black Cauldron Live-Action Remake in the Works? 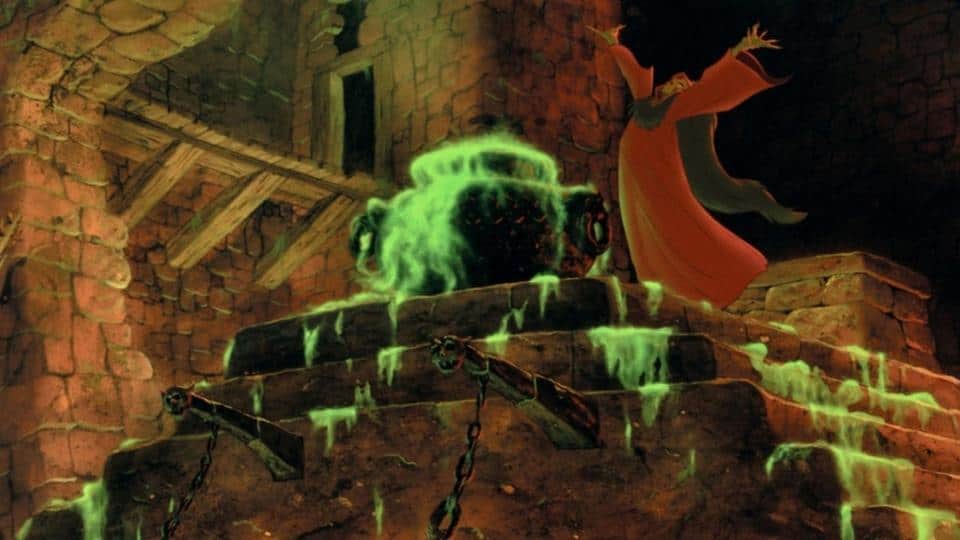 Just for fun, how many people still remember this Disney class from the 80s? Looking at it now The Black Cauldron is kind of a creepy story, but no more so than any other Disney movie that features such evil characters as the antagonist in this flick. In a way it almost feels as though Disney should focus on bringing this movie to greater prominence and discussing it more and possibly think of promoting it a little harder before really digging into the live-action version, but at the very least the movie is currently featured on Disney+ so people can sign up and remind themselves what it was all about. The main gist of the story is that the titular black cauldron is the big threat in the tale since the Horned King can raise his undead army to cover the world in darkness, and a pig-keeper named Taran has to learn about sacrifice on his quest to do something heroic while meeting up with some very interesting individuals that end up saving his life and teaching him how to be a more kind and compassionate human being. Say, maybe it is a story that has a place and time, like now. All joking aside though the story was derived from several works by author Lloyd Alexander, though as the people at News Break remind us the tale did kind of deviate from Lloyd’s whole vision, even if it was inspired by the stories that were written.Â

Out of all the arguments that could be made for and against this movie getting the live action treatment there really aren’t that many that would be universal among fans since the fact is that it would be about the same as any other live action movie that Disney has already made, meaning it would be a heavy mix of live action and CGI considering that there are a great number of creatures in the movie that couldn’t be made in a practical and working fashion that people would accept. If this were the 80s or even a 90s kid show it might work since the budgets for such things back then didn’t really allow the most realism possible to be instilled in a show or movie. Of course as kids we didn’t are, we made do and enjoyed it all the same, but these days a lot of kids are either just the same or are far more discerning as they’ve grown up with CGI and aren’t all that impressed by anything that appears to be less than what they want, as the writers at the Telegraph might agree. Given how much there is to this movie it would be a fairly big project since the settings and the locations would no doubt need to be fabricated or traveled to depending on how realistic Disney wanted to make it. Then there’s the Horned King and his many minions that would likely be a huge bundle of CGI creations with at least some practical special effects mixed in.Â

The casting would also be interesting to figure since when one looks at it the parts that are available are fairly generic when it comes to a fantasy movie, with only a few that might need a specific type of actor to fill them. But the most important thing to stress does appear to be the fact that many people might need to be reminded of the story in the first place. The Black Cauldron is not one of the favored Disney movies that has been able to weather the years all that well since a lot of people have easily forgotten it and have moved on to the bigger and supposedly better stories that managed to capture their attention because of the singing and the simple story lines that didn’t challenge them too much. This movie was undoubtedly one of the many that would be pointed out for its horrifying themes and supposedly adult content since the Horned King is a rather frightening character and might actually offend some people. But if that’s the cast then those same people might need to be directed back to the prior decades of Disney’s contributions to pop culture and even the decades following TBC simply because Disney doesn’t always sugarcoat everything in their movies, but they certainly let viewers know that there’s a threat to be dealt with.Â

Seeing this movie come to light when talking about live action movies makes a person wonder if it’s going to eventually be a good idea or if it’s going to be ignored once again by the people since to be fair, it doesn’t really rate up there with a lot of the Disney movies that a good number of people can easily remember. It could be a worthwhile movie to be certain, so let’s hope it’s treated with the kind of respect it needs.Â