Home
TV News
Is This the Reason Why The Witcher Isn’t in Chronological Order? 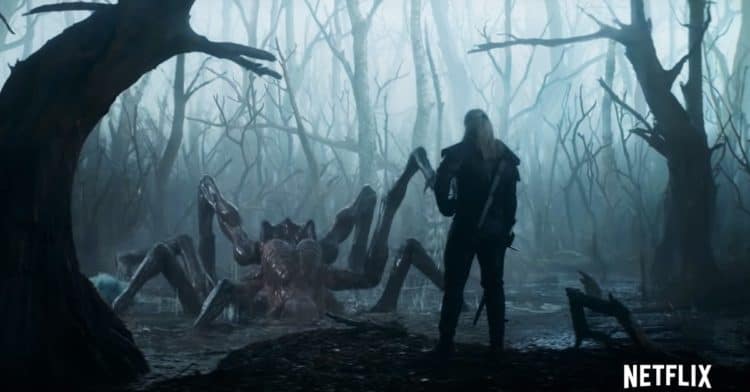 Upon watching The Witcher one might have noticed that the episodes are a little discordant and don’t follow a natural progression as people are used to with many series. As Thomas Bacon of ScreenRant explains it this has largely to do with the fact that the author, Andrzej Sapkowski, wrote the original Witcher story to enter a writing competition and impressed the editors. From that point he wrote several short stories that didn’t connect with each other, but all featured the same protagonist. Upon finally writing the books however Sapkowski moved ahead in a way that left the narrative we’ve seen on Netflix behind, which might have been greatly confusing had it been delivered to the public in such a manner. Instead of simply alluding to the back stories of Yennefer and Ciri however Lauren Hissrich decided to give them proper back stories that would allow the audience a better look at who they were and where they had come from. In doing this Hissrich has given people the chance to really connect with the two very powerful women in Geralt’s life rather than simply hint that they come from troubled pasts. Upon reading the first book I can say from experience that had it taken off in direct fashion as Sapkowski intended.

It was likely kind of confusing for some viewers that haven’t played the game or read the books since various characters showed up throughout the story even after they’d perished, though if one was paying attention they would understand that each episode was a little different and was designed that way to explain certain events and why things are the way they are in Geralt’s world. The fall of Cintra to Nilfgaard was a monumental event, and while the battle of Sodden, which took place at the finale, was not a big part of Sapkowski’s writings save for reference, showing it in great detail will make a great deal more sense to the story as it moves forward. The importance of setting up Yennefer, Ciri, Geralt, and even Jaskier throughout the timeline has been to show just how they have interacted and how they have come to be known to one another, and thus far it’s been a thrill ride the entire way since Yennefer and Geralt being at odds feels natural even if you haven’t played the game. As it’s been stated though season 1 will be the only time when the episodes will appear out of order since the convergence by the end of the season has tied just about everything together and will allow the story to move forward in a much more linear fashion that makes people less anxious and requires less explanation.

There could still be flashbacks now and again to explain away certain elements of the story, but all in all it does feel as though things will balance out eventually and the tale of Geralt and the others will continue on unabated without too much interference. As things stand in the story right now Geralt and Ciri have finally met and destiny, that fickle and uncertain thing, is ever unwinding as the magicians continue to plot and the kingdoms continue to reel on the defensive as Nilfgaard continues to advance, or try to, in search of Ciri and conquest. How Hissrich will play up the second season is hard to say since there is a lot of material to turn in and a lot of world-building yet to do given that the hope is that we’ll get to see Kaer Morhen, the home of the Witcher’s, but until there’s word we’ll have to keep guessing at what’s coming and possibly go by what Sapkowski has already laid down in his books. The hope of course is that Hissrich will stick as close to the source material as possible and not deviate too much, though there might be moments when the story could dictate a bit of a change or deviation that might make things a little more interesting. Without giving out too many spoilers things are going to become a little more intense and the trio of Ciri, Geralt, and Yennefer are still going to remain very different people that will be able to work together when the need arises.

Thus far The Witcher hasn’t disappointed and the cast has been absolutely on point despite the swapping that has gone on for whatever reasons, and people have responded nicely to the popular series, even elevating it above the vaunted Mandalorian series that took the audience by storm as of November. Rick Marshall of Digital Trends has more on this. When both shows reach their season 2 we’ll see just one can vie for dominance and which one will have to be satisfied with second best, though if Mark Hamill shows up in The Witcher as Vesimir it’s fair to say that the edge might go to Netflix.