Home
Entertainment
Is Tom Cruise Finally Getting too Old for Action Movies? 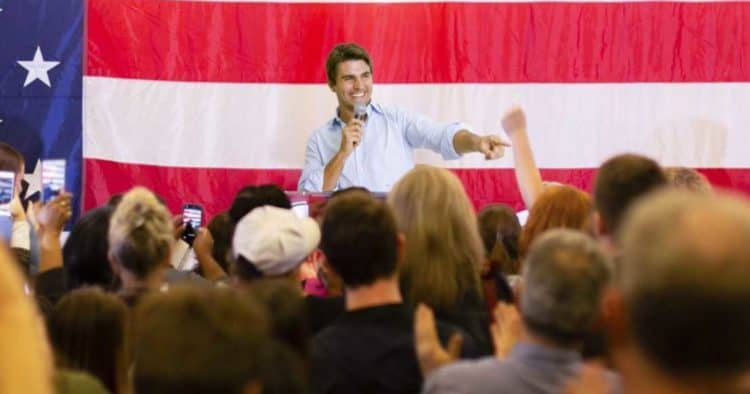 If you said yes or no to the question of whether Tom Cruise is too old for action movies then you’ve been sucked into a debate that really makes sense only to those that feel one way or another about it. Kyle Munzenrieder of W Magazine has more to say on this subject. In a big way Cruise might still be able to run with the younger actors since he’s still in good shape and is able to do his own stunts. On the other hand he is getting older and despite the ability to take care of his body there’s still the idea that the human body eventually wears out and breaks down, it doesn’t revitalize itself with age. There are arguments for both sides that might be taken in any number of directions and quite honestly a lot of them do make sense, even if those that arguing against them don’t think so. Tom Cruise has had one heck of a good run throughout his career and despite what anyone says he might not be too old to continue with action movies, but maybe it’s time to consider taking less of the lead and becoming more of the leader, the guy that designs and plans the missions and on occasion goes out and completes them with the team.

A big part of this might have come from the idea that Jack Reacher author Lee Child has some sort of beef with Cruise for whatever reason. He did actually state that Cruise was too short to be Reacher to begin with, and as Kevin Burwick of MovieWeb has relayed, Child is now saying that Cruise is too old to go back to being Reacher once again. It’s fair to say that neither of the Jack Reacher movies really did much in way of becoming big hits in the theater, but it would seem that Child is, for some reason, being kind of derisive about Cruise, and Tom’s not really caring for it since he has a good deal invested in the Jack Reacher character. The fact that the movies are already in line for a reboot it would seem is another point of contention that seems kind of like a red flag that some people are losing a bit of faith in Cruise, who is still a big draw for moviegoers since he’s been an action star for long enough to make any movie he’s in seem interesting enough to go and see at least once. The latest Mission:Impossible was a movie that some felt wasn’t his best but still ended up being a success considering the box office numbers after all.

So is he really too old though? Or is this just a bunch of talk that we should probably be pushing to the side? From the opinion of a writer and a moviegoer I can with all honesty say that if Cruise is getting too old it’s in the sense that he might need to take a decent break from the movies for a while and just do something low-key or possibly take a vacation and enjoy his time off. There are times when actors are just TOO prominent and end up causing a bit of overload for the fans, who get tired of the constant exposure since diversity is something that’s still highly prized in the movies. In this case though the diversity being mentioned has less to do with people of color and gender and more to do with the fact that Cruise has been front and present for so long on the big screen that it might be time for a short break from him. Some folks might say that this is ridiculous, that we haven’t seen him that much, and that he’s still a heavily-desired face on the big screen. That’s a matter of opinion of course, and everyone gets to have one, but after so many years of Jack Reacher’s, Ethan Hunts, and various other action roles he’s taken on, maybe it’s time for Cruise to take a break and just enjoy himself for a while. Maybe take a nice long vacation, disconnect for a bit, and let the fervor die down. It might be that he’d develop a little rust while on vacation, but at the same time it’s also possible that he’ll find that it was sorely needed and that fans will want him back even more upon his return. Heidi Parker of DailyMail has more to add to the story.

As far as being too old for action movies that point seems to be moot since honestly a person is never too old for anything until their body tells them it’s time to slow down, at which point if they still have the talent they can become character actors and still be just as enjoyed. That time hasn’t come yet for Cruise it would seem, and in truth it might not be as long of a run as Child seems to think once it does happen.