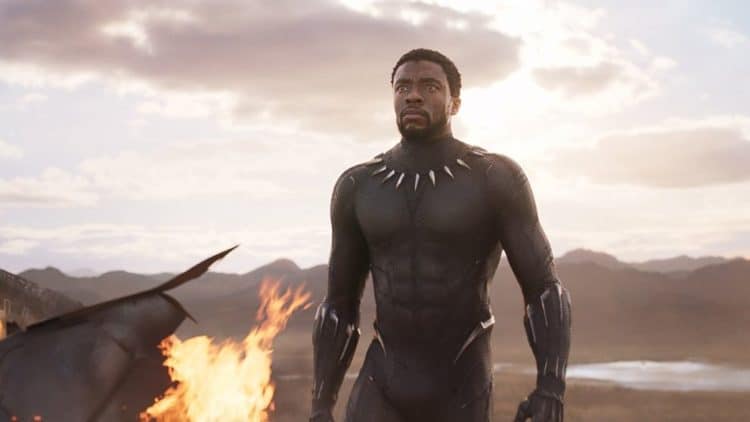 Maybe it’s because adamantium hasn’t been introduced into the MCU yet, or maybe there’s going to be a power struggle between metals whenever the X-Men are introduced, but as of right now it would appear that vibranium is the deadliest weapon that Marvel has to offer on the big screen. It’s definitely been shown to be a very advantageous metal since the Black Panther has made good use of it and Killmonger and Ultron have shown just how dangerous it can really be. But is it stronger than the metal that’s been used on Wolverine in the past? Thomas Bacon of Screenrant doesn’t give this kind of insight but he does make it clear that vibranium is dangerous thanks to more than just its obvious uses, as apparently it can be infused with magical energies as well and made even more dangerous. One might think that of course, following what we’ve seen from Thor, that magical energies and any other energy amount to roughly the same thing, as the manner in which people call upon said energies is the only real difference. But in the long run that doesn’t matter since vibranium is apparently such a great conductor for said energies that it has the capability of becoming a weapon more potent than most in the world. As Thomas used the example of Doctor Doom getting his hands on the Wakandan metal, it stands to reason that if anyone with enough ambition and intelligence to utilize vibranium found a way to do so then it could easily become something that might create a serious issue depending on the motives of the one using the metal in said fashion.

If a person truly wants to get into the more technical aspects that have been created using clever writing and the need to perform the one-up method throughout the comics then there are forms of vibranium that can damage adamantium, but kept on an even footing and without adding in any ‘special’ elements that might otherwise shift the balance of power, adamantium is still the toughest metal in the Marvel universe. What this means is that stacked against adamantium, vibranium is still deadly, but it’s not quite as effective and can be damaged by the harder metal in a very profound manner. One reason that we haven’t seen this in the MCU however as of yet is that the one hero whose bones are laced with it didn’t belong to Disney at the time therefore didn’t get to interact with the rest of the group. Adamantium doesn’t only belong to Wolverine obviously, but he’s one of the reasons it’s become so well known in Marvel’s past and it’s definitely thanks to the mutant that the metal has become such a big deal considering that it’s made him nearly unstoppable in some instances.

If you’re wondering whether this was bound to lead to the question of who would win in a fight between T’Challa and Logan, you’re right, it does. Many people have their own thoughts on this and some pull for the Black Panther taking this fight while others firmly believe that Wolverine would take T’Challa down for various reasons. On this front it would be a matter for the writers to decide since quite often what we believe should happen in the comics and in the movies is dashed to the side in favor of what the writers want to happen. In other words it wouldn’t matter that adamantium is harder and deadlier than vibranium, the writers could overrule this in a hurry with something that would allow the tables to turn in an instant because….reasons. Going by how things have been handed down, vibranium is the deadliest metal in the MCU at this point because adamantium hasn’t yet been added to the canon, and yet even if and when this does happen, it’s hard to say what the writers will do since as we’ve seen a lot of things have changed, such as the lowering of certain heroes in regards to their awe-inspiring power and the elevation of those that, as far as comic fans can remember, weren’t able to perform some of the feats they’ve accomplished in the movie when they were still bound to the page.

At this time vibranium is the unchallenged victor when it comes to which metal is stronger in the MCU, hands down, but that could change whenever the X-Men come to town, especially if Logan is going to be given a voice in the Marvel universe once again. To say that it might be fun to see a showdown between some of the heroes once again as it happened in Civil War goes without saying, but whether or not we’ll get to see that again is hard to say. As of now it’s enough to at least hope such a thing can happen.