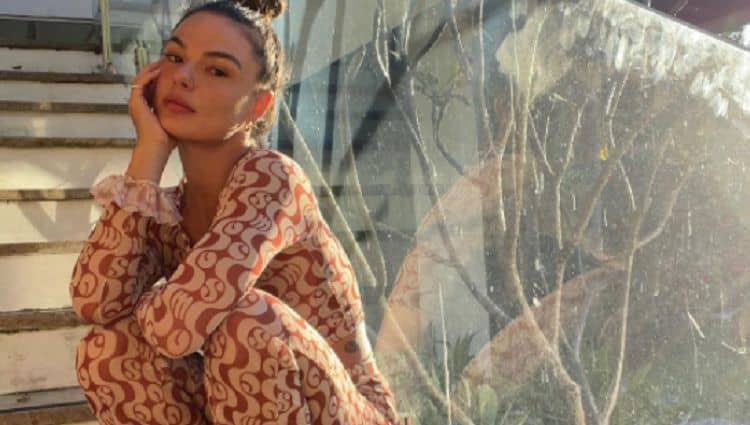 She’s young and she’s talented, and she’s been living a very public life for a long time. Isis Valverde is a talented actress who stars in a hit telenovela called, “Ti Ti Ti,” and she has been in the business for more than 15 years now. She is someone the world should get to know a little better than they already do. While she is a household name in her home country of Brazil, she is not as widely recognized in the United States. However, she’s changing the game and making that happen for herself, and the world should know who she is before she’s everywhere.

Though she certainly doesn’t look like a young woman who was born in the 80s, she was. She was born on February 17, 1987. She turned 34 in 2021, just after the Valentine’s Day holiday. Her great genes and her desire to take care of herself have kept her youthful and young, and that is not a bad thing.

2. She is From Brazil

Isis Valverde was born and raised in South America. She’s from a small area called Aiuruoca, Minas Gerais. It’s located in Brazil, and she spent almost her entire childhood living there. She did not move away from her hometown until she was 15, and then she only moved so she could live in Belo Horizonte so she could study.

As a teen, she did not start acting right away. She started her career in the advertisement and modeling industry. She was in many ads while she was a teen away studying at school, and she was able to get her career launched in this simple manner.

She was 18 when she moved to Rio De Janeiro. She was there to study, and she chose to study theater. She knew she wanted to become an actress and make that her future, so she did it. She’s been able to succeed more than she probably imagined, and her career continues to flourish – no doubt due to her immense talent.

She is of Italian heritage. We don’t know precisely how Italian she is, but we do know that she has grandparents who are from Italy. We don’t know when they came to Brazil – or even if they did. All we know is that somehow her parents ended up in Brazil even though someone was Italian.

Valverde is off the market. She married her husband back in 2018. His name is Andre Resende, and together they have one child. Their child is Rael, and he is a doll. What a sweet toddler he is, and what a proud mother she is.

7. She Has Tens of Millions of Followers

Without even going into a follower count on her social media channels outside of just Instagram, she has more than 25.9 million people following her on the popular app. She has more followers than many of the world’s biggest celebrities, and she makes influencers with a few million look like no one in comparison. The world loves her, and it shows.

8. She Understands the Importance of Yoga

Isis Valverde is all of us in that she understands that taking care of her mind also allows her to take care of her body. She practices yoga. She knows that it is restorative to both her mind and her body, and she knows that she can work her muscles and build strength from the inside out when she does so.

She might be exceptionally famous and have more followers than most people in the world, but that does not mean she’s not a private young woman. She knows that there are things in her own life that allow her to focus on her privacy, and she enjoys that. She doesn’t share too much of her life with the world, and she does keep her family and her personal life to herself, as she should.

10. Family is Most Important

While she loves her job and the work she does, and she loves to model and share on social media, Isis Valverde also understands that there is nothing in her life that is more important to her than her family. She recognizes that they are the best of the best. She knows that they mean more to her than anyone, and she is present and fully engaged with them when she is with them. They are her priority.