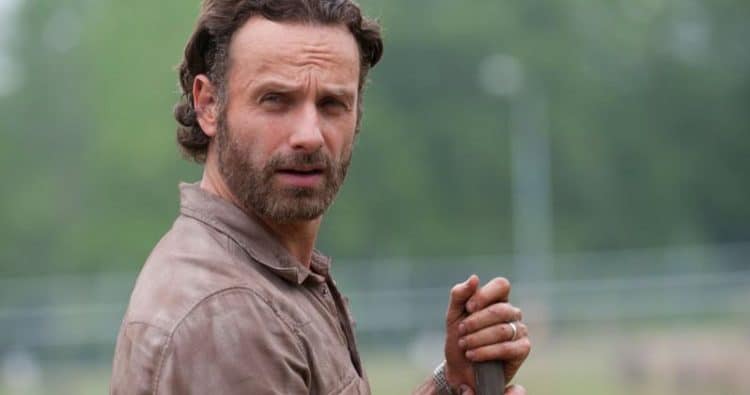 AMC’s courtroom nightmare isn’t over quite yet since the same judge that just ruled in favor of a massive $200 million dollar payout for Frank Darabont, the first showrunner for The Walking Dead has stated that Robert Kirkman and other plaintiffs will be allowed to bring up their own lawsuits against AMC for a matter of payments that they felt were due to them. Needless to say, AMC isn’t going to be having a good time for a bit since there’s no telling if they’re going to be made to pay out yet again or if they’re going to get to skate as they did once before in this matter. I would say that it’s so easy to just go and sue someone rather than work out another deal with them, but there’s a lot that goes into a lawsuit, and a lot of times it is the final decision to solving a problem. In matters of money, this appears to be the only way to get things done sometimes at least. One would hope that everyone could play nice eventually and agree on payment rather than causing a big issue that costs more than the matter is worth.

But it would appear that when people see dollar signs there’s nothing that stops them from going after another person, group, company, or whoever they’re at to give them a payout. But then, thinking that it’s all on Kirkman and others that have an issue with AMC might be a little bit short-sighted since if it’s just one person looking for a payday through a lawsuit, then it might be controversial. But when various other individuals start coming after the same target there are two main reasons why this might be so. One is that they’re jumping on the bandwagon thinking that AMC will settle just to get rid of the problem, and the second is that there’s a genuine gripe.

If AMC has been practicing shady business deals then it might be a bit of karma that’s biting them in the collective backside at the moment, but it’s tough to say without being a part of the proceedings or knowing someone who is. From the outside, it usually depends on who sounds as though they’re in the right and can be backed up by hard facts. But then again, each side can have their facts and their data and can be armed with a team of lawyers that are ready to fight on their behalf, and it’s still not easy to know who to side with. One would hope that getting paid in show business and using good business practices would be the norm, but that doesn’t appear to be the case since every now and then a lawsuit, a feud, or something negative is heard about since one person has an issue with another or they have a lawsuit pending with a company or someone else. It’s hard to understand this incessant need to sue people when a fair amount of lawsuits come down to settlements anyway, some of which sound pretty shady. Too many settlements sound like a way of admitting guilt without coming right out and saying it.

That’s not always the case of course, since settlements are a way of compromising and getting the problem over and done with. But seriously, Kirkman and whoever else are seeking to sue do kind of bring to mind opportunistic scavengers that might have been waiting around the fringes to come and take their hunk out of AMC once Frank Darabont was done. That might not be how it is, but that’s one point of view at least, and it’s one that a lot of people might agree with. How the lawsuits will go is up in the air at the moment since the matter between Kirkman and AMC was settled a while ago, but the judge is apparently allowing things to be opened up again in another manner. While there’s definitely legal precedent for it, this still feels as though Kirkman and others are coming to finish what Darabont started, taking their pound of flesh, so to speak. Trying to figure out which way to turn on this matter is a little difficult since it would mean sympathizing with one side or the other.

As of now, it’s safer to simply stand back and let things unfold and possibly wonder if AMC is going to be able to withstand whatever might happen. Given the massive payout that it just went through, one can only imagine what would happen if Kirkman and anyone else managed to win another big payout. AMC might be feeling the walls closing in at the moment, but nothing’s over quite yet. As the situation unfolds there will be more information for certain, and we’ll just have to wait and see what happens.