Home
Movies
It Looks Like a Green Hornet Reboot is Happening 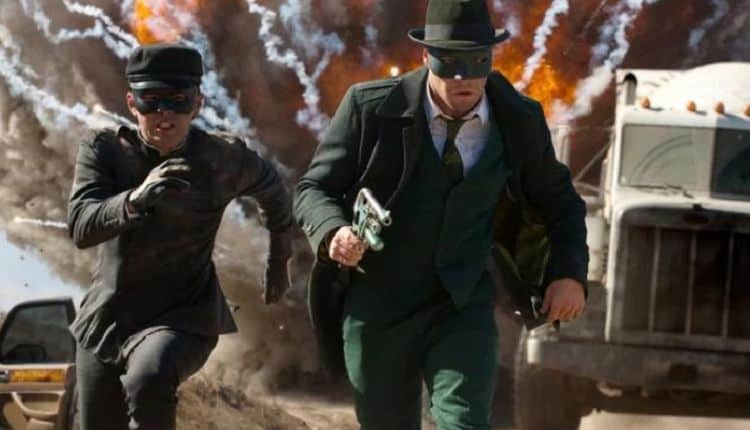 It’s easy to stop being surprised by reboots since really this is the time for them as a lot of people tend to think, and The Green Hornet is likely one that needed it anyway. While it recouped its budget and went even further, The Green Hornet was seen as less than effective as an action comedy since Seth Rogen and Jay Chou just didn’t have the kind of chemistry that was need to really make the movie work. Plus, the idea of a rich socialite suddenly becoming a vigilante that basically had no formal training and couldn’t fight his way out of a wet paper bag was kind of off-putting given that Kato was the real muscle when it came to the duo. According to George Marston of Newsarama the reboot that is being considered won’t have anything to do with the version that Rogen and Chou came up with almost a decade ago, which might make a lot of people more hopeful that it could be something that would be worth taking a look at. So far there’s not a lot of information to go on when it comes to the cast or the release date since it would appear that this movie is more of an idea and a desire at this time than a reality waiting to be fleshed out.

A big hope of course is that this next version will be something that’s less comedy and more hard-hitting action since a lot of fans that know anything about the Green Hornet were likely shaking their heads at the most recent version since it diverted from the legendary crime fighter in a way that was supposed to be comical but ended up being entirely cringe-worthy. As Dan Seddon of Digital Spy reminds us not even the presence of the great Christoph Waltz could save this movie from the inevitable dousing it would take by the fans and the critics. This is one of those movies that proves that the box office numbers aren’t everything since for years now people have been content to forget about this movie and just let it be known that it might have happened, but it wasn’t bound to be remembered fondly. Talk such as this usually reveals a lot of personal bias, but in the past Seth Rogen has been a funny and engaging character in a lot of movies. However, seeing him as a superhero just wasn’t the role he was meant to play and it didn’t do him any favors in terms of keeping his popularity among a lot of fans. It’s fair to say that no one turned their backs on him after this, but it was difficult to think that he’d made such an obvious flaw in thinking that this movie would be a good idea.

Eric Francisco of Inverse actually makes it sound more exciting by revealing that the next version of the movie will be darker and will give Britt a much more serious lean since it does appear as though the idea is to make him a straight-up badass instead of the goofy character that Rogen attempted to make into a superhero. There’s something alluring about a hero that’s meant to be more thug-like at times since it gives such characters a heavier hand when dealing with crime and therefore a stance that many people would prefer since other heroes such as Superman and many others, with or without powers, tend to go quite easy on the bad guys and let them off with a jail sentence at worst, meaning that they can plot and think how to escape or at least how to gain their revenge, when heroes such as the Punisher and, hopefully, the Green Hornet are more likely to deliver a brand of justice that’s a little a more permanent. There’s no need to make any character a straight-up maniacal killer, but there are times when heroes that are more apt to eliminate a dangerous threat are preferred to those that will just beat them up and send them to jail. The idea of Britt being a media mogul isn’t something that needs to be dumped since it’s been a part of the character since the original, as has the idea that he and Kato are seen as villains. But if they’re going to be seen as villains then it might be time to let them off the chain and allow the duo to finally deal a lot harsher brand of justice than the last movie allowed.

Normally I’m one of the many to say ‘hell no’ to the idea of a reboot, but there are times when it would appear that such a thing is need and can’t really be avoided. This is definitely one of those times, so hopefully things work out with this next attempt.