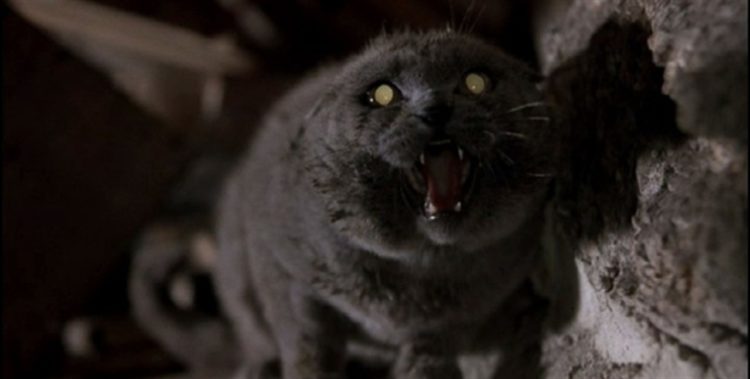 It sounds as though another of Stephen King’s popular stories, Pet Sematary, is getting a prequel this time around, but not much else is known about at this time other than Lorenzo di Bonaventura and Jeff Buhler will be taking over the project, which is nice to hear since they produced and directed the 2019 adaptation. Apart from that, there’s not much else to say since there’s nothing else being offered at this time. One thing that is bound to become a snag is the fact that if people recall, the land that was responsible for the conversion of regular pets and people into demonic versions of themselves was once inhabited by the Mi’kmaq tribe as it was stated in the movie and the book, and there are some folks that believe that this will be too offensive to keep in the backstory, meaning the prequel might need to change in order to avoid harming anyone’s feelings. The downside of this would be that altering the story this much has been attempted in King stories in the past, and it’s never had that great of an effect since fans want to see what King wrote put into action, the idea that something terrible might have happened that turned the land against the people. The effect of ‘woke’ or cancel culture, if that’s is bound to happen, is akin to an irate elderly woman washing away a child’s chalk drawing in a public parking space. If you need a better explanation, it’s the desire to see ideas changed and in some cases expunged simply because people don’t like them.

One thing that folks need to remember is that this is a story and a fictional one at that. Despite the fact that the Mi’kmaq tribe is real and still exists, this is a fictional tale that does not denigrate them in any manner and tells a FICTIONAL tale of how their land became soured through a curse laid down by the Wendigo, the dreadful spirit that King used in his story to explain why the ground was cursed. If someone can give a reasonable explanation of why this would be offensive, and make sense that a fictional retelling would harm anyone, then they’re welcome to try, but otherwise, a prequel featuring the beginning of how the curse took hold and how it came to be seen as cursed land would be kind of a good idea since it would take things back to the beginning and possibly up towards modern times if that’s the plan. Even the mention of this being offensive is beyond ridiculous simply because of the fictional nature of it, as there wouldn’t be any need to bring in anything that might even remotely state that the tribe did anything wrong to earn such a fate. Instead, going by the very nature of a King story it could happen that the Wendigo could simply have a bone to pick with humanity as an evil spirit and go about doing what comes naturally to it. Giving a reason to this would be up to the producer and director, but ultimately it feels as though trying to apply cultural appropriation or state that it would be in any way offensive is little more than virtue signaling for the sake of virtue signaling.

Getting back to the task at hand, this prequel could be insanely interesting and it wouldn’t have to go back as far as all that since as Jud laid it down in the book and in the movies, anything buried in the ground since the tribe abandoned the lands has a way of coming back, meaning that after the tribe left and the town of Ludlow was founded it could be that pets started reappearing, people started coming back, and the town just kept it as quiet as possible. But changing up this entire story would be a huge mistake since this has actually been one of King’s more popular stories since many people can remember reading it at night and being scared to go to sleep, as people have done with his novels for many years. The very idea of burying a beloved pet or loved one and watching them come back to life only to murder and destroy, or consume anyone that they come across, is something that many people could easily admit is something that might keep a person up at night. The prequel sounds like a good idea, but given that it wasn’t written by King one has to realize that it might take a great deal of liberty with the story and could even deviate in a way that might not be recognizable, which would be a big risk and kind of a shame. If there’s one thing that needs to be realized in Hollywood though, it’s that keeping a story that people love intact is usually a good idea.