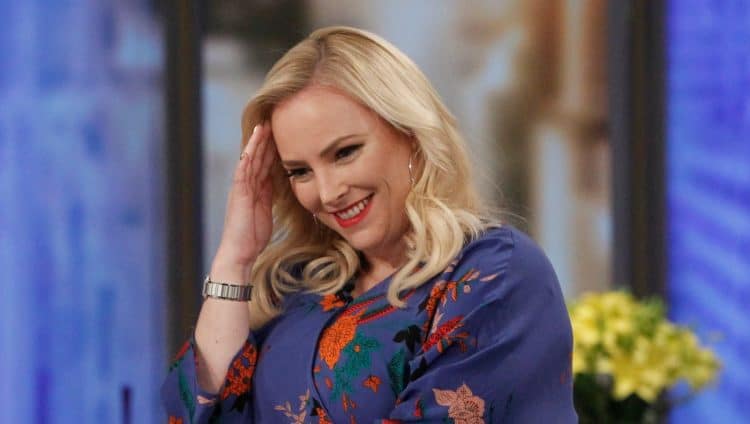 If you happen to read the article in the Orlando Sentinel by Hal Boedeker you might be given one impression or another as to why Meghan McCain might be needing to leave the view, and it could be a matter of public opinion that forces one or the other into the spotlight. One might be that she’s just tired of the show and feels worn out, which could lead to a lot more discussion as to why and how this happened. The other reason could be more politically-based since three different presidential hopefuls are making their way to the show and it’s believed that Meghan’s conservative views might cause her to stand out when speaking to such individuals as Kamala Harris or Michael Bennet, both who are Democrats and might not fully agree with McCain’s ideals. This could be construed as the reason she’s leaving anyway in the minds of some since in some ways it almost sounds as though the Democratic party is really starting to gain momentum and might be thinking that they’ll be taking over in the White House come 2020. Leaving that alone for the moment it would seem that McCain is adamant however about needing to step away since she’s not entirely satisfied with where she’s at right now, and could be looking elsewhere in the near future.

Christina Montford from the Showbiz CheatSheet however seems to think that Meghan might actually be coming back sooner than people think since it sounds as though despite the constant back and forth between her and her fellow co-hosts, who obviously don’t share her conservative views, Meghan does seem to recognize the importance of this platform. But the idea that she feels the need to continually defend her ideals and those of many others on the show could be part of the reason why she needs to step down. There’s no way to miss the fact that the other women on The View are firmly against President Trump and will gladly talk down any viewpoint that tries to paint him in even a halfway decent light. While there are a lot of issues with Trump the idea of feeling the need to defend him and the views that he tries to push is too much for one person when faced with multiple points of view that are so deeply rooted and are believed to be stronger than any one person. In this light Meghan needs to find another venue that might offer her a more balanced arena where she can still contend with opposing views but not have to fight back continually against a host of liberal ideals that are firmly entrenched and won’t be moved.

This could make it sound as though Meghan and those that are supporting her are whining that it’s not fair that her views are under such constant scrutiny and such could be a justified point of view if not for the simple fact that liberal ideas can be, but aren’t always, a bit difficult to contend with. Such a practice can be extremely draining for anyone that attempts to bring logic into the discussion only to be talked over and shouted down repeatedly, which ironically does happen on a show that is fielded by an all-woman cast in an era when female empowerment is considered to be of the utmost importance. There’s not a lot about this matter that doesn’t seem politically-charged and unfortunately with 2020 starting to loom ever closer it doesn’t seem as though we’re going to see anything less when it comes to those whose views are seen to oppose whatever majority happens to rest on a given panel. Whether or not McCain is going to come back to the show is still up for debate it would seem since she’s simply tired and ready to take a break it sounds like, but might not want to leave entirely.

An article on Fox News written by Mara Siegler seems to indicate that Meghan and co-host Sunny Hostin might be causing the undue stress, but it’s also very likely that her time around Joy Behar and the others is doing just as much, as McCain and Behar have gone against one another at least a couple of times in the past. As I already stated it’s a bit difficult for anyone with an opposing viewpoint to speak out on a panel that is so firmly set against their views, though Meghan has been doing her best in trying to hold the conservative side of the table, which is quite small on The View. By leaving and finding another program to be a part of however she might find somewhere that might be a little more balanced and could possibly offer her a bit of backup in terms of her ideals and her political views. If not, then The View is likely to remain as much of a problem as it’s been already.