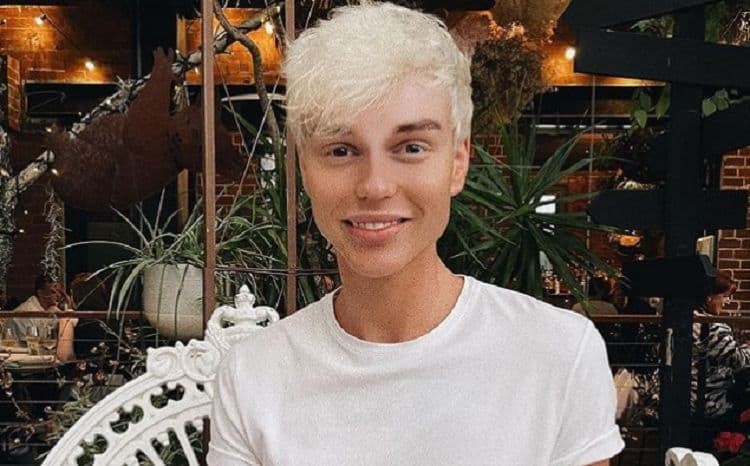 When “I’m a Celebrity…Get Me Out of Here,” aired recently, it showcased a long list of famous people taking part in the reality series. One such famous person is Jack Vidgen. He’s an Australian celebrity that many recognize and many don’t if they don’t pay attention to Aussie news, and he’s making some serious headlines in his new role as a reality star. Why is he famous? He’s the winner of season five of “Australia’s Got Talent,” which aired in 2011, and he was a finalist (of the semi-finalist variety) on the eighth season of “The Voice Australia,” when that aired. Now that he’s on the show, people who don’t know much about him want to get to know more about him, so we are bringing you the information you want.

He’s a very young man. He was making waves on television shows back in 2011, and the was only 14 at the time. His date of birth is January 17, 1997. This means he’s only 23, though he will turn 24 later this month. He’s accomplished a lot at this age, and it’s been a very exciting time in his life.

2. He’s Always Been a Performer

Before he was reality singer famous, he was a young man who did a lot of public singing. He spent many years around the time he turned 10 performing at public venues and singing in public settings for an audience. This might explain why he’s so comfortable with so many things, and it’s such a blessing to him.

The thing is that when you learn to play an instrument, you typically need someone to teach you. It’s not easy, but he did it all on his own. He plays both the guitar and the piano, and he’s self-taught in both aspects. We imagine this speaks to his sheer talent and musical ability because we couldn’t learn to play the piano well with a teacher over the course of many years growing up.

The young Australian was in high school when he was the winner of “Australia’s Got Talent,” back in 2011. Following his win, he knew he wasn’t going to go back to school. He had a career to focus on, so he withdrew from his school and he was a distance learner before distance learning was an unfortunate mandate in many areas of the world.

5. He’s Open About His Transformation

One thing that the young star has been very candid about is the work he’s done to his body. He’s been very honest about the fact that he had to take the time away from the spotlight to grow up and mature, and that he wasn’t feeling overly confident. Rather than lying about his appearance as so many do, however, he made it very clear that he is getting lip injections, and that they’ve made him feel a lot more confident. He’s just a great example that you can make changes that you don’t have to be ashamed of.

It was a gross year for many people, but it was especially difficult for the young star. He was introduced to a live-in rehab facility in the summer of 2020. He required treatment for substance abuse, and he had to get the help he needed so that he could learn to grow up and take responsibility and be accountable for his own actions. It’s not an easy thing to deal with, but he seems to be dealing with it and overcoming his addictions one day at a time.

Growing up on national television and in the spotlight cannot be easy, and it was not for this young star. He didn’t feel good about himself. He didn’t really know where he belonged. He struggled, and it seems that he’s finally in a place where he recognizes who he is, who he wants to be, and how he will get there in his life. He’s finally feeling good and confident, and we hope he can hold on to that feeling.

Many people his age share all the things on the internet, but he’s not one of them. He takes time for himself. He doesn’t share every single thing he’s doing or that he is up to, but that only makes his fans want to see more of him.

It was 2014 when the then-teen had an emergency surgery to remove a tumor from behind his eye. It was later reported that the tumor was a form of brain cancer, and that he was very fortunate to still be alive. He doesn’t speak much about that time, but we get it. It’s a dark period, and it’s not something he should have to relive if he’s not happy to do so.

At the age of 23, he’s overcome brain cancer, he grew up in the spotlight being one of the most famous people in Australia. He’s been a reality star, he’s decided to recover from substance abuse, he’s learned to become comfortable in his own body and with himself, and he’s making serious strides. These are not things to take lightly, and it just goes to show how strong he really is.