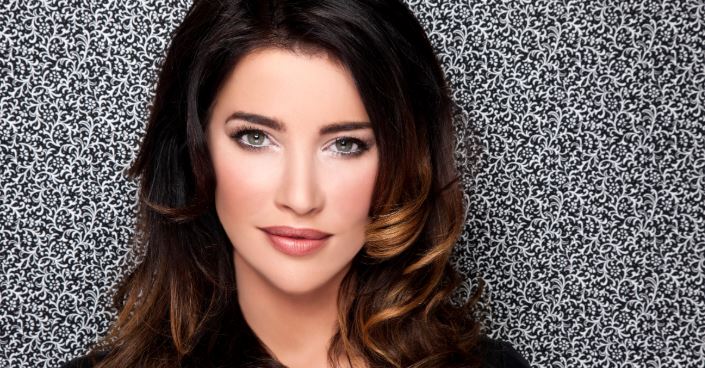 The Bold and the Beautiful fans aren’t sure who they want to see with Liam these days, but we can safely say that Steffy is one of the main contenders. She’s currently the mother of his child, his most recent wife and ex-wife, and his current fiancÃ©. And that’s not all. She’s played by the actress Jacqueline MacInnes Wood, who has been part of the business since she turned 18. She’s everyone’s favorite Liam contender right now, but what else don’t we know about the actress who plays this role?

She was born in Winsor, Ontario in 1987. She was raised in Canada, but she currently resides in the United States so she can film her role as Steffy. She spent her childhood, and even worked on a few movies and series, in Canada. It’s her home, but she does enjoy both her home country and the US.

She is not just a talented actress. She’s also a talented singer, and she is working hard to ensure she is able to do both when she sees fit. She wrote and sings an album along with her stylist, which is something we think is a lot of fun. She’s got a lot to work with.

If there is one thing that Wood finds very important, it’s animals. She’s an active role model for those who want to protect animals, and she’s very active in supporting them any chance she gets. If you visit any of her social media profiles, you can easily see she’s a big supporter of the animal population.

She’s not been married, and she doesn’t have kids. She is, however, engaged to be married. This is a departure from her role as Steffy. She was engaged in 2017, and she’s yet to announce a wedding date or share any real details with fans. Her fiancÃ© is Elan Ruspoli.

Her craft is very important to her, and she’s always taken in seriously. She really got her start in commercials, but she wanted to be good at what she did. She took acting classes at the Ryerson University Centre for the Arts. She’s good at what she does, and this unquestionably helped her out.

We already told you she’s a woman of many talents. She’s not only an actress and a singer, she’s also a DJ. She’s done several events, and she enjoys being on the stage. It might not be her day job, but she does have some capabilities.

She’s been nominated three times for her role as Steffy. She’s yet to win any of them, but she’s also up against some seriously good actresses in the same role on different shows. It just goes to show you can be very good at what you do and still not win an award — but you can just continue to work much harder.

One of the things she enjoys the most about her role is that it’s different from her real life. She is nothing like Steffy, and she is appreciative of that. However, she also finds it a lot of fun to get to be someone she so clearly is not on a regularly basis. That would be fun, don’t you think?

She spent time hosting a show on the E! network a few years back. She did 8 episodes, which was the number announced when she was first given the job, and she killed it. She is seriously good at keeping her resume looking good and strong.

There’s not much we can say for her except that she does have some famous family. Her uncle is a famous Scottish highland singer by the name of Alasdair Gillies. Her sister’s late husband is NHL player Bob Probert. It seems she is no stranger to the spotlight, but that’s a fact. She’s been Steffy for more than ten years now, which is a big deal for someone who is only 31. She’s also the only person to ever portray the character since the little girl was rapidly aged.