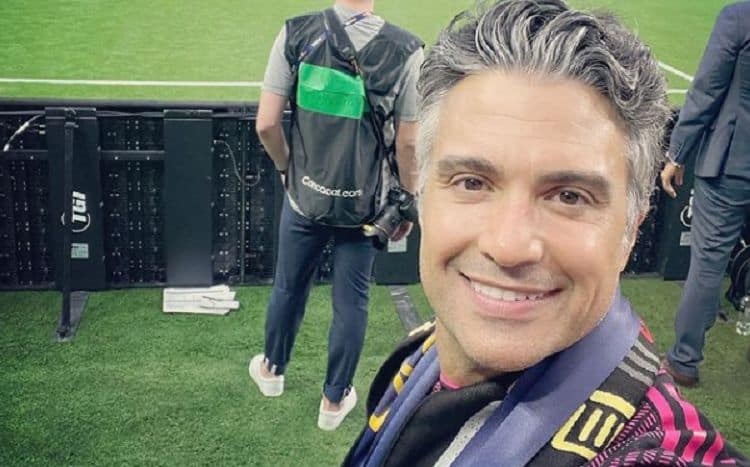 Born and raised in Mexico, Jaime Camil’s talents have allowed him to become known all over the world. Since making his on-screen acting debut more than 20 years ago, he has built a solid resume that now includes 50 credits. He has been in a wide variety of projects, but many people will recognize him best from his role as Rogelio De La Vega in Jane the Virgin. His ability to be versatile has opened countless doors for him and will likely open even more in the future. Jaime currently has a few projects in the works that will be released over the next couple of years. Continue reading to learn 10 things you didn’t know about Jaime Camil.

1. He Is A Great Voice Actor

Jaime’s live-action work is what most people are familiar with, but he has also had a very successful voice acting career. He has been a part of several successful animated projects such as the TV series Ducktales and Elena of Avalor. He also did some voice work in the movie The Secret Life of Pets 2.

Acting has been the main focus of Jaime’s career for many years. However, it’s not the only part of the entertainment industry that he is interested in. He has also spent some time behind the camera. He made his debut as a producer in 2012 with the film Chiapas the Heart of Coffee. He was also the executive producer on several episodes of Broke. It seems very likely that we’ll see him do even more-behind-the scenes work in the years to come.

Jaime is a formally trained actor, but the arts aren’t the only area where he’s focused his studies. He attended Universidad Anáhuac where he earned a bachelor’s degree in business administration. Like lots of other people, he ended up on a career path that has nothing to do with his degree.

4. He Got His Start In Radio

Being in front of the camera is certainly Jaime’s forte, but when he started his career he was in a whole different part of the business. Jaime got his start in the entertainment industry in 1993 as a radio commentator. Just a couple of years later, he got his first opportunity to be on TV.

5. He Has Been On Broadway

TV and film roles may be more lucrative than working in theater, but the stage will always have a special place in Jaime’s heart. He has been in several theater productions of the years including the Broadway runs of The Mambo Kings, Chicago, and Latinologues. Jaime has also done several Mexican theater productions.

Being an actor may be the job that pays the bills, but being a husband and father are the jobs that truly mean the most to Jaime. Jaime has been married to actress/model Heidi Balvanera since 2013. The couple has two children together. The family splits their time between Los Angeles and Mexico. When he has time off from work, you can typically find him spending it with his family.

Anyone who has ever tried to learn another language knows that it’s an extremely challenging thing to do. That being said, being able to speak more than one language is certainly impressive. In addition to English and Spanish, Jaime also speaks French and Portuguese.

Most people would probably refer to Jaime as an actor, but what he really is is an all-around performer. On top of being a great actor, he is also a very talented singer who was formally trained in opera. Jaime has released two albums although it’s been almost 20 years since his sophomore project. We weren’t able to find any information on whether he plans to release more music.

9. He Is Very Adventurous

There are lots of people in the world who are afraid to try new things. However, Jaime isn’t one of them. On the contrary, he welcomes new experiences and he loves any opportunity for a good adrenaline rush. He enjoys all kinds of exciting activities such as waterskiing, sky diving, and snowboarding.

10. He Isn’t Afraid To Get A Little Political

Politics are a topic that most people tend to shy away from. After all, we know how heated things can be when anything involving politics enters the chat. Jaime, however, has no problem making his political viewpoints known and he has been vocal on social media about the fact that he supports the election of president Joe Biden.