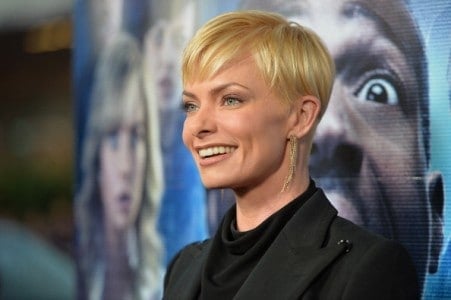 Mom star Jaime Pressly is no stranger to hit television shows, primetime or fame. She’s been working most of her adult life on hit shows that people adore, and she has no intention on stopping anytime soon. She’s good at what she does, and she is well aware of it. What never ceases to amaze us, however, is that she is so famous yet she manages to keep herself out of the press, the tabloids and the gossip. She’s a gorgeous blonde and people love her, so how does she do it? Frankly, she doesn’t treat herself like a major star; and it’s paying off for her.

When she was younger, she faced the pressures that often come along with being a famous young actress and model. She suffered from an eating disorder for which she obtained help and was able to overcome her body issues.

She’s been on her own since she was 15

It’s not that she doesn’t have a relationship with her family or anything, she just wanted to pursue her own career and do her own thing, so she did. Even though she was only 15, she made it work and did it up to make her parents proud.

Her mother is a dance instructor and her father a salesman, and they’ve always instilled in her the value of hard work and dedication. Perhaps that’s what made it so easy for her to find the fame she currently has.

In her family and in some circles, there is a rumor that she is a distant relative of the greatest musician of all time. There is no concrete proof of that, of course, but there are rumors and she doesn’t mind them.

She prefers to forgo love scenes