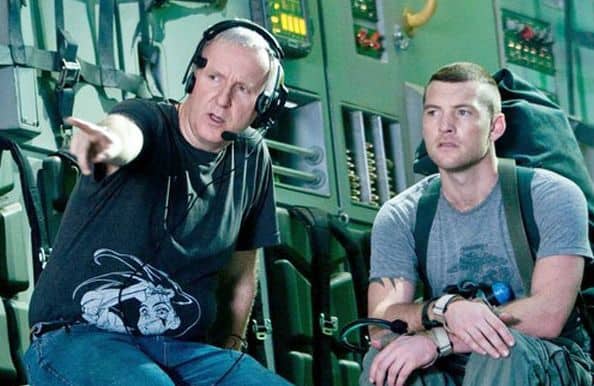 It appears that James Cameron and his time have hit a milestone with the Avatar franchise.Â  They may very well be done with the writing but not just of the sequel, but of an Avatar 3, 4, and possibly five.Â Â  Cameron has been busy away at the Avatar franchise and this thing looks to be enormous when all is said and done.Â  From the interview I get the feeling that he’s essentially dedicating the rest of his life to these projects:

In a recent interview with The Daily Beast, Cameron had as much to say, as well as how to make a relevant Terminator film.

The thing is, my focus isn’t on Avatar 2. My focus is on Avatar 2, 3, 4 and 5 equally. That’s exactly how I’m approaching it. They’ve all been developed equally. I’ve just finished the script to Avatar 5. I’m now starting the process of active prep. I’ll be working with the actors in the capture volume in August, so I’m booked in production every day between now and then. Our volume is up and running, and everything is designed, and so we’re going full-guns right now. I feel like I’ve been let out of jail, because I’ve been in the writing cave for the last two years. I’m actually enjoying life. I don’t enjoy writing. I wouldn’t wish writing on a dog.

Pretty amazing that Cameron doesn’t even like writing and yet he’s so god at it.Â  But yeah, it’s obvious that Cameron has been somewhat recluse as this quote demonstrates.Â  It looks like he’s ready to unleash fury on the film world.Â  As for Terminator….

You might also remember us talking about a new Terminator film which doesn’t just sound like talk but actual reality.Â  Cameron himself was actually a fan of Terminator Genisys which shocked a lot of people but that certainly kept the door open for him being involved in a resurrection of the franchise with he being involved.

This is Cameron when talking about a Terminator Movie

It’s really just stumbled along, trying to find its voice again. There’s probably some degree to where it’s lost relevance, you know? Maybe the things that made it good back then are kind of a yawn now. It’s easy to remember fondly the things that kick off a franchise. It’s hard to keep a franchise vigorous, and relevant. I haven’t had my hand on the tiller since Terminator 2, and that was 1991. So what’s that? Twenty-six years? But look, I think it’s possible to tell a great Terminator story now, and it’s relevant. We live in a digital age, and Terminator ultimately, if you can slow it down, is about our relationship with our own technology, and how our technology can reflect back to us–and in the movie, literally, in a human form that is a nemesis and a threat. But also in those movies, in the two that I did, it’s about how we dehumanize ourselves. In a time when people are being absorbed by their virtual-social world, I mean, just look around. I always say: if Terminator was about the war between the humans and the machines, look around any restaurant or airport lounge and tell me the machines haven’t won when every human you see is enslaved to their device. So could you make a relevant Terminator film now? Absolutely.

One thing is for certain.Â  Whatever Cameron gets involved in for the next decade is going to be huge and frankly I think all of us can’t wait.