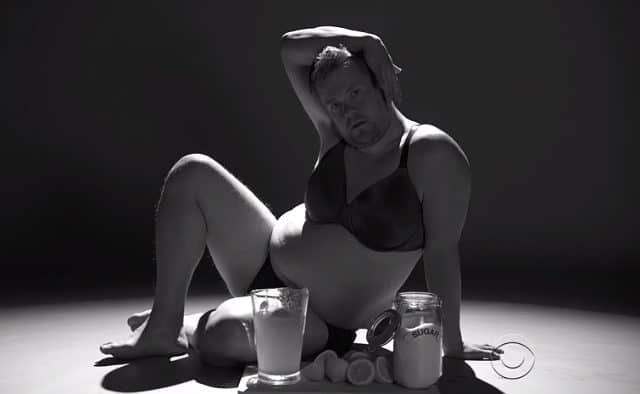 You know you’re a major part of the national conversation when you’re being discussed on late night television. All three late night shows had some joke or gag running about the BeyoncÃ© album Lemonade – which literally just came out Saturday night! However, on CBS’s Late Late Show, Â James Corden wasted no time in doing an epic parody it – Â and for my money, he goes to the head of the class! Check out the full James Corden Lemonade parody below!

Talk about going full-out! Corden has the hair, the tone and general attitude of BeyoncÃ© down. Of course, his topics are aren’t that serious:

As for his “LemonJames” controversy…I wonder which late night Jimmy is the one he thinks has the good hair?

Yet, even in this over-the-top skit, Corden manages to take yet another swipe at the Republican front-runner Donald Trump. Â The line about feeling dirty every time he tells a joke about Trump is funny, but also points out how Trump himself is seen as playing to negativity and strife. Â Is Trump practicing dirty politics? Not in terms of legality, but Trump is the guy who’s said things like this:

Yeah, just repeating some of the things he’s said can make a person feel tainted…. Â I’ll probably need a shower after writing this article…..

Corden loves music and musicians, and he only parodies the best. Â It’s no wonder that as soon as he experienced BeyoncÃ©’sÂ LemonadeÂ he was inspired to do something to show the world how much he loved the album. Â I mean, the guy was lounging in a black bra and panties! Going that far to intimateÂ BeyoncÃ©’s hard-core fierceness? That, is absolutely true love!