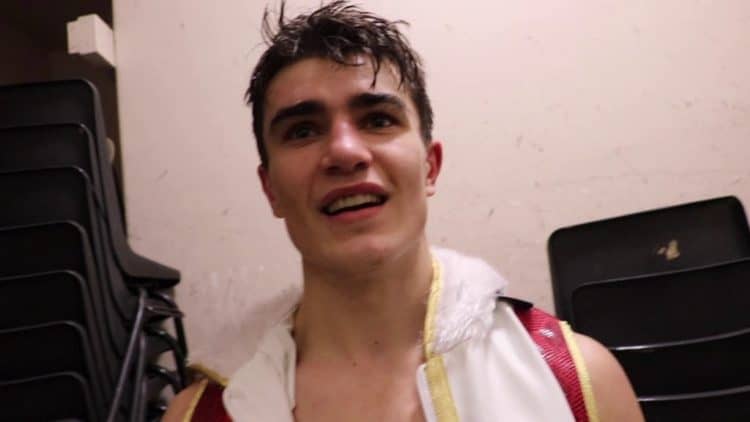 James Hawley has always been good in the ring, but it looks like he’s not doing so well outside of it right now. The pro boxer is in hot water – as in, dropped by his management company – after making some exceptionally homophobic comments in the press. He’s currently not living his best life, and people are looking to get to know more about the man who managed to ruin his own reputation in about a minute flat. It’s not going well for him right now, so we thought we’d look into his life and see if this is a pattern.

We are big fans of giving everyone the benefit of the doubt that they are imperfect and sometimes say things in the heat of the moment, but this is a young man who is already 21. He might be young, but he’s old enough to know better. While he’s entitled to his own opinion and no one will argue with that, the way he chose to respond to a simple question with such a disgusting answer just doesn’t work.

2. He Doesn’t Support the LGBT Community

Of course, you know this after his rant. We will mention again that everyone is entitled to their own opinion about everything in the world, but we maintain that no one should be inappropriate or disrespectful about their opinions. James Hawley, however, was more than disrespectful. When a fan asked him if he “supports LGBT,” he said, “I a thousand and million percent do not agree with this, no,” which is his opinion. We can’t change his opinion, but he could have really just left it at that. He did not, though, and went on to post a video calling the LGBT community some of the ugliest names imaginable. He took it too far.

3. He Claims His Words Were Out of Anger

His management team dropped him, he had to delete his TikTok account, and fans turned on him fast. He then went to his Instagram stories to tell the world that he did not mean for his words to sound as if he was talking about anyone who is part of this community as a person, but out of anger when he was sent many inappropriate messages from “Members of the gay public,” (his words, not ours).

He makes it very clear in his apology that he “understands girls getting with each other all the time in parties and all things like that. I don’t care. I haven’t got a problem. I’d want them to get with each other in front of me,” according to his Instagram apology. May we go on record saying that this does not shock us in the least?

5. He’s Not Okay with Gay and Transgender Men

He has a problem with men who do not like women, and with men who want to change their gender. He stated in his apology video, “But boys, on the other hand, and transgenders, something serious wrong with them,” and goes on to discuss this in a way we just aren’t comfortable repeating. We are not shocked by this one, either, and we stand by his management team for dropping him after comments like these.

6. He Feels His Dismissal is Unfair

After his management company decided to drop him as a client, he came out and said that it’s unfair. Which, incidentally, is the same phrase my 6-year-old son uses when I tell him he cannot have cookies for breakfast, but that’s beside the point.

We don’t care to be rude, but we do have to point out that there is a good chance that he is unfamiliar with what it means to believe in something. He said that he would like the opportunity to prove that these comments were, “an attack out of anger, and not what I believe,” when his entire rant seems very “I” focused.

He’s a British middleweight boxer who has been at this for years. He was managed by his team, allowed to fight, and he’s done well in his career up to this point. His one rant on the internet was enough to potentially cost him his career. He will very likely find it impossible to find another management company to represent him in the current climate.

We’ve been trolling the internet to see if there are even a few people backing him, and we cannot seem to find any. He is, however, being obliterated by the press and by his former fans and people who heard his rant after he went public with it.

Now that he’s made these comments, lost his management, and done what he’s done, he might find it difficult to get back to work. We currently live in a world that is no longer tolerant of this type of outrage, and we get it.