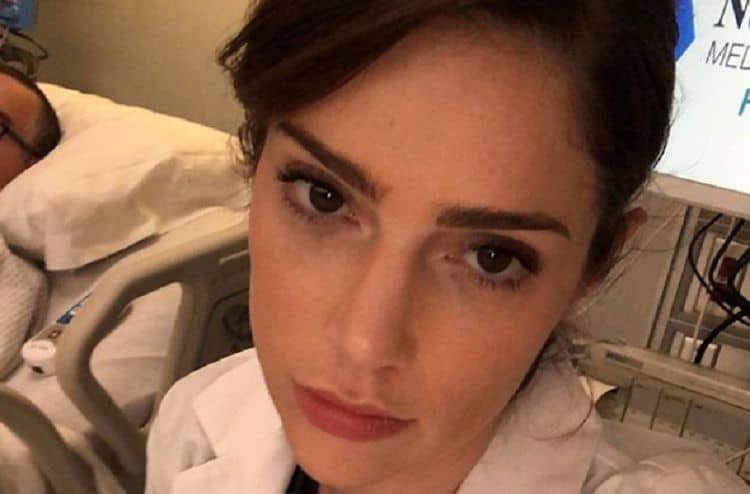 Janet Montgomery is an English actress who is best known for her performance in the role of Ames in teh Fox television series “Human Target.” She’s a seasoned actress who has appeared in many film and television roles. She also has a good following of fans who would like to know more about her. We were interested in knowing a little more about her past and what led her into the acting profession. After looking into her history, we learned some very interesting things about her that we’d like to share. Here are 10 things about Janet Montgomery that you didn’t know.

1. She started in a different profession

Prior to becoming an actress, Janet Montgomery had another passion. Her first love was dancing. She received professional training at the Stella Mann College of Performing Arts in Bedford, England. Something happened while she was in training and she realized that she had a fondness for acting. She changed her mind about her career path and instead of continuing as a dancer, she made the switch to acting.

Janet’s career path to becoming a professional actress wasn’t all smooth sailing. She had a definite lack of drama school training in her portfolio. After all, she had been trained as a dancer, not an actress. This made it difficult for her to find representation as an actress when she first started. What helped a great deal was producing a play with Gethin Anthony, her friend, and this helped to open a few doors for her professionally.

3. She has family in the entertainment business

We learned that Janet Montgomery is related to others who are in the entertainment business. Her uncle is Mike Montgomery, who goes by “Monty.” He is the bassist for a band called Zoot Money’s Big Roll Band. Her brother is also an actor. His name is Jason Montgomery. Janet is the elder sister of Jason. She was born in 1985, which makes her 34 as of 2019.

4. Janet is in a relationship

For those of you who have been wondering if Janet is single, we can tell you that she is not married, but she is in a romantic relationship. She is dating Joe Fox, a creative copywriter. The two have been a couple since near the end of 2017. They welcomed their first child, a little girl into the world in 2019, so yes, Janet is a mom and she has started a family of her own.

5. She got her first real break because of an audition tape

When Janet was first getting into the acting business, it was difficult for her to get her foot in the door. While it helped to produce a play with one of her close friends, she also caught a break when she caught Stephen Poliakoff’s attention. She had sent the audition tape to Andy Prior, who was the casting director. Poliakoff saw the audition tape and she was cast in the role of Sarah in the five-part miniseries “Dancing on the Edge. This was a BBC Two special which aired on February 4, 2013.

6. She recently had a health scare

Everything seemed to be going well with Janet’s pregnancy until something unexpected came up. She had developed an infection in her uterus. This put her unborn baby girl in physical distress. It became necessary for Janet to be rushed to the hospital for an emergency Cesarean section. Her daughter was born March 1, 2019, and mom and baby both came through the ordeal in excellent health.

7. She had some disappointments in her career

Janet tested on two different occasions opposite Matt Damon. She was vying for the lead role in the 2011 film titled “The Adjustment Bureau. While it was a good sign that she had two screenings, it didn’t work out the way that she had hoped. After a long drawn out process, Emily Blunt was the actress who ended up being cast in the film. On another occasion, she was offered the role of the daughter in “The Blind Side,” released in 2009, but she couldn’t get out of a previous commitment to work on the film.

In addition to being a new mom this year, Janet is also a dog lover. She is the pet parent to her dog named Guthrie. Fans are always happy to hear when their favorite actor is on social media. You can catch up with her on her Instagram account at janeymontgomery. She’s made 1,802 posts and currently has 131,000 followers.

We also learned that Janet has joined the cast of the popular new television medical series “New Amsterdam.” This is a chance for her to diversity her acting portfolio, although she already has an impressive number of acting gigs to her credit. Prior to this, she starred in other television series including “Entourage,” “Human Target,” and “Made in Jersey,”

10. She moved to Los Angeles to pursue her acting career

After moving to Los Angeles, it didn’t take long until Janet landed her first acting role. She was cast in “The Hills Run Red,” a Dark Castle horror film released in 2009. She also appeared in the FX’s “The League,” that same year. She had broken through the obstacles and was able to secure regular work as an actress in the United States. She appeared in “Black Swan” as one of the dancers in 2010, and the following year appeared in “Our Idiot Brother.” In 2014, she was cast in roles in “Dancing on the Edge,” and “Spies of Warsaw,” and in 2014, she started filming as the female lead in the film “Salem.”