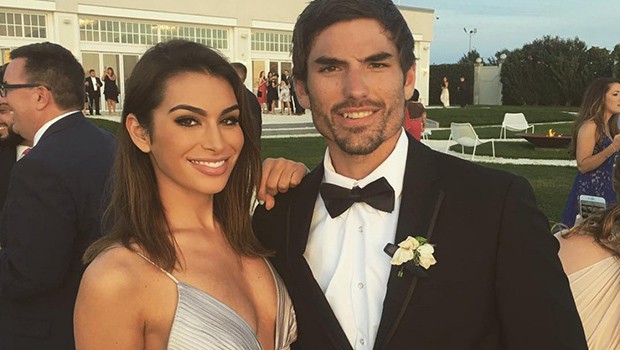 With all honesty Jared Haibon is famous for more than just his time spent on the Bachelor, but as a reality star and an actor it’s still not entirely easy to know anything about him unless you do a quick internet search that pulls up his credits. In many ways it’s hard to say that reality TV stars are in fact stars at times, but at least some of them have a background that allows for this since Jared, like some, is an aspiring actor that wants to do more with his career and is attempting to make it big in another venue that might help to stimulate his career. Whether he’s going to make it is in question just as much as it might be for many people, but at this point it seems as though his life is going just fine and that he can’t really complain about anything that much. In fact it might be safe to state that he’s doing quite well.

Here are a few things about Jared you might not have known.

A person might have to wonder how big of a deal this really is considering that many men and women have gone on these shows and a lot of them have done virtually nothing after their brief stint on TV.

9. Jared is classified as an actor.

He’s done a few things outside of the Bachelor but not quite enough that people would be falling over themselves in an attempt to get to know him on a more personal level. It could happen that his career might take a turn in the coming years and he’ll be more prominent, but we’ll have to wait and see.

Jared is worth a bit but it’s easy to see that he might be worth more if he can keep his career moving forward. If he continues to keep at it and find a role or two that can bust things wide open this number might go up in the years to come.

7. Jared and his fiance are considered a ‘power couple’.

It almost seems premature to call the two of them a power couple but taking into account the fact that both of them seem to be trending at this point it might be easy enough to imagine. But then again, popularity and prestige can rise and fall pretty quickly in show business so how long they’ll be considered this way is hard to say.

6. He was a restaurant manager at one point.

Jared did come from a more humble beginning than one might think as being a restaurant manager is quite a few steps below being an actor. But then again a lot of great actors started out in simple jobs that didn’t pay nearly as much, so there’s a good chance that we’ll continue to see him rising through the ranks.

He’s still relatively young so it’s fair to say that he has a lot of time on his hands to develop a career and make sure that he has something else to fall back on if he absolutely has to. Being young and talented does happen to mean that a person has at least a couple of very useful tools going for them.

4. He does have a decent following on social media.

His numbers are up in the thousands and might be rising if he’s currently trending but at the moment he does have a healthy number of people that want to know what’s going on in his life and are willing to follow what he’s doing.

3. There’s not a lot of information about his family online.

There are times a person has to wonder if this is done on purpose or if the media just doesn’t report on information that it doesn’t find pertinent at the time. After all some famous stars put a lot of information about their family online, but usually there’s a pretty good reason.

2. It’s unknown if he went to college at this time.

This wouldn’t exactly be a strike against him but all in all it would help if he was trying to do something else on the side to keep his fortunes running the way they need to later on in life. Having an education does kind of help now and again no matter what some might say.

1. Most of his fame seems to come from the Bachelor series.

Sometimes you’ve got to lean on what got you to the show just to keep going and so far this is how he’s known the best it would seem. Whether or not he really banks on it is hard to say but it’s likely that he still uses this when he can, or when he has to.

Maybe we’ll see him in a big production one of these days.