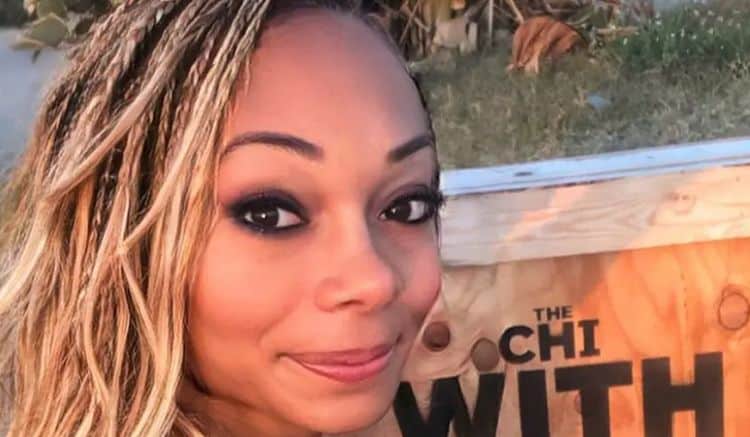 During its second season, The Chi was quickly on its way to becoming one of the best shows on Showtime. However, after the one of the main actors, Jason Mitchell, was fired, viewers weren’t sure what to expect. However, the show’s creator, Lena Waithe, promises that season 3 would be full of surprises, and she didn’t lie. In the very first episode of the season, we were introduced to a new character named Imani, portrayed by Jasmine Davis. By the second season, we learn that Jasmine’s character is trans, and it’s clear there are a lot more details about her life that will be unpacked over time. Now, people are just as excited to learn more about Jasmine as they are about Imani. Continue reading for 10 things you didn’t know about Jasmine Davis from The Chi.

1. She Hasn’t Been A Professional Actress For Long

Jasmine probably doesn’t look familiar to you, and that’s because she hasn’t had very many acting roles. She made her professional debut in 2015 and so far The Chi has been her most significant role. Prior to The Chi, she only had a handful of acting credits. Based on the way she’s brought Imani to life so far, I think we’ll be seeing a lot more of Jasmine in the future.

2. She Really Is Trans

Once it became clear that Imani was a transgender women, a lot of viewers began to wonder if the same was true for Jasmine. The answer is yes. Jasmine is a proud member of the trans community although, like Imani, she is often able to pass as a cis gender woman when she’s out in public. In fact, in real life, Jasmine just came out as trans about a year ago. She almost didn’t even read for the role because she didn’t want to be typecast as a trans woman who could only play trans characters.

In a lot of ways, playing Imani probably feels like home to Jasmine who was born and raised in Chicago. Although Chicago is known for being notoriously violent, there is much more to the city than that, and that’s something Jasmine is proud of. While she’ll always have love for The Windy City, she currently lives in Los Angeles.

4. She Went To Cosmetology School

Acting wasn’t always at the top of the career list for Jasmine. Prior to getting into acting, Jasmine was working as a hair dresser in Chicago, a line of work Imani is also interested in pursuing on The Chi. Jasmine studied cosmetology at the Pivot Point Cosmetology School in Illinois.

5. She Was Raised Catholic

Jasmine was raised in a conservative Catholic family where being a trans person simply wasn’t accepted. As a result, Jasmine’s gender identity drove a wedge between her and her family. This is part of what kept Jasmine in the closet for so long. Fortunately, though, her relationship with her family has improved.

Acting isn’t the only thing that has brought Jasmine in front of the camera. She has also been working as a model for several years and has gotten the opportunity to work with several brands. She has even campaigned for a spot on the cover of the infamous Maxim Magazine.

7. She Loves To Work Out

Jasmine is all about staying healthy and fit. She loves to workout as often as she can and she sometimes shares her exercise routines with her followers on social media. Not only does regular exercise keep Jasmine’s body looking good, but it’s also a good way to stay positive.

8. She Would Love To Play A Bond Girl

Jasmine is enjoying all the success and attention she’s been getting so far, but she’s already setting her sights on what she envisions for her future. Of course, every actor has a dream role that they would love to have the opportunity to play. For Jasmine, that role is a Bond girl.

9. She Learned How To Operate A Firearm

Jasmine’s character on The Chi isn’t someone you want to mess with, and Jasmine isn’t either. She told TV Guide, “I shoot guns. My last boyfriend, it was a sport for him, and he would teach me how to use firearms. I know how to shoot a .38 and a9mm. But my favorite is a Glock. They jam less, and they’re easy to grip. I’m a Glock girl.”

Despite the fact that she doesn’t have a lot of professional acting experience, Jasmine has all of the tools she needs to be successful. She trained at Second City in Chicago which is known for offering a wide variety of acting and writing classes for kids and adults.