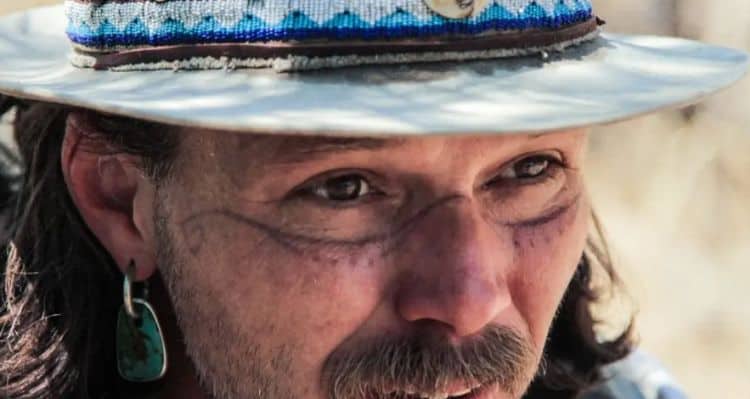 Have you ever wondered what it’s like to live in the wilderness and survive off the land? If so, Mountain Men is a show you should definitely tune into. Â Set in rural places all over the world, the cast is made up of men (and sometimes their families) work hard to survive and thrive in what most of the world would literally consider the middle of nowhere. Jason Hawk, who lives in the Ozarks with his family, is a mountain man through and through. He joined the cast in season 5, and most viewers would agree that he was a very welcome addition. Jason has learned how to make it through any situation, and his knowledge is incredibly impressive. Continue reading for 10 things you didn’t know about about Jason Hawk.

When you first saw Jason on Mountain Men, did you get the feeling that you’d seen him somewhere else before? That’s because you probably did. Prior to Mountain Men, he was on another History Channel series called No Man’s Land. The concept of the show was somewhat similar, but it only lasted for one season in 2014.

2. He’s Been Making Knives For Over 20 Years

Jason is a blacksmith by trade, and he specializes in forging blades. He has been his career in 1999, and has continue to create unique knives ever since. According to Jason, ” I create functional goods from natural and scrounged materials. I use the elements and traditional techniques, letting the tools leave there [sic] marks. Each detail is carefully worn to achieve a unique piece, with a rich time worn look and personality.”

3. His Son Is Following In His Foot Steps

If you’ve seen the show before, you may know that Jason has two children: a son and a daughter. His son, Kai, appears to be eager to follow in his father’s footsteps. Not only is he learning to survive off the land, but he’s also interested in learning more about blacksmithing and forging blades.

Jason lives a relatively simple life and doesn’t take advantage of many modern comforts, but that doesn’t mean that he hasn’t gotten the chance to get out and see the world. Thanks to his blade forging skills, Jason has been able to travel as far as rural Japan.

Even though Jason is the star of a reality show, he hasn’t bought into the oversharing that typically comes with that. Even compared to some of his cast mates, Jason is a very private person, and hasn’t revealed much information about his personal life unless it’s relevant to the show.

Now that he’s a bonafide reality TV star, you’d think Jason would be doing his best to capitalize that in every way possible. But the fact that he isn’t is just proof that he really is the person he shows us on TV. Jason does have social media accounts, he doesn’t seem to be that into them. He posts very infrequently and only has a little over 1,000 followers on Instagram.

As you can probably guess by the way he lives his life, Jason isn’t a huge fan of modern things. He says that most modern things have a tendency to be cheap and break quickly. Instead, he he prefers older things – at least things that appear older. He says, “I have always been fascinated by aged things, weather, time, and wear leave their mark, change is the only constant in nature.

Jason is originally from Arkansas where he spent most of his early life. According to his Facebook page, he lived in Montana while he attended Montana State University. Over the years, Jason has proven that he can survive in any terrain, but decided to move back to Arkansas with his family to give them the best chance to thrive.

9. He Has An Online Store

Since Jason basically lives off the grid, many people find it surprising that he has an online store – but he does. However, it doesn’t appear that the site is updated on a regular basis. His website is dedicated to selling his handcrafted knives, although he’s sold out at the moment.

Jason is a lot of things, a survivalist, a mountain man, a hunter – but most of all, what he truly is is a creator at heart. Jason has always loved to make things and he says he is “consumed by creation of functional works”. He also adds that the work he does is what keeps him grounded in this hectic world.