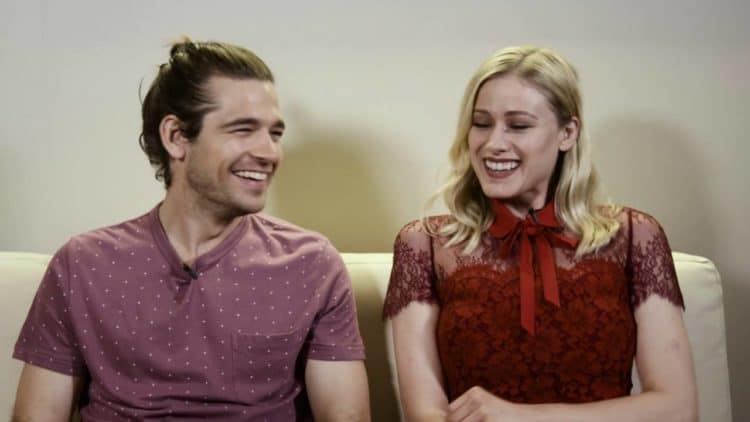 There are people all over the internet trying to blog and report on celebrities that are coming out now, celebrities that are retiring, doing interesting things, have been in the business for a long time, and so on and so forth. The idea that guys like Jason Ralph can get lost in the mix is very real but the great part is that they’re easy to find and just as easy to look up when it comes to what they’ve done. Saying that this is because they don’t have talent isn’t right or fair since honestly those that get into the business and establish themselves after a few years are obviously talented enough to have made it past hundred if not thousands of other aspiring actors and have impressed the right people to get to where they’re at. So no, Jason Ralph isn’t lacking talent at all, he just needs more exposure like a lot of actors that have been coming up in this decade. It’s sure to happen as he keeps going along, as he’s shown that he has great potential already.

More and more actors seem to be gravitating back to the stage or starting there, or perhaps it’s my lack of perception that makes this seem as though it’s happening. But it seems like a great experience to have all the same since it allows them to hone their abilities and gain further experience when it comes to their craft.

When something like magic becomes a reality in a show like this there are always at least two sides to it that people will laud, and the worst side usually comes out as one of the most powerful since negative emotions and power tend to create a toxic mix that is highly addictive and hard to resist. In fact some characters don’t even try since power becomes its own virtue.

So he’s either on the tail end of the early part of the 2000s or in the beginning of the 2010s depending on which way you look at it. His career however is still rising and he’s been making headway in elevating himself and honing his talent to the level that is needed in order to keep moving upward.

Jason has done several movies but his TV credits are far more numerous, which isn’t to say much since he doesn’t have a huge filmography. But then there are those that rush out and do everything they can, and then there are those that take their time and select or accept parts that they believe can help their career. Neither way is right or wrong, it simply makes the person who they are.

6. He has a modest following on social media.

At this point and time it’s actually kind of nice to see a celebrity that has less of a following as it seems to indicate that they focus more on their career and less on appeasing those that want to know about their every waking moment. It’s great to be a fan, but quite honestly having to follow everything a person does seems kind of odd.

He’s not super young but he’s not an old man either so he has plenty of years left to him to keep his career moving in a positive direction and perhaps find other roles that can continue to put him in the public eye and therefore up his game just a bit.

4. There’s not a whole lot of information on him.

It is a bit strange how some people have a book or more detailing their lives in the industry and some only have a page or two that doesn’t give much in the way of information. But it could also be what a person is comfortable putting out there.

A lot of people he works and interacts with have gone so far to say that he’s a nice guy, nice-looking, and has a great deal of charm that he uses in a very positive manner. It’s always nice to hear that someone in such a position is actually a decent person that chooses to interact in a kind way with others.

2. He’s enjoyed the people he works with so far.

This has to be one of the most vital things for any actor when it comes to working on any project. In the private sector if you can’t get along with your co-workers then the job becomes kind of a grind, but actors need to get along at least enough to start and finish a project, and it sounds as though Jason has no problem doing this on any given project.

Jason Ralph is on the right track to becoming an even bigger star than he already is, so keep an eye out for him.