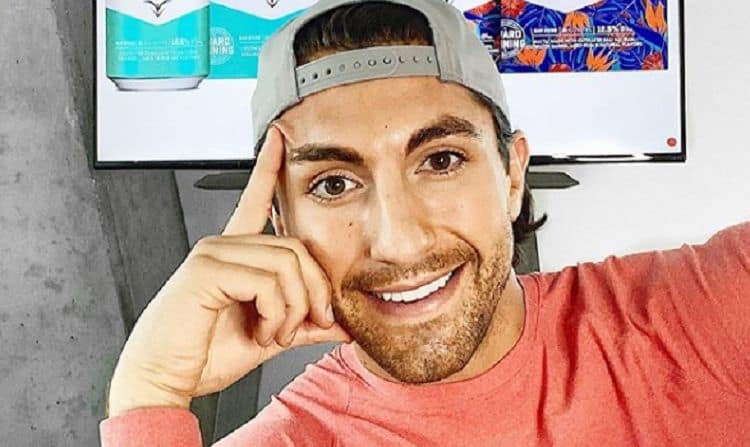 If you’re unfamiliar with Jason Tartick, don’t feel bad. It just means you’re probably not a “Bachelorette,” fan, and that’s all right. Not everyone is, and not everyone needs to be. Sure, reality television is fun and entertaining and enjoyable, but we all have our things. If you don’t know who he is, he’s the man who is with former bachelorette Kaitlyn Bristowe, and they are just living it up right now. So, if you’re not familiar with him, let’s clue you in on who he is and why he’s so famous.

Jason Tartick is still a young man. He was born on October 24, 1988. He celebrated his 32nd birthday just before Halloween in the middle of a global pandemic that has a lot of people still not living their best lives anymore. However, with most places open for business, he’s probably one of the people who had a leave his pandemic birthday that was at least a little fun.

He’s from Seattle, though he’s not currently living there if our sources are correct. He’s spent a lot of time there, and he probably considers it home, but he’s spending a lot less time there these days. He’s got a woman in his life, he’s got a lot going on, and being in Seattle keeps him out of that loop. Additionally, he is actually from Buffalo, which is in New York. He just spent his adult life in Seattle.

When he was part of the “Bachelorette,” it was season 14. Becca Kufrin was the woman of the hour whose heart he was trying to win, but he did not win. He did make it to the 9th week, which is pretty impressive. However, he was not the man who she chose to spend her life with at the end of the day.

We don’t actually know if he’s still working as one. Many reality stars get a little fame in their lives and they don’t go back to their own realities, and that’s all right. When he was part of the Bachelorette franchise, however, he made the decision to take time from his job as a banker to make it happen.

Here is a very fun fact about this guy. He loves Disney movies. In fact, he not only loves to watch them, he loves to watch them so many times that he can memorize the songs in the movies and then sing them as loud as he can when they’re on. It tells us he is playful and fun, and we appreciate that about him.

He is a man who loves soccer, and that’s cool. He grew up playing, and he also went to school to play. He went to SUNY Geneseo, and he played there. It’s something he’s done most of his life, and it’s something he’s obviously good at. You don’t just make the college team without being good at your sport.

He went to college and played soccer, but did you know he also got a degree? He has more than one, to be precise. He later attended the University of Rochester where he was able to earn his MBA. That’s something that helped him earn his right to work as the Vice President of his bank in Seattle.

8. He’s With Another Former Bachelorette

Kaitlyn Bristowe and Jason Tartick did not share a season on reality television. Instead, he was a guest on her podcast in 2018. Things just worked out for them there, and that is a big deal for them. They didn’t find love on the show, but they did find love because of the show. That’s darling.

9. They Are Not Engaged

These two are not yet engaged. We say yet because it seems that they’ve talked about it. He was asked if he wanted to propose to her on national television during a Bachelor love story special, and he did not. He said it took him no time at all to decide it wasn’t what either of them wanted. They both want something more private and something that doesn’t tie them into the lives they led when they were on reality television.

Actually, he came out and said that not only does he want two kids with Kaitlyn Bristowe, she also wants two with him. That’s convenient. They even know what they’d name one of them if they were to have one now. Sounds like there might be some wedding bells and some big-time love in the air for these two.