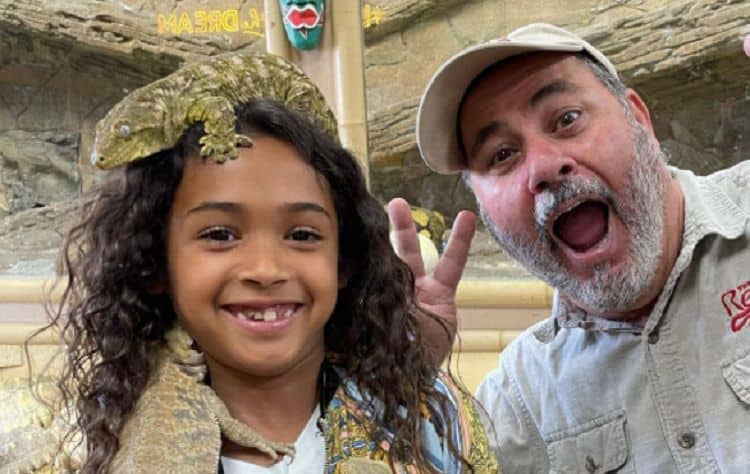 Jay Brewer might not be a name you recognize off the top of your head, but he is interesting nonetheless. He’s a man who owns a store called Prehistoric Pets in California. He focuses on pets like snakes and other reptiles, and he has a serious passion for these animals. Most people aren’t so into snakes, but he lives and breathes the reptiles. They are important to him, and he shares his love of these creatures with the world. So, who is Jay Brewer and what is he like? Let’s find out.

There is no desire in Jay Brewer’s mind to grow up. He’s not interested in becoming an adult even though he is 50. He wants to maintain his childlike excitement over things like his snakes and his business for the rest of his life. It works for him, so why not?

2. He is a Snake Breeder

He does not just own a snake store in Southern California. Jay Brewer breeds snakes. Not just any snakes, though. He breeds very specific and very carefully curated snakes that he finds interesting. You might call them designer snakes, but that might not sound as cute as a designer dog, right?

3. He is Serious About His Business

The thing about breeding his snakes is that he is not just looking for something cool and new. He’s looking for specific patterns and colors on his new snakes, and sometimes it doesn’t happen for him right away. There have been times when he has spent a decade working on breeding two snakes so that he gets the exact colors and patterns he is looking for in his snake babies.

4. He is Very Excited

What Brewer does is slice open snake eggs when it’s time, and he basically unboxes them online for people. In a world where YouTubers do this all the time to see what kind of product they’re getting, what kind of cool toy or item they received, and millions of people tune in to see what kind of unboxing they are doing, Brewer is taking it to the next level. He’s cutting open snake eggs in a type of unboxing of his own – and he is excited when he gets what he wants. It’s interesting to watch his excitement unfold online.

5. His Company is Successful

While it might sound like nothing more than a snake pet store, it is so much more than that. He has more than 1,200 snakes at any given time, and he breeds and sells them to the most imaginative snake collectors in the world. His snake creations can sell for as much as $20,000 when he can make it work. He has collectors all over the world who are in constant contact with him in hopes that they’ll end up with something very rare.

6. He Calls His Cutting of Eggs a C-Section

Because snakes are not social and they don’t bond with humans, they don’t need big spaces in which to live, and they don’t like a lot of open space, he is not getting the brunt of the animal cruelty game. He does, however, find that the only thing people complain about is that he cuts open snake eggs. His rebuttal is that many snakes die in the egg in the wild, and he’s saving lives. He calls them his little C-Sections of sorts.

7. He Loves His Animals

This is such a passion project for this man. It is evident in his videos how much he loves and cares for these snakes and how important they are to him. It’s not something many people understand, but it is something he understands. At the end of the day, that is all that matters.

8. He Was a Fisherman

Before he became the snake guy, Jay Brewer was a fisherman. He began his business back in the 80s (1988 to be precise), and he did it because he and his wife were ready to open their own pet store. It was a more family pet-friendly store, and that is where things just began to morph. He and his wife went into this business together.

9. He’s Had his Close Encounters

While Jay Brewer is a man who loves snakes and has no problem with them, he has had his moments. In the spring of 2021, he was filming an Instagram Live when he looked away from a large reptile for a moment and it attacked. It almost bit his face – and his face would have fit right into the mouth of this snake. He took it in stride and said that this is why you don’t take your eyes off a snake.

Some may call him other names that aren’t so flattering as brave, but we call him brave. He’s a man who plays with snakes bigger than he is for a living, and he loves it. No one else can do that – very few. It’s a gift and a talent, and it takes some sheer bravery.