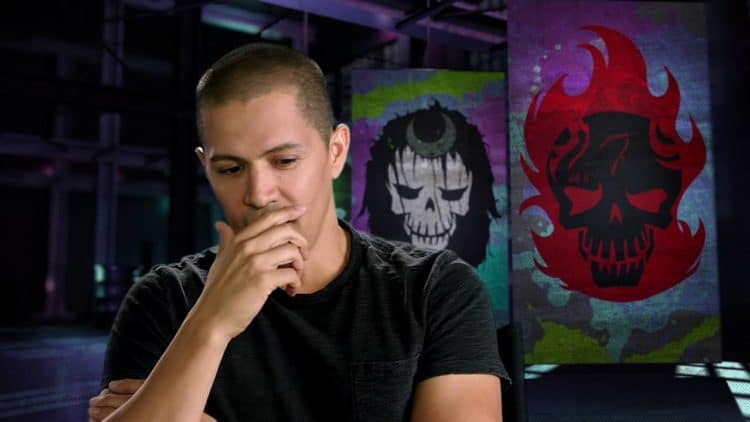 You’ve probably seen Jay Hernandez a few times whether it’s in TV or in movies, but he’s almost always got that confident, almost sly look that seems to be on his face all the time. Whether he’s really a nice guy or kind of cocky is hard to know but so far it would seem that he’s quite good at what he does since he’s been in enough movies and TV shows to be highly successful and to become someone that producers tend to love when it comes to certain movies. He does manage to light up the screen a bit when he stars in a project since his attitude and temperament seem pretty laid back and chill. In some of his movies he’s acted the part of the jerk that’s still kind of a good guy but in others he’s been nothing but the nice guy which seems to suit him. In short Jay is kind of the every-man that can be cool or kind of arrogant.

10. He was discovered by a talent agent in an elevator.

When he was still a kid Jay was told by an agent in an elevator that he had the talent to become someone big in show business. He obviously took this to heart since he decided to become famous and here he is today.

Eli Roth brought forth a veritable nightmare vision that has haunted people for the past several years since Hostel is the story of those that pay for the opportunity to torture unwitting tourists that are snagged by those that are paid to seduce them and then hand them off to the organization that runs the place. When someone escapes however there’s nowhere too far that the organization won’t go to hunt them down.

8. He made his debut in television.

He was in TV to start with before making his way to movies. If you managed to follow his career that far back then you might have seen him, but a lot of folks tended to catch up to him in the movies it would seem.

Jesse is the nice guy that many women fawn over and would love to see just how far they can take a relationship with such a man. In many ways he’s the one in a million kind that any woman feels lucky to get no matter what.

He’s actually been around for a while despite seeming as though he’s an experienced but still kind of fresh face that might not seem as worldly as some. He has been around long enough to be called a veteran actor though.

5. He was in Suicide Squad.

El Diablo is definitely one of the more powerful members of the Suicide Squad if not THE most powerful member in the movie, but he’s reluctant to use his powers for fear of what might happen. But as you can see from the clip he can do a lot of good if he really puts some effort into it. The only problem is that there’s a sequel planned and he’s already been killed off.

Since Tom Selleck is getting pretty old to take up the old role it’s going to naturally fall to someone that’s younger and still has a lot of good years left in him, and Jay seems to be the perfect blend of nice guy and machismo that is needed to take on the role. It seems to be pretty faithful to the original so far despite needing to be updated obviously.

There are some people that actually prefer this version of Carlito to that done by Al Pacino, but it’s an argument best left to the truly diehard movie buffs that love to bring up facts and box office numbers from the past. Otherwise it’s entirely possible to enjoy both films.

2. He’s been nominated for a few awards.

He hasn’t been nominated for a lot yet but there’s still a lot of time and given that he’s still a popular actor it seems that he might actually be considered for the work he’s been doing lately if he’s lucky.

This guy doesn’t look that old to be honest. He looks as though he could be in his early 30s but not yet to his 40s. That’s got to be the product of taking care of himself and living a healthy life. Otherwise he could just be gifted with good genes.

Jay Hernandez is a reliable actor that needs to be considered a little more often when it comes to various roles and accolades. It’ll be interesting to see how his career continues to progress.