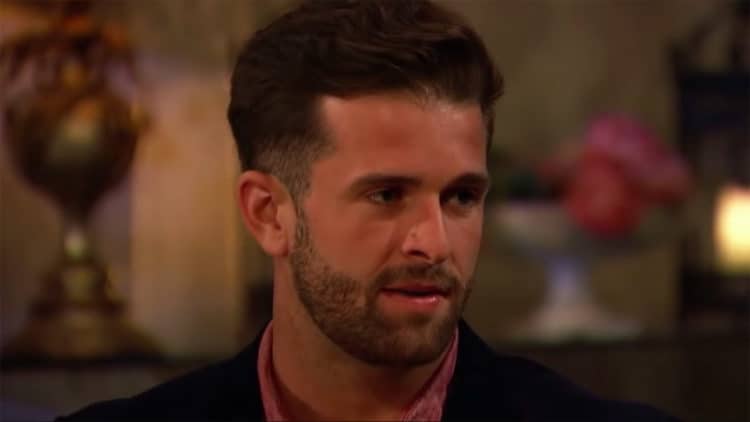 There are those that go on reality TV and really try to make a name for themselves, as Jed Wyatt tries to do, and then there are those that go on and kind of make a jerk out of themselves, also per Jed Wyatt. That might sound a bit harsh but quite honestly when you go on a show like The Bachelorette it does pay to go on with good intentions and not just to plug your music, or to do something even worse and become mocked by everyone that watches. That’s basically the same as social suicide since not only are you performing an act in front of millions of people, but you’re doing so in a way that, if exposed, is going to essentially ruin your chances of being taken seriously by all but the most dedicated of fans that will follow you no matter what since they blind themselves to the things you do or figure that they’re no better since they support you.

Here are a few things you might not have known about Jed.

10. He still had a girlfriend when he went on The Bachelorette.

Yeah, that’s right, he had a girlfriend before he went on the show and no matter what his excuse was it would seem that people just weren’t bound to listen after the truth came out. After all, would you really want to listen to someone that had been pulling the wool over your eyes for so long?

9. He’s a musician out of Nashville.

One has to wonder just how his music career is going at the moment, though it does seem as though he might still be able to show his face since reality TV is, after all, reality TV, and the memories of the average viewer tend to dim and fade whenever they pick up another show to watch.

8. He’s been made into a meme following his ‘win’ by the Twitterverse.

If you’re on social media at any point during the week then you’re likely to have already seen that Twitter is kind of like the ThunderDome in Mad Max, whoever enters might eventually make their way out, but they’re going to be changed in big way since Twitter is not a nice place to go if you’re expecting people to behave. At this point he’s become meme-worthy, which means there’s bound to be no end to the mockery from this point on.

7. His fame seems to be up at this point, apart from being mocked.

Some people make a pretty good living out of being mocked but that doesn’t seem to be Jed’s scene really, unless he’s finding a way to spin it or flip it and make it work for him. That being said he might be taking it in stride and doing the best he can after the debacle.

6. Apparently his explanation was that he ‘said a goodbye in his heart’ to his girlfriend.

Apparently she didn’t get that message since he must have been in a spot where a heartfelt and unspoken goodbye didn’t get much coverage. All in all though this is kind of a lame way to excuse one’s behavior when trying to let someone down easy and move onto the next girl.

5. His ex-girlfriend is getting just about as much attention as he is at this point.

How’s that for irony? She’s been getting just about as much coverage as he has as people want to know the story of how they met, when they were together, and why she didn’t ‘get the message’ that things were over before he headed off for the show. And yet people are still hanging around this guy.

4. He still has a lot of followers on Instagram.

People are going to like whoever they want to like and quite honestly there’s nothing to say that they’re going to up and turn on him simply because of what he did. Some will even claim that he made a mistake and that he’s already paid for it. Oh the logic never stops, of course it needs to start first.

Upon looking on his Instagram posts you might think that he looks like a nice, well-adjusted guy. But upon realizing what he did to his girlfriend and that he was on the show more to promote his music than anything the term ‘narcissism’ seems to start coming to mind.

2. He does seem to be an animal lover.

It’s hard to see him as a bad guy since he does seem to like animals but then again there’s not a lot of ways to discount what he did before and during the show. At least he likes animals though, that’s something, right?

Obviously he’s done something right and isn’t the type that doesn’t know how to hustle when it comes to making money.

Hopefully that one faux pas will eventually fade.