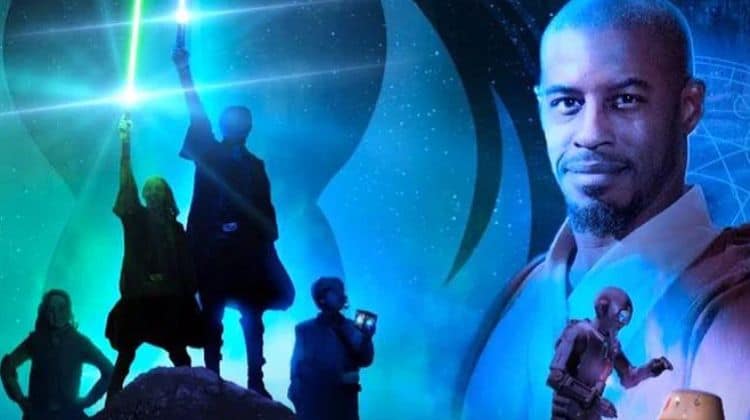 It’s easy to think that some might harbor reservations about how the Star Wars Jedi Temple Challenge might go since to be fair creating a Star Wars game show almost feels like pushing the lines of reason and rationality, but for the kids that compete in this challenge it might actually be a good time. As Kevin Burwick of MovieWeb points out it’s bound to be a positive experience for those that want to watch since it won’t be featured on Disney+ at this time but will instead be StarWarskids.com and the Star Wars YouTube channel, which means that it’s free for people to watch without a subscription to Disney+, making it a little more accessible. A big part of this comes from the knowledge that a lot of people are still out of work and the fact that money is pretty tight right now. But Star Wars is a franchise that has managed to give a lot of people hope throughout the years since its overriding theme is about never giving up in the face of adversity and learning to face your fears in order to become the best version of yourself that you can be. Well, that’s one of its overriding themes anyway, and it’s one that the show will be focusing on as teams of 2 will be competing to gain that one symbol of the Jedi Order that so many people are enamored with, the lightsaber. This could be one of the things that cheapens the whole experience just a little since despite the idea that a lightsaber is a Jedi’s life, it’s also just a tool, and has been described as such throughout the history of the franchise. But as a symbol of the show and something to strive for it might work, especially since to get there each team will need to show dedication and a lot of teamwork, which is one of the main points of the show.

One great part about this show is that Ahmed Best, Jar Jar Binks himself, will be hosting, along with Mary Holland, who will be voicing the droid AD-3, and Sam Witwer, the man behind Darth Maul’s voice, who will contribute as well. The teams will be put through a trio of challenges that will test their intelligence, fitness, and ability to work together in order to achieve a goal, which is a positive way to test their strengths and weaknesses as they’ll be tempted by the dark side and encouraged to find their way through each ordeal in the best way possible. It feels a bit harsh to think that this game could be a judge of character for kids this young, but looking at the world in which we live at the moment it’s becoming more and more important to find ways that aren’t argumentative or confrontational when teaching kids just how to go about their lives with a sense of morality. It might be kind of a cheesy thing to say, but this show could be one of the many answers that is needed when it comes to showing kids just how to do things the right way versus allowing their emotions to take over and show them the simpler but more problematic path. It’s already evident from the trailer that teammates are going to be encouraged to build each other up and push each other in positive ways to complete their tasks, and it might even be that the presence of the dark side in the contest is a very real but preventative measure since the dark side usually represents the quick and easy way to gain power and reach a goal, but at a very high price.

Some might want to see this as brainwashing kids into believing that morality is little more than a reward system that gives generously to those that fall in line and follow instructions while doing as they’re told, but just watching the trailer it’s enough to think that this would be a pessimistic view to hold about the show. If anything, teams will be tempted to take the easy route and complete their challenges quicker and without as much work as the other teams, but possibly at a cost since as it’s been seen in the movies and TV shows the dark side usually comes with a very high cost that some people can’t pay. Obviously they won’t become psychopaths for being tempted to the dark side, but it does feel as though there might be a penalty imposed upon any team that becomes tempted by the dark side, if that’s how the game is going to be run. However it happens the show already looks like it’s bound to be a lot of fun for the kids and will teach them a thing or two on how to become Jedi. Plus, it could be a great memory looking back someday. Will Richards of NME has more to say on this matter.