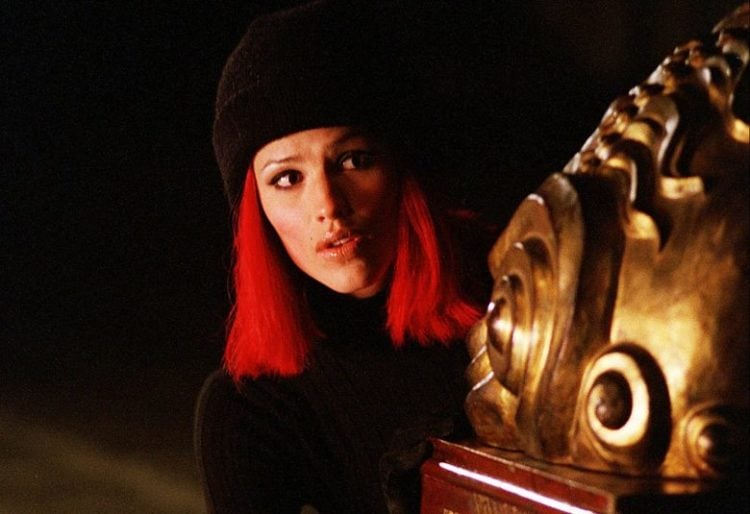 There’s not much being said about an Alias reboot other than that it’s something that Jennifer Garner is all for despite the fact that she’s been pretty busy as of late and has been staying that way ever since the series went off the air over a decade ago. To say that the series was something that people enjoyed is fair enough, but to think that people are clamoring for more of it is kind of hard to verify since people tend to move from one show to another, investing in different characters and ideas and making it clear that as much loyalty as they feel like giving their favorite shows, it’s almost never going to be impossible to move on once that show has been canceled or concluded, which means that Alias was likely a favorite of many people, but a lot of them have probably moved on and don’t think about it that much. Plus, there is the idea that as much as people do like Jennifer Garner, her acting is sometimes kind of hard to like, which means that some folks might have hung on to the show more or less because it was entertaining, and weren’t watching it just for her. It’s a thought, and it’s one that’s bound to be a little more accurate than people might like to hear.

No one’s about to say that Garner isn’t a talented actress, but she’s not everyone’s cup of tea to be certain, and her quip that she would bring Bradley Cooper back to the show with her would certainly get some people excited. The only issue is that trying to get a revival going needs more than one interested party, and if Garner is the only one that wants to come back, which is doubtful since the push towards revivals has been increasing in the past several years, then the show would need a new cast before it could really get going. Seeing it happen is likely, but figuring out how long it would last is the hard part. Getting the actors back might not be as difficult as it sounds, but getting the scheduling down could be an issue since Cooper and Garner are both busy individuals that have a lot going with their careers. In short, it’s definitely possible to bring Alias back, but the question is whether it should be given a chance to shine again, no matter what the fans say.

That’s the kicker though, the fans. A lot of people can say that they would love to see their favorite shows come back for a revival, but one has to remember that the people they watched years ago have aged, they’ve changed, and they’ve grown in ways that the fans might not realize, meaning that the show might not go off as it did back in the day. Bringing back the ‘wow’ factor that made a show so popular during its initial run is a tough thing to do since when a show first comes out its brand new and it has the advantage of being something that people haven’t seen before. During a revival, it’s quite a bit different since people remember what happened years before and they’re likely to expect a great deal of continuity and possibly even more than the show is willing to give. What the fans want and what the producers will grant often diverge in a big way since the plans that a producer might have for a show could run completely divergent to what the fans would hope for, which means that eventually there’s going to be a huge disconnect and a possible divide somewhere in the fanbase if they’re given exactly what they want. It feels as though this is considered to be a minor detail judging by how other revivals or reboots have gone since fans have allowed directors and producers to know just what they thought, be it positive or negative, and there are times when one can’t help but laugh while wondering why anyone would think this would be any different. When looking at a revival, fans want their comfort zone back, meaning they want the show to be the way they remember it with minimal changes but plenty of new content.

This is realistic, but it’s also predictable, hence the comfort zone bit. Sadly, this isn’t always what the director or producer is on board with, and there are bound to be a few changes to turn the show into something new and exciting but also far outside of the zone that people want the story to adhere to. The fact that Garner wants in on this project isn’t surprising since it did help to boost her fame, but one has to wonder if she’s realizing what the fans are really wanting.