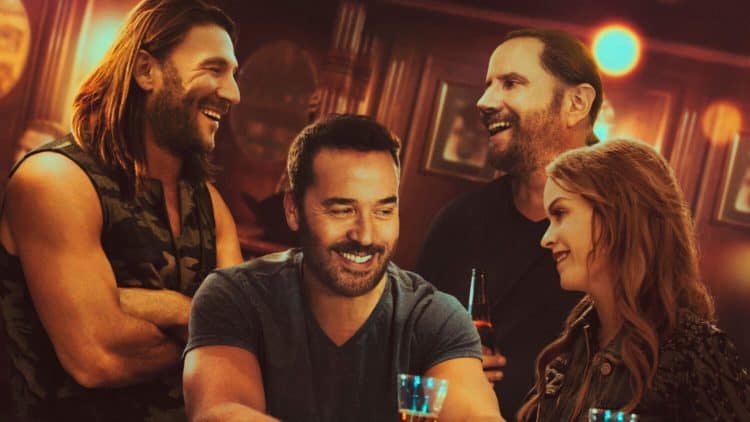 It’s been a while since we’ve seen Jeremy Piven, hasn’t it? He’s looking as though he’s doing fine though as Last Call looks like a movie that might be a lot of fun to watch given its content. When a guy from the old neighborhood makes his way home it’s about what anyone would expect, that he’s there to try and make a difference in his hometown, which appears to have changed very little in the span of a decade or two, or more, since the look of the place does kind of indicate that it might have existed in a perpetual state of suspended animation, as some towns are wont to do. But when he starts trying to get signatures to build a casino in the area he’s shut down pretty hard as the trailer shows, while those that knew him back in the day and were no doubt his best friends and those that saw him as just another kid from the neighborhood start trying to get him to acclimate to the life once again. Hey, it’s a feeling that some of us know, and those of us that hail from small towns might enjoy, or try to avoid like the plague. It all depends on how much pride a person has in their beginnings and how much love they still have for the place that helped them to grow up and move on in life. That appears to be at least a part of the plot in this movie since it gives off a very comfortable feeling that might create a longing feel for a simpler time, or at least one that felt simpler and more personal, rather than the lives we lead once we grow up and move on. It’s the kind of movie that reminds us that moving on doesn’t mean that we have to forget what it means to belong to a place.

The big problem in the movie is that Piven’s character is under pressure to tear down his family’s pub in order to appease the man he’s working with, and the pressure he gets from the person that’s sent him to make it happen is bound to increase throughout the movie while the pressure he gets from his father and the rest of the neighborhood is bound to increase at about the same rate. If there’s one thing that anyone from a small town knows, it’s that tearing down anything within the neighborhood that brought so many good memories to the people is bound to be one of the worst ideas possible since the backlash from the people in the area is going to be horrible. Progress is something that can only be held off for so long since one has to realize eventually that as much as a community might want to hold onto the businesses that have helped to define it over the years, the world moves on and things have to change occasionally for people to grow and places to evolve. Some folks don’t think this is necessary, especially if they can continue to work, earn a living, and thrive where they’re at, or at least survive. That’s the trick though, progress isn’t something that just goes away, it’s a force that continues to push, and push, and push, until someone is able to push back and stave it off for a while.

Those of us that have been in this position, heading back to a place that we grew up and had fond memories of from childhood and later on, have no doubt felt the pull to go back to those simpler times and just chill for as long as we can. But Piven’s character is going back to tear down, not just remember the good old times. That type of conflict, which comes when it would appear that one of the locals has sold out their old home, is one that doesn’t have a lot of winners initially, especially since in movies such as this the protagonist usually ends up having a change of heart, or at the very least finds a way to make everyone happy. A lot of the time Jeremy Piven plays fairly suspect characters, or out and out sleazeballs that have few if any redeeming qualities. This time around though he appears to be taking on a role that will allow him to play the part of someone that’s both genuine and yet wants to appease those that he’s in business with since he wants something better, but he doesn’t want to shake up his hometown so much that people won’t speak to him anymore. That’s a tight spot to be in, but it makes for very convincing drama since it’s a spot that people can relate to at times.  This looks like it might be worth watching.