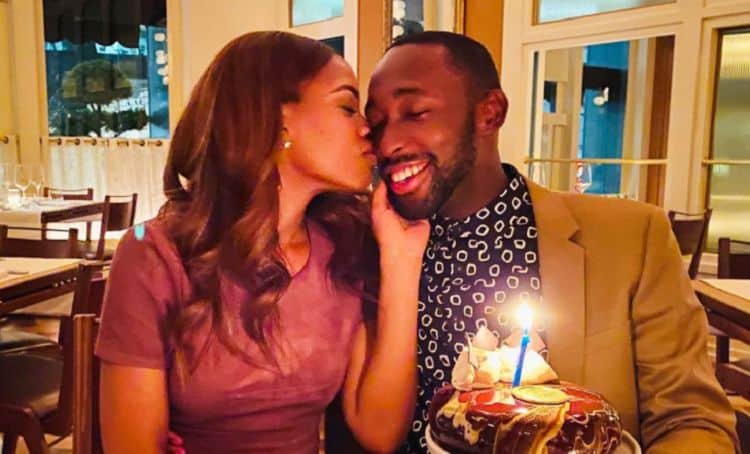 In lots of cases, it can take actors a very long time to finally get their big break. In Jeremy Tardy’s case, however, that opportunity came in just a few short years. After making his first on-screen appearance in 2015, Jeremy got a break-out opportunity two years later when he was cast in the Netflix series Dear White People. Although his character, Rashid, was a significant part of the show, Jeremy decided that he wasn’t going to return for the fourth and final season. Jeremy accused the show’s production company, Lionsgate, of racial discrimination. While the decision to walk away from money probably wasn’t an easy one, Jeremy is happy with his choice and he’s looking forward to his next opportunity. Keep reading to learn 10 things you didn’t know about Jeremy Tardy.

Jeremy was born and raised in Milwaukee it was there where he first developed an interest in acting after attending an elementary school for the arts. It didn’t take long for Jeremy to realize that he wanted to act professionally and he became focused on making his dream come true.

Dear White People is the biggest role of Jeremy’s career so far, but he almost didn’t even go to the audition. When the opportunity came around, he was back home in Milwaukee teaching at a local theater company. He planned on staying there, but something in his heart told him to return to Los Angeles.

3. He Studied At Juilliard

Jeremy is a formally trained actor who studied at the world-famous Juilliard School. While talking to Pop Culturalist, Jeremy said, “Simply going to school in New York and being immersed in so much high-quality art has influenced my career. I was able to see many Broadway and off-Broadway shows, which deeply inspired me and helped refine my sense of quality.”

Not only is Jeremy a talented actor, he’s also a talented musician. He plays the piano and he has a beautiful singing voice. Unfortunately, we weren’t able to find any information on how he got involved with music, however, it doesn’t look like he’s ever attempted to pursue it on a professional level.

6. He Likes To Watch Married At First Sight

During his interview with Pop Culturalist, Jeremy shared that Lifetime’s Married at First Sight is his favorite guilty pleasure show. As the title suggests, the show follows a group of people who have agreed to marry someone after meeting them at the alter. If you haven’t gotten the chance to see it, you might want to give it a try.

Jeremy has been fortunate to not only find the thing he loves but he’s also found the person he loves. On Christmas Day in 2019, Jeremy got engaged to a woman named Tamika Waye. She does not appear to work in the entertainment industry. There’s no word on when their wedding will be.

Once some people get into the entertainment industry, they start to get blinded by money and success. Jeremy has never been like that, though. He isn’t afraid to stand up for the things he believes in and he always uses his platform to raise awareness. He is a strong supporter of the Black Lives Matter Movement and has attended rallies against police brutality. Most people would also agree that his decision to walk away from Dear White People was a form of activism.

9. He Made His TV Debut In A Popular Show

Every actor dreams of the day they get the chance to work on a major project. For Jeremy, that opportunity came very early on in his career. His first TV appearance was in an episode of The Mindy Project in 2015 in which he played a character named Pramood. He also came back for another episode of the show.

These days things are pretty busy for Jeremy, but when he does get some free time he likes to spend it reading. During an interview with Talk Nerdy with Us, Jeremy said, “I love to read and I love a good story. I nerd out for anything Toni Morrison or James Baldwin have written.”