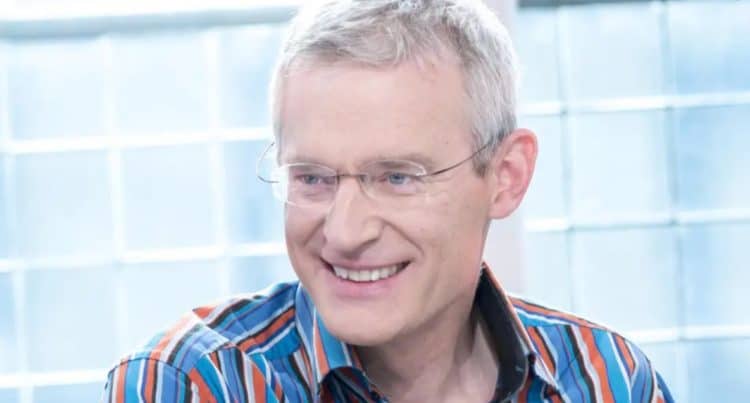 Among the most acclaimed reporters in BBC history is Jeremy Vine. He ranks among the few who would dare venture in war-torn areas to bring his audience the facts as they are on the ground. He has come from being a co-host to being the host of his own show as published by Warwick Arts Centre. It has not been a journey without challenges, but he embraced them all to be where he stands today. Let’s delve into a few more facts you probably did not know about Jeremy.

1. He can’t talk to his teenage daughters directly

Children are adorable until they reach that age that all parents dread; teenage. You begin wondering if the angels you raised need an exorcism. Unfortunately, Jeremy’s daughters are aged 12 and 15, and he can’t even talk to them face to face. According to Jeremy, attempting to have a face-to-face conversation is viewed as an invasion of their air. Jeremy has, therefore, resorted to waiting until they are in the car as per Twitter or taking a walk by the river to have father-daughter conversations.

2. He believes that social media is a brain experiment on children

The main reason why Jeremy can’t have real discussions regarding what is going in his daughters’ lives is that they get easily distracted, primarily by mobile phones. As much as technology has come to save the day, it has also ruined us socially. Like Dylan on “Instinct” says, there’s nothing social about social media. The hours people, including Jeremy’s daughters, spend on their phones is alarming. Although he can’t bring himself to spy on his daughters, Jeremy believes social media is but an experiment on the brains of our children.

People join social media for various reasons, but usually, it’s to promote business and keep up with friends. For Jeremy, he might have admitted to not installing spyware on his daughters’ phones, but he still looked for a way to keep an eye on his daughters. Jeremy thought that by joining Instagram, he would be able to look out for his eldest daughter, especially. However, she discovered and blocked him. His youngest daughter became wary, and although Jeremy is concerned that she’s too young to be on the platform, she knows better than to divulge the name of her account.

Jeremy has made no progress in probing the lives of his daughters on Instagram. However, it is not that he doesn’t trust them; he is only trying to protect them. He believes that there are keyboard warriors; hence, he thinks that some people feel better about themselves when they cause pain in others.

5. He thinks it’s up to parents to spark an interest in their children

Children are not copies of each other; even identical twins look alike but have very different personalities. Jeremy, being the devoted father he is, tries to connect with his children, individually. He is ready to push them towards what he thinks they may be interested in; hence, he took his youngest daughter to see Bohemian Rhapsody. She was so excited that she learned the song’s first minute and played it on the piano.

Jeremy is living the life he always envisioned, at least as far as his job is concerned. He always felt isolated as a child, and his only solace was in music. Therefore whenever Jeremy could, Jeremy listened to the radio, and among the people who inspired him, Kenny Everett sits at the top. He found the DJ so good that he believed he could be like Kenny. Consequently, when Capital Radio searched for a “Young DJ” Jeremy signed up and ended up being in the presence of his idol.

7. He loved danger in his youth

As a reporter, Jeremy’s work entails being sent on dangerous assignments. In his twenties, Jeremy was ready and willing for some adventures that he now would not take. Among his memorable moments is when he was almost being burnt alive in Croatia. While you would think it sent chills down his spine, he recounts it as exhilarating. However, even with his high affinity for danger back then, he still had limits. Therefore, he would never have been on “Strictly Come Dancing” because he can’t imagine his children seeing it since the internet never forgets.

8. He has been on stage with Joy Division

By the time Jeremy was 15, he had already found Joy Division’s music to be so good that the band became his favorite. The group relaunched, and Peter Hook, a band member, auctioned some memorabilia. As luck would have it, Jeremy placed the bidding win for chimes. When the band performed at the Royal Albert Hall, Jeremy hit the chimes at the precise moment. His performance, though for a moment, made two teenagers burst into tears of joy.

9. He never succeeded in sports as a boy

Most boys will try to please their fathers by joining any sports team because they have been brainwashed into thinking that’s the only mark of a true man. It is the only reason that Kurt on “Glee” would not tell his father that he was in the Glee club; instead, he lied he was on the football team. Likewise, Jeremy was not spared from this school of thought, and his lack of success on the field led to the young boy questioning his manhood. It’s not for lack of trying; Jeremy joined the rugby team, but every time he tried going in for a tackle, Jeremy’s legs would give way. It was so bad that at one time, he suffered the humiliation of causing the team to lose.

10. His daughters hate his job

Some children look up to their parents, and if they were to be granted a wish, it would be to have great jobs like the parents. Jeremy’s daughters, however, do not feel that way; according to them, their father has the least glamorous job. It must bother them that their mother is also a BBC reporter. With time, the girls will learn that there are far much worse jobs and appreciate Jeremy’s.