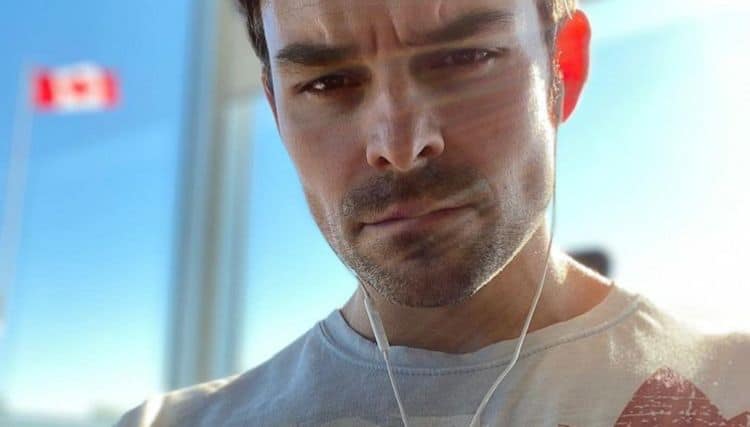 Do you know much about Jesse Hutch? You know a lot about his work, but do you know him on a more personal level? Most people don’t. They only know their favorite actors via their work, and they rarely take the time to get to know them for their other aspects of life. Jesse Hutch is, of course, a talented actor, but he is also a man with a rich history and an interesting story. We thought we might share it with you so you can get to know him better.

Jesse Hutch looks darn good, and you wouldn’t know that he’ll celebrate his 40th birthday in early 2021. He was born on February 12, 1981, which means he’s about to hit a milestone birthday. We hope he can celebrate in a fun way as the new year approaches and things begin to calm down across the nation.

He was born and raised in Alberta, but he didn’t always live there. It is such a beautiful location, but he also lived elsewhere across Canada growing up. It turns out he moved around a lot, so he lived in many different locations. It’s also a cool experience to be able to do that.

Jesse Hutch is an educated man. He went to Algonquin College where he studied outdoor education. He used his degree for a while, but he ultimately decided he would be better off as an actor, and we cannot argue with him. He brings so much to his work.

For nearly four years after college, Hutch worked as a white water rafting guide. He got to take people out on the open water, in the rapids, and he got to educate them on the best way to do things, the best way to make it all work, and the best way to stay safe while also having a great adventure. That sounds like a really awesome job to have.

5. His Wife Homeschooled Their Kids

For a time, he and his wife worked hard to homeschool their children. However, they made the decision in 2019 to send their kids to a traditional school. Of course, we have a feeling that they didn’t last long in traditional school since the interview in which he mentioned that they’d just gone back was in December of 2019 and we all know that we all became homeschool parents in March 2020.

6. One Actress Made Him Geek Out

Working with Patricia Richardson is the one who made him geek out the most. She is, as you know, so famous for playing Tim Allen’s wife in “Home Improvement,” and we all loved her so much. She was every mom when we were growing up, and we will always remember her, love her, and admire her for that role. She’s seriously the best, and we’d geek out, too.

7. He Really Connected with Another Costar

He’s a man who loves to get to know the people he’s working with, and he has a fondness for many of them. One, however, is a woman with whom he made a really strong connection. That was Tia Mowry. They connected on a parenting level, on a children’s level, diet level, and so much more. They seem to have a lot of the same ideals, and that’s a very cool thing.

Another thing we really love about this actor is that he is very faithful. His religion is very important to him, and he and his family practice their faith-based way of life every single day. Their kids attend a faith-based school, they are very open about their love of their faith and of God, and they are not worried about their beliefs offending others. So many actors and actresses keep their religious beliefs to themselves because they worry about offending other people or losing fans, and we love that he and his family do not feel that way.

Jesse Hutch isn’t just an actor. He’s a man who likes to take on a good DIY project, and he likes to have his kids help with it. He built some lovely Adirondack chairs and shared a photo of the finished project in April 2020. Quarantine projects, anyone?

While he still maintains his privacy with his family, he and his wife are very open about talking about their parent, their love for one another, and their lives. They don’t hide anything from the pubic, and they are clearly very happy with their lives. They seem to have much respect for one another, their families, and for the life they are living. They are absolutely the most adorable family.