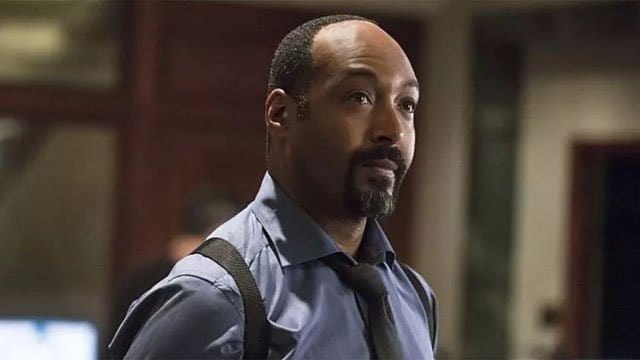 There are some actors whose faces you never forget, and Jesse L. Martin is one of them. Old school Law & Order fans will recognize Jesse L. Martin from his role as detective, Ed Green. For nine years, he played the hard nosed detective that was always a step ahead of the bad guys. After leaving the show in 2008, he took a few minor roles in other series before landing a main role on the superhero show, The Flash. In his current role as Joe West, Martin is getting the chance to show off his fictional detective skills yet again. Continue reading for 10 things you didn’t know about Jesse L. Martin.

1. He Went To High School With Ani DiFranco

Can you imagine having gone to school with not 1, but 2 people who ended up becoming famous?That’s the reality for people who went to school with Jesse L. Martin and Ani DiFranco. The two graduated from high school together and both went on to have successful careers in entertainment. DiFranco is a Grammy Award winning singer and songwriter.

2. He Loves To Learn

Jesse l. Martin considers himself a lifelong learner who is always interested in expanding his knowledge. In an interview with the National Endowment for the Arts, Martin said, ” I am constantly trying to enrich my brain and body so that I may expand the tools in my artist arsenal. That means doing things like learning new languages. I am currently studying French, Spanish, Swahili, and Xhosa. It frees me to imagine working in the arts all over the world. I’m primarily an actor but have a strong interest in dance, visual arts, photography, instrumental and vocal music, folk art, and indigenous rituals. My artist’s life is being a student of the world.”

Like many other successful actors, Jesse L. Martin studied at New York University’s Tisch School of the Arts. However, his experience at the school wasn’t all rainbows and butterflies. He told The Actors Work, “I was very very pushy with the administration at NYU because I really wanted to get what I wanted out of that system, if you will, and I did get a lot of pushback because of it, you know, ‘this is not how we do things here, bla bla bla…” And I really didn’t care. I wanted the training that I wanted and eventually I did get it.”

4. He’s Not Into Comic Books

When Jesse L. Martin got his role on The Flash, he wasn’t very familiar with the character. Marttin is’t the type of person who is into comic books. He says he didn’t read comic books as a kid and was more into science fiction and fantasy novels.

5. He Was In The Original Cast Of Rent

Some fans may think that Jesse L. Martin’s breakout role as being cast on Law & Order, but that’s not true. The role that really launched his career was his portrayal of Tom Collins in Rent. Martin was part of the original cast in the first off Broadway production. He reprised the role for the Broadway production and the film.

6. He Initially Got Into Acting To Improve His Public Speaking

Most actors say that their love for entertaining people is what got them interested in acting. Jesse L. Martin has a very different story, though. When he first starting acting, he did it simply because he wanted to overcome his fear of speaking in front of large groups. After moving from Virginia to New York, Martin said that he didn’t feel comfortable taking in front of people because of his accent.

L.A. is usually considered the place to be for anyone looking to have a career in TV or film. But Jesse is more of a New York guy. He says that he simply has no interest in living in Los Angeles prefers the east coast. The fact that Law & Order was filmed in New York was a big reason for him being interested in the role.

8. His Character, Ed Green, Appeared On Every NYC Based Law & Order Show

9. The Arts Saved His Life

Acting is more than just a job for Jesse, it’s something that helped him become the man he is today. He says, “The arts saved my young life. It gave me the strength and the inspiration to endure any hardships I encountered. It gave me perspective on the world and set me free in it. I owe my career to all those artists and teachers who were my champions growing up. I strive to do the same thing for young people today.”

10. He Believes Artists Should Get Involved In Their Communities

While on Law & Order, Jesse spent a lot of time immersed in the local community. He feels that it is very important for artists to connect to the communities they work in. Not only can this relationship benefit both parties, but it can allow for more authentic art.