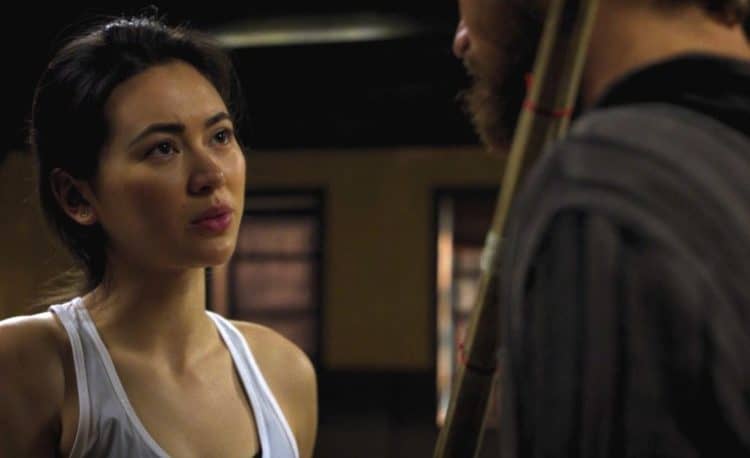 According to Anthony D’Alessandro of Deadline, Jessica Henwick is up for a role in the upcoming Matrix 4 and as you can imagine this would be a big boost to an already impressive career that’s been on the rise. Jessica has of course become recognized as Colleen Wing since she’s played a rather substantial part in the Netflix shows Iron Fist and The Defenders despite the fact that their ratings haven’t been all that people have believed they could be. But casting her in another movie that’s rife with action does seem to make a lot of sense considering that she’s been well-received in her characters thus far. The fact that she seems to be up for a lead role in the movie is kind of hard to fathom since there’s already an impressive array of stars that are being tapped for the movie and a few of them have also been said to be in the lead position. Whatever happens though it does seem like the right move to keep her relevant and moving forward.

Here are a few things about Jessica you might not have known.

Her time on Iron Fist, The Defenders, and Game of Thrones have allowed her to show off a very impressive skill set and an ability to get people on her side or against her, so it’s not hard to see just how she’s been selected for a Matrix movie. It’ll be interesting to see where she gets put and who she’ll be playing, a hero or a villain.

9. Jessica was a competitive piano player as a child.

Honestly I didn’t know there was such a thing as the idea of playing a piano in a competitive manner seems as though it might be kind of unheard of, but if that’s how it goes then it’s hard to say anything against it.

8. She prefers to play characters that have no ties to her ethnicity.

Jessica isn’t the type that wants to play Asian characters just because of her ethnicity, as she wants to step beyond who she is and where she comes from to do as much as she can in terms of acting and playing characters that aren’t bound up by stereotypes. So far she’s done quite well since her stint in Game of Thrones made it clear that she has more range than some might have thought.

7. Apparently she enjoys playing the role of the villain.

It might sound odd, but some people simply enjoy playing the part of the villain for some reason, either because there are fewer rules and more freedom to do whatever, or because it simply seems to call to something hidden within them that they don’t get to exhibit all that often.

6. Her tastes in location tend to reach into the extremes at times.

When traveling it sounds as though she likes to visit places that are extreme in temperature and enjoys herself when the conditions are something that is beyond the norm or offers some type of challenge to enjoy. Some folks love to live life on the edge, or as close to it as they can get.

5. Regardless of her character, she’s not that great at using a Katana or a Bo staff.

Just because she plays the part of an individual that can access and employ the many weapons she’s seen handling on TV. It’s easy enough to get the movements down and make it look good when the camera is rolling, but this doesn’t mean that she’s suddenly a kickass character that can replicate the same actions effortlessly.

4. She’s all for seeing an Asian American superhero.

It could be interesting to see Amadeus Cho, the younger version of the Hulk, make an appearance in the movies or TV shows, or perhaps bring Sunfire from the X-Men histories into the fray and make it known that he is around.

Lately she’s been rising in popularity, especially since being looked at for the Matrix movie, but she’s been popular for a while since she has hundreds of thousands of followers that seem to want to know what’s going on with her career.

Jessica does enjoy hanging out in areas where the food is interesting and quite good. A lot of people tend to stick to the foods they know about and trust but she seems to enjoy trying new things and finding new tastes that can interest her.

1. Jessica has a net worth of about $1 million.

Some might think this seems a little low but in truth it seems about right for having gained her fame mostly on TV at the moment. If she is going to be in the Matrix though you can imagine that this number could jump quite easily.

Now it’s going to bug me as I try along with everyone else to figure out who she could play in the Matrix.