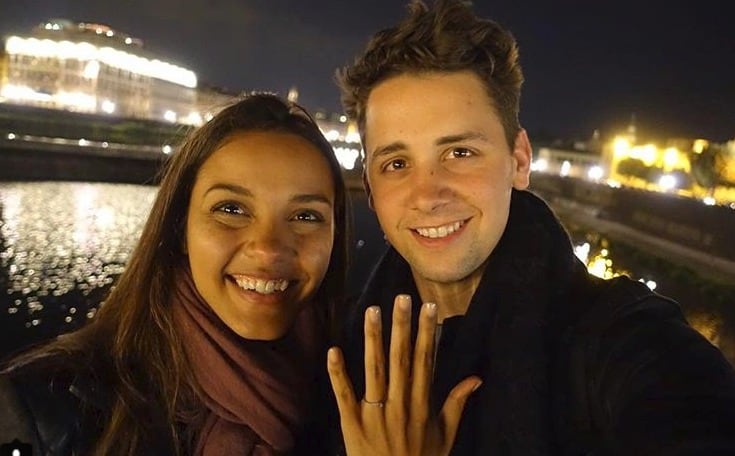 There are definitely stars that are on the rise and have been for some time now. The only question that remains for those like Jessica Lucas is whether or not they’re going to take over the industry now or in their own due time. Either way seems fine with fans since at this point they get to enjoy the up and coming talent, those that have been there for a while, and the veterans all at once. It’s been this way for a while but the joy in film and TV at this time is that the effects that are available and the stories that are being continued have allowed a lot of new faces and those that have been around for a number of years to step into the spotlight with an even bigger presence and announce their bid for popularity. Added to that is the fact that stars like Jessica are being given their due while still being made to work for it, which is what a lot of fans tend to like since it produces a lot better story and a great show.

She’s been in great productions and those that aren’t so great, but she’s always given the kind of effort you would expect. With that being said here are a few things you might not have known about Jessica.

She started out in community theater playing parts for her local theater group. Some people seem destined to act even if their beginnings are fairly humble. Even being humble though she obviously impressed someone as she kept rolling along.

9. She likes to keep to herself a lot.

Jessica doesn’t enjoy big crowds but she can definitely be a part of them. Being around LA she doesn’t feel the need to be around big mobs of people all that often. Some folks just like their privacy and that is very easy to respect.

8. She’s not big into the party scene.

Not everyone in Hollywood likes to hit the clubs and drink and dance all night. There are those like Jessica that enjoy just seeing what a town has to offer and enjoying the scenery without getting into the big crowds and the noise and all the rest of it. When you think about it clubs are really just for sitting, drinking, standing, dancing, and possibly gossiping about anyone and everyone that comes to mind. Apart from the drinking and dancing it sounds a little boring.

Jessica loves a good horror movie and when it comes to zombies she believes that a production should go big or go home. Obviously she’s a fan of the gore as much as the suspense since such movies tend to lay on the blood and guts pretty heavily.

6. She’s starred on the show Gotham.

Depending on how you look at it her character is either highly confident in herself or just flat out despicable. She does have redeeming qualities but being the type of person that would gladly reap destruction and anarchy doesn’t make her a saint.

5. She also has a singing career.

This isn’t talked about quite as much but she’s made it into something that’s slightly more than a hobby and she does have a rather nice voice.

4. She showed up in the remake of The Evil Dead.

A lot of folks didn’t care for this movie as they would have preferred seeing Bruce Campbell return, but all in all it did have the gore factor and it did have enough terror in it to make it a decent film. It wasn’t quite the same as the original obviously but it did manage to frighten people enough to be counted as a decent horror flick.

3. She doesn’t care for modeling.

If you count photo shoots as modeling then she’s done some of it but Jessica has gone on record stating that she wouldn’t want to do this for a living since it seems too boring and kind of pointless. In some ways her words make a lot of sense.

It kind of looks as though she’s been focusing more on her TV career since then. That’s not a bad thing really since either way she retains the ability to be seen by the public and on TV there’s a much bigger and more consistent audience than there is for a movie.

1. She was also featured in the Covenant.

The hype for this movie made it seem like it was going to be something special and quite epic. The reality however was that it became a very bad cross between Harry Potter and a teenage, coming of age film. The acting was pretty terrible and the climax was like watching a B movie with A-level effects. In fact this clip above was probably one of the better parts of the movie.

She’s still got a bright future ahead of her, let’s hope we see more as the years go by.