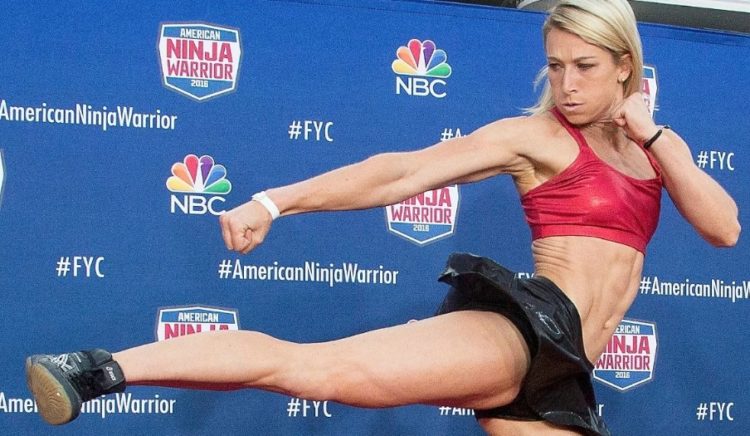 If you don’t follow the show American Ninja Warrior then you might not know about Jessie Graff since this is where a lot of her reputation was built. The show, as you can imagine, is a very tough and demanding obstacle course that contestants must navigate their way through and is built to test the strength, endurance, and agility of those that go through it. Graff has been a part of the show for a while now and has, since she was much younger, been driven to compete an excel in ways that are hard to fathom unless you’ve been there and understand the level of drive that she has. There have been some setbacks during her time with the show and she has had to back away due to injury a time or two, but throughout it all she’s been proven to be insanely resilient and always dedicated to giving her absolute best every time she steps on the course.

Here are a few things about Jessie you might not have known.

It seems like she didn’t want to wait and got right into the kind of things that would help her out later in life when it came to being in shape and remaining active. She was in gymnastics for a period of 6 years so you can imagine she became insanely limber and quite skilled after a while.

9. Jesse has a couple of black belts in different disciplines.

She has belts in Taekwondo and Kung Fu but it sounds as though she’s studied several other disciplines even if she hasn’t hit the same rank. What this means is that she’s not only incredibly disciplined but she’s likely quite tough as well and isn’t a person to be messed with.

8. She’s been doing stunt work for a while.

Jessie has worked as a stuntwoman on a few big name projects such as Supergirl, Wonder Woman, and several others. Her level of fitness and conditioning has definitely opened a lot of doors when it comes to working in the public eye.

7. In 2013 she was the first woman to qualify for a City Finals course on American Ninja Warrior.

She didn’t go much further than this but she did show that women could and would start advancing in greater numbers when it came to such physical contests, as she impressed a lot of people with her grit and determination.

6. She’s been a contestant on the show for a while now.

Jessie has been coming back now for a number of years and while she’s had to bow out at least once or twice due to injuries she’s still been wowing the crowd with her amazing skills and the ability to traverse the course in a manner that a lot of people simply wish they could accomplish.

5. Jessie has her own athletic apparel line.

She’s been with Under Armour but she did manage to get her own line up and running as one might expect. It might be a little harder for people to find but it’s out there and it’s been treating her well so far.

4. In school she was a skilled pole vaulter.

It’s believed that she still holds the record at her college but it’s not entirely certain since records do tend to fall when someone like Jessie points the way. For all we know however the record still stands as she’s a rather unique person that sets the bar pretty high for those that follow.

Jessie has quite a few followers on Instagram that are interested in what she does and like to see what she posts from time to time. It’s safe to say that she’s pretty active as she keeps the people informed on what she’s doing and how her career is going.

2. Her net worth is estimated to be around $3 million.

Some sites say 3, others say 2, but the point is that she’s made a very fine living off of what she’s enjoyed and has managed to create the kind of worth that a lot of people only wish for by showing off the skills she’s worked so hard to attain.

1. So far she’s kept her relationship status on the down low.

Whether she is or isn’t involved with someone is unknown since she keeps a lot of personal information away from the public, which is probably a good idea. This way the people can focus more on her achievements and the amazing things she does on screen rather than focusing on her life, which is no one’s business but her own, off screen.

She’s been little more than impressive for much of her life, but as she continues to show up on ANW she keeps showing just what it means to stay up and stay dedicated to what she enjoys.