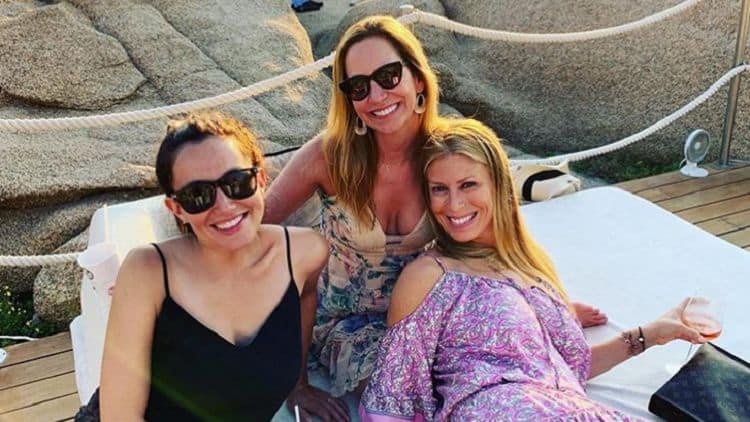 Jill Martin might be a name you’ve heard a time or two since she does get around in terms of being on TV and being connected to various shows. Throughout her career though it’s been seen that she’s rarely idle and isn’t much for resting on her laurels when there’s a way to further her career and reputation. With some people this might feel as though they’re grasping and simply trying to gain as much influence as possible in the business, but with others it definitely feels as though they’re trying to do as much as they can with what they have to offer others in order to do their job and see to the needs of those around them. Being that she’s skilled in more than one area Jill has certainly made it known that her talents are there for other people to benefit from and is a team player when it really counts.

Here are a few things about Jill you might not have known.

10. Jill was an intern for several shows while in college.

This is about the only way to go when you’re still in college and know that you’ll need a job when you finally graduate. By being an intern and making sure that people see you and see that you’re willing to get in there and work and climb up that ladder then you’re making certain that when it comes time to be hired or advanced in some way that your name will be on the list of people a prospective boss might want to hire.

Her career thus far has been something that’s been rather impressive since honestly she hasn’t confined herself to just one thing and has been willing to take on various projects that don’t seem to mesh with one another at times.

8. She has an impressive following on social media.

There are a lot of people that are interested in her career and tend to want to know what’s going on with her, and she seems to revel in being able to share what she does with so many as she continues to post pictures and posts to her social media accounts.

7. Her career started out on the Maury Povich Show.

This is just one of the shows that has helped to make her career but it’s one of those that can seem to help or hinder a lot of people just like so many other shows. Jill has obviously been around and learned how to make her job work to her advantage, which is great for her.

6. She’s been a sports news editor for CNN.

From her personality to her ability to simply work her way into a job it’s hard to see how anyone might not know of her at some point since she’s a person that is driven to excel and succeed in whatever she does.

5. It sounds like she just got engaged a short time ago.

Francesca Bacardi of Page Six took up the story along with a few others of how Jill was engaged only a short while ago and was proposed to in the Hamptons by her boyfriend of the past two years. Obviously it was a very touching moment.

4. During her time reporting for the New York Knicks she won 5 Emmy awards.

This is a testament to how skilled she really is since Emmy’s aren’t just handed out for absolutely anything no matter what anyone says. Her style of reporting was obviously considered to be top notch since winning one might be called a fluke, but winning five means she was doing her job and doing it well.

3. She was featured in Teenage Mutant Ninja Turtles: Out of the Shadows.

It was a small part, there and gone really, but it was something of note that anyone might want to put on their resume even if the film didn’t get that great of a review. If nothing else it’s proof that she can step out of her comfort zone and really thrive sometimes.

2. Jill has been a fashion correspondent on Good Morning America.

There doesn’t seem to be a lot that she can’t do and can’t become great at since she has the kind of drive that makes her an inspiration to many people and a definite role model to others. If more people knew about her work ethic it might serve as something to follow.

1. She did work with QVC for a while.

Pamela M. Danziger from Forbes has spoken of how Jill did manage to work with QVC in order to establish her own brand. A lot of people tend to roll their eyes at the mention of this shopping channel but it’s been quite instrumental for a few people.

Now that you know a little more about her it might be worth it to look her up.