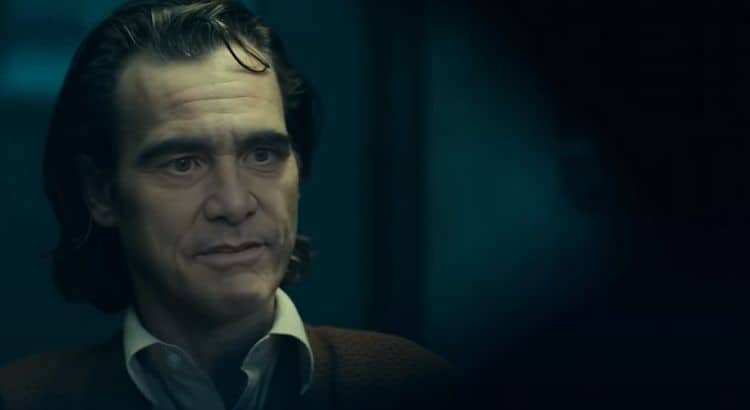 Jim Carrey is apparently a favorite of those at Deepfake since he’s been used a couple of times now, and not surprisingly, both of them have been mentally-disturbed individuals since the other one was Jack Torrance from The Shining. Perhaps it’s because comedy tends to come from a very dark place that he was selected for this clip, but it fits in a way since the idea of Carrey playing the Joker makes about as much sense as his role as the Riddler in Batman Forever. In this type of a role, it does feel as though he might have excelled since the funny and witty guy that people remember from In Living Color and Ace Ventura and many other movies was hiding a very disturbed man that Carrey has actually admitted to being in past interviews. When one says that comedy comes from tragedy and despite it’s not usually a joke since this is what happens and a lot of it is because the comedian doesn’t want people to feel as pained and desperate as they do. Robin Williams held this up as his own truth at one point and Jim Carrey has been pretty candid about his upbringing and how he felt when he was younger and even into his adult years. Comedy doesn’t always come from a happy place after all.

Casting Jim Carrey in this version of the Joker almost feels like it would have made sense considering that he could have nailed it and used his manic and wolfish smile to really make the character of Arthur Fleck even creepier than Joaquin Phoenix did, even though the actor was quite convincing in his role since he did end up turning it into a winning performance. But seeing Jim Carrey in this role might have turned it up a couple of notches since his smiling and his laughing would have been so over the top that it might have frightened people even further since Phoenix’s performance was already creepy as hell. Imagine what Carrey could have done with a role like this had he been given the opportunity, he might have ended up winning an award as well simply because he’s just as good if not better than Phoenix. But it also feels as though he might not have said yes initially, though there are rumors that he might sign on for a sequel to the movie as an older version of the character, which could be every bit as disturbing since if he does go the villainous route, and there’s no doubt that he would, he’d be well established and far more experienced in the role at that point. Just imagine it, and try not to cringe when thinking how much this might work at your nerves.

There’s still a debate as to who has played the best version of the Joker since everyone that’s taken on the role has brought a very different light to the character. Cesar Romero made him into a jokester, a prankster, and someone that wasn’t much of a fighter but definitely had wit and hilarity on his side. Jack Nicholson created an eccentric gangster-type Joker with a very slick fashion sense a playful manner that was absolutely deadly. Jared Leto kind of went new-style gangster with his version and turned the Joker into more of a street thug than anything, while Heath Ledger turned the character into an absolute madman that many people still think is the best version of the Joker. Phoenix created a depressed and antisocial character that had never been given a fair shot in life and was forced to make do with what he had, which wasn’t much, and he became a new Joker for the current era that spoke of the disappointment of a generation that was encapsulated into a single movie. It would be interesting to see what Jim Carrey would do with such a role since it’s fair to state that he would bring a lot of mixed emotions to this type of character and wouldn’t just be the hilarious and outrageous individual that so many have seen him as. All personal and political feelings aside when it comes to this actor, he’s still great at what he does and he’s broadened his act considerably in the last couple of decades as his talent has increased.

Seeing him play out the role of someone like the Joker might be intriguing and it might be yet another look at this character from a darker and much more human perspective since while everyone else has been great in their own way, yes, even Leto, it’s possible that the Joker could go even darker and become the true character that the comics have shown us in the past, since the clown prince of crime has done many truly horrible things in his time.