It’s funny how nostalgia hits around a certain time every year. Out of everything Jim Hensen ever did this was perhaps one of the most iconic movies of all time and one of the most beloved by so many. Walk up to anyone on the street and I would guess that at least seven out of ten times if you asked about The Dark Crystal people’s faces would absolutely light up once you mentioned it. This time-honored classic has become a favorite of many movie buffs and has even translated fairly well into current generations. Obviously the effects aren’t entirely on par with the current generation but that’s the beauty of it. Our kids get to see what we saw way back when and enjoy the simple yet wonderful story of Jen, the gelfling that was set on a quest to restore the fabled Dark Crystal and save the world from the evil Skeksis and their plans of domination.

Now you can take the adventure a little further with your own copy of the Dark Crystal board game as you race against time to restore the crystal and save their world. It’s a bit complicated to understand at first but once you read the rules and get into it there’s a good chance you won’t want to stop until the very end. 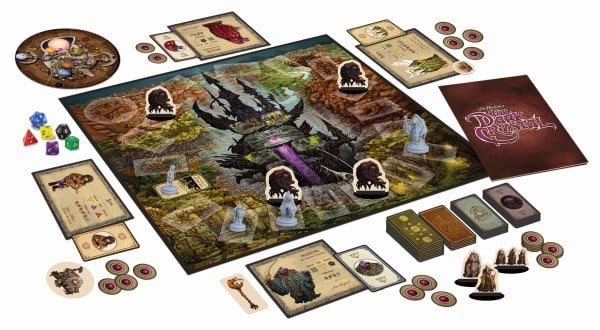 As you can see from the photo there is a lot to it, but then there was a lot to the movie as well. Many people likely don’t remember half of the plot points and the arduous journey that Jen and Kira had to go through in order to reach the castle where the Skeksis held sway. Even more impressive is that during their journey the long-necked Mystics, the antithesis of the Skeksis, were also making their way towards the castle. Somehow they arrived not too far after Jen and Kira, who were accosted by Chamberlain on their way in.

Upon reaching the Dark Crystal finally Kira had to make the ultimate sacrifice as she tossed the shard that Jen had carried back to him as he sat atop the crystal, pleading that he finish the task and heal the crystal for good. As Kira lay still beneath the knife of a vicious Skeksis Jen finally fulfilled his destiny and healed the crystal, reuniting the two races as the Mystics entered the chamber. As a reward, Kira was brought back to life and she and Jen were allowed to inherit a world that was whole once again, and at peace. 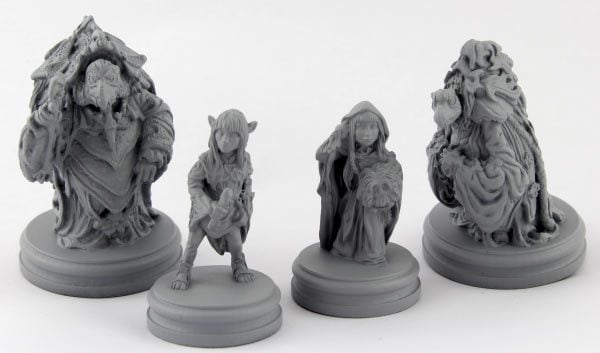 Don’t tell me that doesn’t get you pumped up to play this game because just writing it got me there. The Dark Crystal was one of the most influential films in the lives of many young children simply because of the themes it displayed and the wonderful adventure it took us all on. The game might look complicated but it’s definitely worth it to learn. For a classic such as this a resurgence in the form of a game is just what fans have been hoping for.