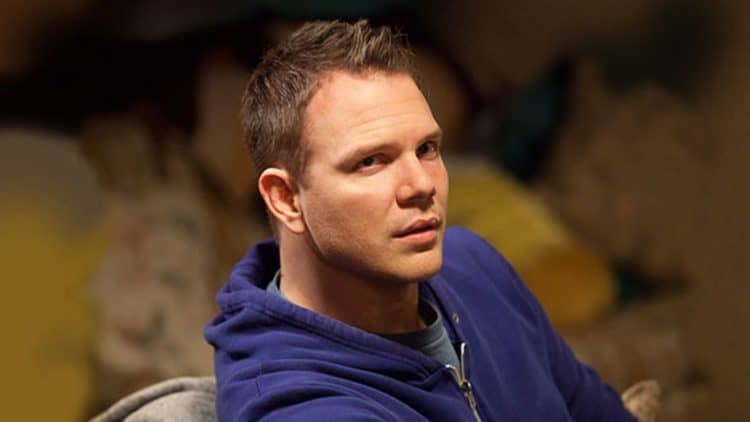 Jim Parrack is an American actor who is best known as Hoyt Fortenberry in HBO’s “True Blood. He also appeared in the Broadway production of “Of Mice and Men” in 2014 co-starring with Leighton Meester, Chris O’Dowd, and James Franco.” Parrack most recently snagged a weighty role in the new television series “9-1-1 Lone Star,” and he occupies a significant piece of the storyline so far. He’s an interesting individual and after checking into his history we made some great discoveries we want to share and here are 10 things about Jim Parrack that you probably didn’t know.

Jim Parrack was born in Allen Texas on February 8th of 1981. He recently turned 39 years old. Like the character that he plays on “9-1-1 Lonestar,” he really is a native Texan. He went to Allen High school, and in 2001, he packed his bags and moved to Los Angeles, California to pursue a career in acting.

2. He is a formally trained actor

When Parrack arrived in Los Angeles, ha enrolled in the Stella Adler Academy. He wanted to become a professional actor so he studied the art at this well-known school for performers. After completing his studies there, he continued forward and studied at the Playhouse West.

3. He has been married twice

One of the most frequently asked questions that fans have about their favorite celebrity personalities is their marital status or if they’re currently dating. Jim Parrack is currently single. It is not known if he is dating anyone at this time. If he is, he’s good at keeping it a secret. He married Ciera Danielle who is an actress, writer, and director in October of 2008. The marriage didn’t work out and the couple filed for divorce in 2014. He started dating Leven Rambin and the couple married in October of 2015. The relationship only lasted a few years and they ended their marriage in May of 2017.

When Jim was a teenager he secretly wanted to be an actor, but he didn’t feel right about telling anyone in his family. He hedged around the topic until he was in his junior year of high school. Prior to this, he played a lot of golf and this was a game that he was good at. Everyone was under the impression that he would follow this career path, but he had a surprise for them all. His family let them know what they thought of the idea but it didn’t dissuade him.

5. His idols are Robert Duvall and Marlon Brando

Parrack shared that he was the most greatly moved and influenced by two actors. Robert Duvall appeared in the television mini-series “Lonesome Dove,” and this was a project that got Jim’s attention at the young age of just 8. This was a classic Texas western and Parrack was also a Texan so it left a big impression on his young mind. This is his favorite mini-series. He was also impressed with Marlon Brondo in his performances in “On The Waterfront,” and “A Streetcar Named Desire.” These were powerful influences in his childhood and it helped him to decide that he wanted to become an actor as well.

6. Parrack is the president of 120 Productions, Inc.

Jim Parrack and Alicia Rota are the coordinators and Jim is the president of 120 Productions, Brooklyn Actors Lab. Parrack puts on a three-day acting workshop for actors to offer individual teaching in techniques. The goal of the program is to maximize the amount of learning that the actor takes with them after the end of the three-day workshop. Practical, rigorous and invigorating sessions are conducted by Parrack and his staff.

7. Parrack offers the workshop at no charge

We were impressed with the fact that Jim Parrack’s 120 productions’ 3-day acting workshop is offered to participants for absolutely no charge. Under fee to enroll the application simply states “no pay.” This provides up and coming actors with a valuable experience that will help them to know if this is the right path for them and it also teaches new respect for the profession. This tells us a lot about Jim Parrack including the fact that he is a generous and giving person who is passionate about acting and he wants to help others who share this love of the art.

In addition to being a successful actor, Jim Parrack is also a producer, director, writer, and cinematographer. He produced “Daisys” and “Post” in 2013, and also wrote and directed the latter. Jim also was the cinematographer for “Daisys.” These roles give him amazing insight into what goes into the creation of a film and he has a broader perspective.

9. His professional career launched in 2006

Jim’s very first professional acting job was in 2006 in a small part on the television series “Monk.” He seemed to hit the ground running as the jobs came pouring in for the year. He also appeared in an episode of “ER,” and the role of AJ in the film “Annapolis,” in “Grey’s Anatomy,” “Close to Home,” “CSI: Crime Scene Investigation,” and “Standoff.” He was as busy as his schedule would permit and his acting jobs have been steady ever since.

10. Jim Parrack is one of the most successful actors

While most actors struggle to find work, once Jim was cast in a small role, more work seemed to flow in. We can tell by his impressive work portfolio that there are no gaps in the steady stream of projects that he has appeared in. In addition to his recurring role in the series “9-1-1 Lonestar,” he has recently completed yet three more projects. He will appear as JP in “Jimmy’s Pickle,” which is completed recently. “F9” has just entered the post-production stage, and “The Dark End of the Street,” is also in the post-production phase. He has a total of 60 credits in his professional acting portfolio.