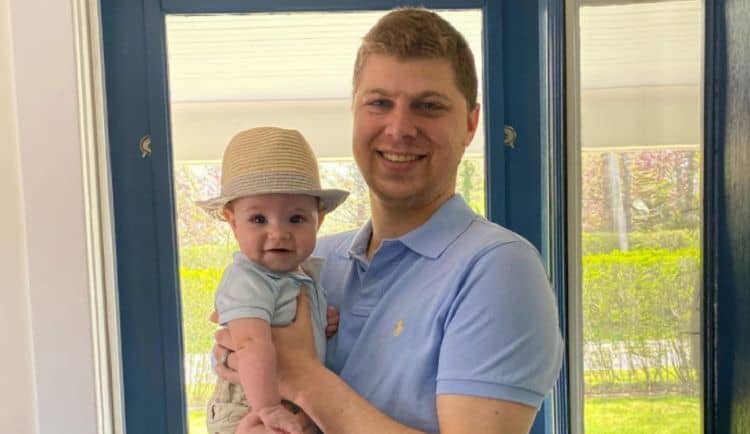 There’s a new show in town, and Netflix wants to make sure everyone is tuning in. We don’t know if they were ready to predict the massive success that their show, “Selling Sunset,” would turn into, but it led them to create a sibling show across the country in the Hamptons, and it’s called “Million Dollar Beach House,” featuring Next Seekers International. It’s a real estate group that employs agents to sell the beautiful homes in the Hamptons to the highest bidder, and one of those agents is a man by the name of Jimmy Giugliano. Everyone wants to know more about him, and we are bringing you what we know.

1. Jimmy is His Nickname

He goes by Jimmy, but that’s not the name is parents gave him. He was born James, and we find it interesting that the name Jimmy stuck with him as an adult. It’s one of those nicknames that works well as a child, but it sounds a little young for an adult. James has a much more elegant and sophisticated ring to it.

What really sets him apart from the crowd is that he is a native Hampton resident. He was born and raised in Southampton, which means he’s got a lifelong knowledge of the area. Nothing really substitutes being somewhere your entire life. You know more than anyone who has only been there for a while. We imagine this benefits him significantly.

When he was in college, he studied business management. This is something that has undoubtedly given him a leg up in the real estate market, and we imagine he’s been able to use this to his advantage more than a time or two. He knows the game, and he knows the importance of relationships.

One of his favorite quotes comes from the elusive Thomas Edison. “There is no substitute for hard work,” which is his own philosophy. We agree. If you don’t put in the work, you don’t get the results you’re looking for. It’s really that simple.

We imagine that he’s doing well in life considering the fact that he sold a home for $35 million just last year. This home was one that was located on something called “Billionaire’s Row,” which is where the biggest, best homes are. It has its own helipad so that residents can be in and out of Manhattan in under 20 minutes. The house was expensive, and rumor has it that the new owners will tear it down and construct a new home there because it’s considered a ‘teardown’ home. Imagine the commission on that one.

In addition to the $35 million teardown he sold in 2019, he was also the agent in another sale that was worth $39.5 million. The sale wasn’t even on the market. It was an off-market deal, and that means those two homes alone profited him an impressive $2.5 million.

He met his wife, Kelsey, in 2011. They were married in 2016, and they now have a son. His name is Rocco James, and he was born just this year in 2020. He came on January 16, which is two months before the pandemic shut everything down and forced new parents to wonder if the father would get to be there for the birth of his own child due to hospital restrictions. We imagine this is one couple who feels very blessed to have avoided that kind of stress throughout his wife’s pregnancy.

8. He Lives and Breathes His Career

He is a man who understands that success is not something that comes when you sit around and do things you want to do and work on occasion. He lives, breathes, eats, and sleeps real estate. He is there for his clients all the time, and he’s quick to tell you that being an agent means you must be all in all the time. There is no time off or ability to say no to anyone who might want to purchase a home.

If you scroll through his Instagram page, he is clearly a funny guy. It’s not easy to find photos on his social media account that are just his and not for his work, but he did post a photo of two dogs with the caption, “I told Kelsey a while ago I didn’t want a dog, but she did, so we compromised and got two…” and we think he’s a man who understands the full meaning of marriage.

If you want to know something about a man, check out how he talks about his family. He does so with love and respect, and you can tell he adores both his wife and his son more than anything else.