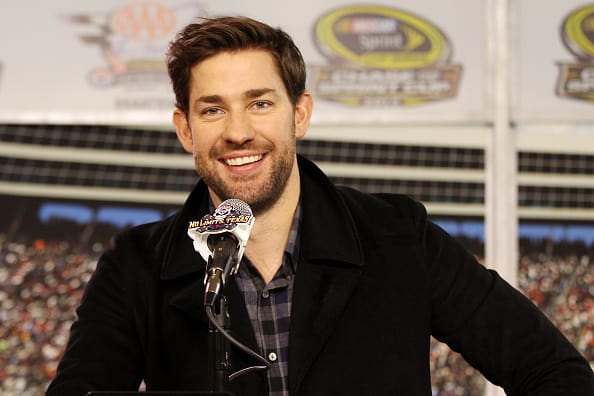 It is hard to believe that it has been 3 years since we were last treated to a brand new episode of the NBC comedy The Office , whichÂ ran from 2005 to 2013.Â  The series had a cast filled with talented actors, including Steve Carell, John Krasinski, and Mindy Kaling. One of the running gags on the long-running sitcom was Jim (Krasinski) playing practical jokes on his desk buddy Dwight (Rainn Wilson).Â  Over the course of nine seasons, Jim pulled 89 different pranks on Dwight during their time at Dunder Mifflin Paper Company.Â  Jim also spent close to $6,000 to pull these practical jokes off. So which of these pranks were the best? Here is our list of the seven best pranks that Jim pulled on Dwight on The Office.

This prank is how it all began on The Office. Who knew this one little prank would turn into nine seasons of awesome practical jokes on Dwight. Some sites indicate that Jim played more than 110 pranks on Dwight over the course of 200 episodes. This prank was pretty simple to pull off. Jim makes a Jell-O mold and places Dwight’s stapler inside and then sets it by Dwight’s desk and acts as if nothing happened.

If you ever took a Psychology course in college you are probably familiar with Ivan Pavlov and the classic conditioning experiment he performed on his dog.Â  Well, Jim tried a very similar tactic on Dwight during season three. In order for this practical joke to be successful, Jim had to devote a longer period of time on it. Whenever the default Windows “unlock workstation” noise came from the computer, Jim would offer Dwight a mint.Â  Then finally one day the noise goes off and Dwight has his arm extended for the mint and Jim acts like he has no idea why Dwight is doing that.

Like the prank mentioned above, this particular joke that Jim played on Dwight during this season two episode took place over a long period of time. Jim began to add nickels to Dwight’s phone. He had to do this gradually so that Dwight would not notice anything was different when using his phone. Then all at once, Jim would remove all the nickels. When this happened, Dwight picks up the phone and ends up smacking himself in the face. This episode also featured the prank of Jim replacing Dwight’s name badge so it reads: Dwight Fart Schrute. Classic.

“It is Friday! Oh wait, no it is Thursday” from Season Episode 8, “Performance Review,” original air date November 15, 2005

Before Paul Feig went on to direct popular movies like Bridesmaids and The Heat, he directed several episodes of The Office including this episode with the #4 best prank Jim pulled on Dwight. It is just another Thursday at Dunder Mifflin and Jim has decided to get all of his co-workers involved with this practical joke.Â  He also leaves a voice message on his friend’s phone to say he will see him tomorrow or Saturday. By the end of the day, Dwight has been convinced that it is Friday. As a result, he is late for work the next day and everyone gets a good laugh, including the viewers.

The Office proved that it could still be funny in its final season when Jim pulled this awesome prank on Dwight.Â  Jim and Pam have an actor friend named Steve who also happens to be Asian. He shows up to work and claims to be Jim, while the actual Jim is at the dentist.Â  Dwight of course believes he is getting pranked until Pam shows up and gives Asian Jim a kiss.Â  Jim even had Pam and Steve pose for a family picture with two young Asian children in order to fully pull this joke off on Dwight.

The heyday of The Office occurred right around the series fourth season and this was when the second best of Jim’s pranks took place. However in order to make this prank successful, he sought out the help of his future wife Pam.Â  The launching of the new Dunder Mifflin website has Dwight in a panic because the website is predicted to be the company’s top paper seller.Â  Jim and Pam decide to begin sending Dwight instant messages as the website in order to taunt him an make him believe he is inferior to a machine. Dwight ends up winning the competition and Pam congratulates him as the website after she notices Angela rejecting his advances.

Some fans of The Office claim the show went downhill after the exit of Steve Carell. They are not totally incorrect for saying this, but Jim’s best prank on Dwight came from an episode during the series’ eight season.Â  Jim, Dwight, Erin, Ryan, Stanly, and Cathy have been selected to go to Tallahassee to be part of Sabre’s new project. On the first day of orientation, Jim decides to wake up an hour before Dwight and stage a murder scene in his own room. When Dwight comes to wake him up he notices the room is disarray and a suitcase of money sitting on a chair. Dwight also finds sheets tied together draped over the balcony and the words “It Was Dwight” written in blood on the wall. The icing on the cake is when Jim falls out of the closest appearing to be dead.

Out of all the pranks that Jim played on Dwight during the run of The Office, which was your all-time favorite? We know it may be too hard to pick just one, so list all your favorite practical jokes.Â  Let us know in the comments below.