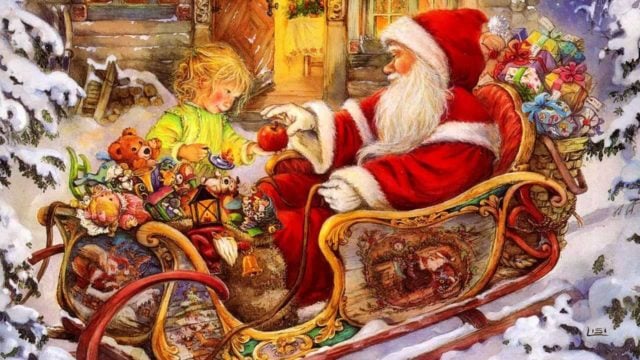 Jingle Bells has an AKA. That’s right. It also started life as a Thanksgiving Song. That’s true. The popular song we’ve come to know as a Christmas song had some sexy lyrics for its time. They were substituted for more politically correct ones. Here’s what happened.

The song was originally published in Boston as “The One Horse Open Sleigh”. The year was 1857, and it was written for minstrel shows, which were common then. James Lord Pierpont wrote the song. His friends called it Pierpont’s “merry little jingle”.
It’s not the chorus that was sexy. It was the original verses. There were four of them, and they are rarely sung today. Many are familiar with the first verse:

“Dashing through the snow, in a one-horse open sleigh
Over the fields we go, laughing all the way
Bells on bob-tail ring, making spirits bright
What fun it is to ride and sing a sleighing song tonight”

The second verse is also often included in song books, and it is the first naughty text. It’s important to know that Pierpont wrote the song in Simpson Tavern in Medford, Massachusetts. The town was famous for two things at that time. One of Medford’s industries was making rum, and there were sleigh races held on Salem Street. A plaque in Medford verifies that the song was about the sleigh races. The second verse tells how the singer takes “Miss Fanny Bright” out on a sleigh ride, only to have an accident and fall into a snow bank.Â Rum, girls, and races. Very James Dean, isn’t it?

The third verse isn’t well known at all. It’s another description of sleigh racing. Some say that it’s also about racing drunk. It tells the story of how the singer goes out into the snow and falls on his back, sprawling on the snow. A “gent” in a one-horse sleigh sees him on the ground, laughs at him, but drives away quickly.

But it’s the fourth verse which finally reveals the truth of the lyrics, but you must know a bit about the culture of that time to completely understand. A one-horse open sleigh was the fastest type of sleigh. It was also called a cutter. Horses had sleigh bells attached to their harnesses so that people could hear them coming. The bells were pretty and sounded great. They functioned much like car horns. Sleigh racing was hugely popular, and all the boys wanted to win. But, the other part of the story is that sleigh rides were perfect for couples. They used them as excuses to get away from parents and have some intimate moments. Some courting couples would disappear for hours at a time; only returning early in the morning. Unlike today, this behavior was unacceptable, but often tolerated as part of the dating ritual. Just look at the lyrics “go it while you’re young” and “take the girls tonight”. Sure, on face value they are happy words about the fun of racing. But, in those days, the lyrics also implied more.

“Now the ground is white, go it while you’re young
Take the girls tonight, and sing this sleighing song;
Just get a bob-tailed bay, two-forty as his speed
Hitch him to an open sleigh and crack! You’ll take the lead”

Today, the chorus is the most famous part. It was the part of Jingle Bells that really caught on when it was first written, too, which explains why most people know it best.

Here’s a modern sleigh ride to enjoy. Take a look at the scenery, and it explains why sleigh rides were the perfect get-away: