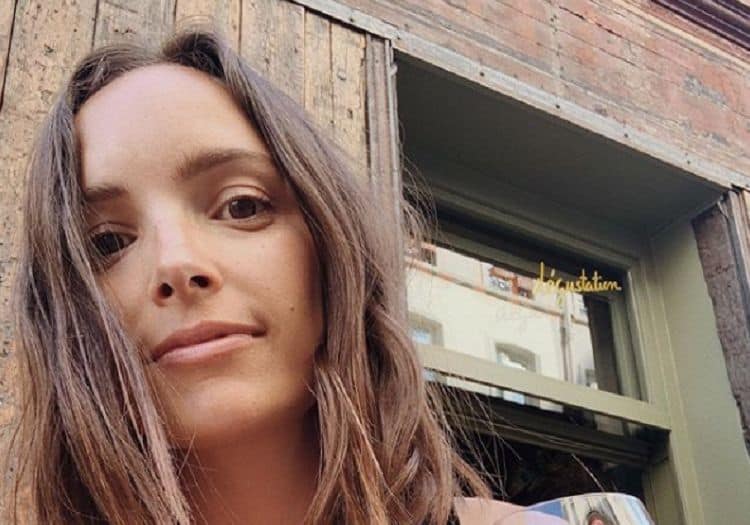 Jodi Balfour is a South African actress that is best known for her role as Gladys Witham in Bomb Girls. She has most recently appeared as Ellen Waverly in For All Mankind. Here are ten things about her that you may not know.

1. She Hosted A Children’s TV Show In South Africa

In the early 2000s she presented Bling, a children’s TV show which aired in South Africa. Her co-star in the show was Dalen Lance. The show ran for two seasons before it was canceled by the broadcaster. She was nominated for Best Youth Presenter at the Star In You awards along with Dalen. Jodi was still in her late teens when she presented Bling and so she had an awareness of what it would be like working in the entertainment industry from a young age.

In 2008 she was a competitor in the Miss South Africa pageant. She did not finish in the top five but it was still an experience that she enjoyed. If she had won the competition then she would have gone on to represent South Africa in the Miss Universe and Miss World competitions. While she must have been disappointed not to win, it did mean that she was able to concentrate all her attention on her university studies.

3. She Studied Drama At The University Of Cape Town

She grew up in Cape Town and attended university here after she finished high school. She has already done some presenting work but wanted to expand into acting and so enrolled to study drama. She graduated from the university with a BA in Theater and Performance. The University of Cape Town is one of the oldest universities in South Africa and it also has one of the best reputations.

4. She Initially Stayed In South Africa When Her Parents Moved To Canada

She told Exceptional Alien that when her parents moved to the west coast of Canada, she made the decision to remain in South Africa. This was partly because she was still studying at University but she did also feel some apprehension about moving away from the only place she had ever lived. However, when she graduated she did move to join her parents in Canada. She felt that this was the right decision for her career as there would be more opportunities available to her in North America.

5. She Is The Co-Owner Of A Coffee House In Vancouver

When she first moved to South Africa, she struggled to find work as an actress at first. She didn’t want to try and find a full time job because this would have meant that she had less time to spend on her acting. She ended up buying a coffee house in Vancouver with two of her friends. This ensured that she had an income while also giving her the time she needed to attend auditions.

6. She Is The Winner Of A Canadian Screen Award

She won a Canadian Screen Award for Best Leading Actress in a Television Film or Miniseries in 2015. This was for her performance as Gladys Witham in the film sequel to Bomb Girls called Bomb Girls: Facing The Enemy. She played the character of Gladys in the two seasons of Bomb Girls and reprised this role for the movie. Her character was recruited by the government to uncover a suspected traitor working in the munitions factory. The movie was the final chapter of the Bomb Girls story and most of the cast from the series also signed up for the movie.

7. She Played Jackie Kennedy In The Crown

She played the role of Jackie Kennedy in the second season of The Crown. She told Cheat Sheet that this also helped her to prepare for her role as an astronaut in For All Mankind. Both roles were set in the 1960s and both of the characters came from a very privileged background. She had done a lot of research into what life would have been like for Jackie Kennedy in America during this period and some of this research was also useful for the part of Ellen.

8. She Had To Speak Like An Astronaut In Her For All Mankind Audition

An important part of her For All Mankind audition was to be able to sound like she knew what she was talking about when using the technical language that real astronauts would use. This was not something that she found too difficult but it did mean that she really had to concentrate when she was learning her lines. She enjoyed the challenge and the fact that it made her work a little harder. Everyone that auditioned for the show had to perform a scene using this type of language, even if they were not auditioning for the role of an astronaut.

9. She Currently Lives In Los Angeles

In Bed Store did a feature on Jodi and the 1920s cottage where she lives in Los Angeles. Her reason for moving to the city was because she felt she would have more opportunities there to find work. She has said that the fact she had already lived and worked in Canada helped her get a visa to be able to work in the United States. One of the main pieces of advice that she would offer to people coming to the US from other countries to pursue an acting career is to get their Visa sorted before they move.

10. One Of Her Favorite Places Is Temescal Canyon

When she is not working one of her favorite places to visit in Los Angeles is Temescal Canyon. The hiking trail at the canyon is a moderate walk and gives good views of the canyon itself as well as the ocean. Despite being very close to the urban life of Los Angeles, it does not feel as if the canyon is in the middle of the city. It is the ideal place to go when you just want to get away from everything.