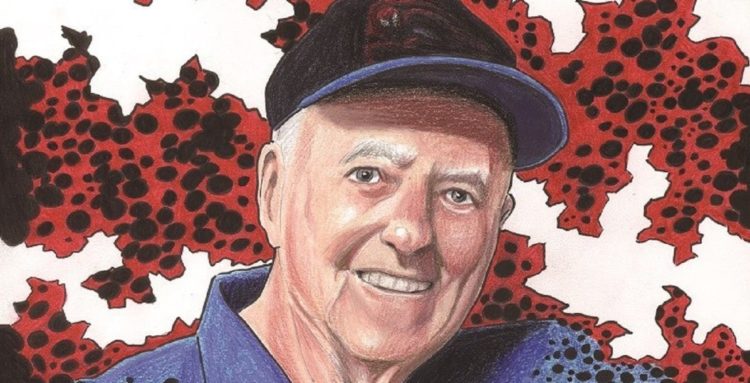 It’s kind of sad at times when you stop and think about comic books and how little some people appreciate them, calling them childish, nerdy, even something that is best left in the past. But then you think of the men and women that still make these publications possible as Joe Sinnott has done for so long and you gain a real sense of appreciation for their work and the effort they’ve put into it for so long. For a lot of people a comic book is a lot of bright color and possibly a compelling story that the reader might get into or not. But to those that work on them the work is just that, work, and in some cases a lot of fun as the story comes to life and the visual representation becomes a thing that they can be proud of. Joe is one of those that has put most of his life into entertaining others, and it’d be nice if more people knew this and could appreciate it.

Here are a few thing about Joe you might not have known.

10. He’s worked with Marvel Comics for 69 years prior to his retirement.

These days saying that you’ve been with the same company for 20 years or so is impressive, but someone that’s been with a company for longer than a lot of people have been alive is absolutely amazing since it not only proves that he enjoyed the work a lot of the time, but that they treated him right and made it possible for him to want to stay.

9. A lot of his work involved inking for the Amazing Spider-Man strip.

Joe did other work but he turned his attention to the strip in the early 90s it would seem, likely because his years were starting to advance and doing a whole comic could have been a bit of a task after a while. Being that he’s 92 years old at this time it’s very possible that it just became too much. He was 71 at that time after all, and the body can only do so much after a while.

8. He enlisted in the Navy when he was younger.

This was at the behest of his mother since she didn’t want him going off to a dangerous location where he might never come back. Joe was plenty safe where he was it seems and he eventually came back to go to work and start his path towards something else after a two-year stint.

7. Before becoming an artist he worked for his father’s cement-manufacturing plant.

Everyone’s got to start somewhere and having a family-owned and run business is as good a place as any since it’s a great way to get started on being independent and possibly find out what a person really wants to do with their life.

6. Joe worked at home at one point.

It sounds odd way back then for anyone to have worked out of their home, but everything was done by the mail and he was allowed to work from home it would seem since the commute he had to take into work was so long.

5. He’s won a few notable awards for his work.

With a career spanning this long you’ve got to expect that he’s amassed a few very well-deserved awards that compliment the great works he’s done and the tireless and dedicated manner that he put into his work.

4. After a while he stopped doing comics and went to doing a strip.

Joe managed to keep on with the comics for quite a while, but it does sound sensible that a person would have to do a little less after a while since the body tends to age and the skills, though still great, tend to fade just a bit and force one to slow down.

Again, this is impressive since a lot of us that are this age or younger have likely not even been with our significant other for even half as long. His wife passed away some time ago sadly, but they were with each other from the time they were married until her passing.

2. Living out in the country he had no idea what comics were coming out at one point.

This sounds odd to say but it seems that Joe really had no idea what comics were coming out or what he’d be inking for a while. But he still did his job and he did so well that he was still considered a valued asset to the company for a long, long time.

1. He attended school while working.

For anyone and everyone that thinks it’s not possible or too hard, there are a lot of us that do it, and it’s entirely possible.

Well, as of now the best we can say is happy retirement Joe, and thank you.