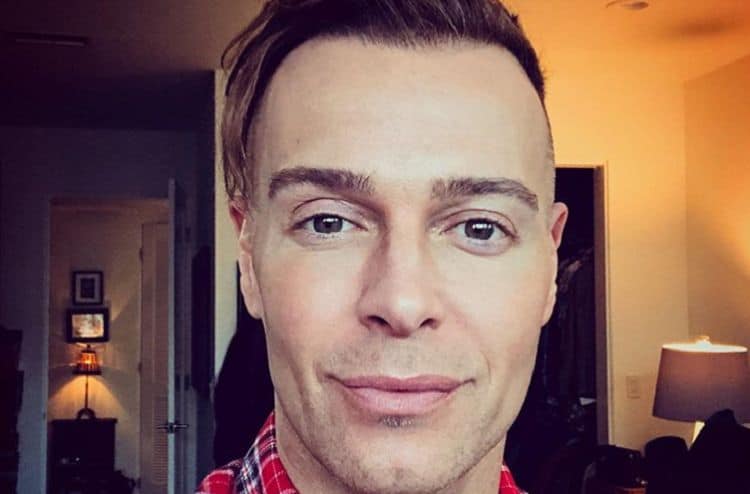 Anyone who grew up in the 90s knows that there was a period of time when the name Joey Lawrence and the phrase ‘heart throb’ were one in the same. Lawrence, who rose to prominence for his role as Joey Russo in the popular sitcom, Blossom,Â was well known for his good looks. However, his handsome face isn’t the only thing Joey Lawrence has to offer. With a career that has lated more than 30 years, he has proved that he also has plenty of talent. So, what’s so special about Joey Lawrence? Get ready to find out. Read on to learn 10 things you didn’t know about Joey Lawrence.

Lots of actors use stage names, but Joey Lawrence’s situation is a little different. Born Joseph Lawrence Mignogna Jr., his last name was changed to Lawrence during his childhood. The name change didn’t just affect him, his whole family adopted the new last name. His younger brothers, Andrew and Matt, were born after the family’s name had been changed. Although it’s tough to nail down the specifics on why the family chose to change their name, it may have been an attempt to make Joey more marketable at the start of his career. Jo

Joey Lawrence may have spent the majority of his life working in Hollywood, but he’s actual from Philadelphia. Despite spending so many years away from the city, Philly is still an important part of his career. The show, Brotherly Love, which starred Lawrence and his brothers was based and filmed in Philadelphia.

3. Got His Start Doing Commercials

People are probably most familiar with Lawrence’s work as a sitcom star, but that isn’t how his career started off. Lawrence’s career began when he appeared in a Cracker Jack commercial when he was a little kid. Throughout the 80s, he went on to appear in several other commercials including ads for Rice Krispies, Chips Ahoy, and Hostess.

4. Wants To Be Batman

Playing a superhero is probably a dream come true for most actors and Joey Lawrence is apparently one of them. At the beginning of 2019, Joey Lawrence launched a ‘campaign’ to earn the role of Batman. Lawrence sent a message to his 181,000 Instagram followers stating ““I want this part! Let’s do this!! Been dreaming of saving #Gotham far back as my memory goes!” Although the chances of Lawrence actually landing the role are pretty slim, it’s still cool to see him so excited.

Most of Joey Lawrence’s younger fans may not be aware that he once tried his hand –or should I say, his voice — at a career in the music business. Lawrence released his self-titled debut album in 1993. One of the singles from the album, “Nothin’ My Love Can’t Fix” reached number 19 on the Billboard Hot 100. His sophomore album, SoulmatesÂ was released in 1997 but didn’t find much commercial success. Lawrence is not in a band with his younger brothers called Still Three. They Released a single called “Lost Myself” in 2017.

Lawrence’s character on BlossomÂ (who was also named Joey) quickly become known for his catchphrase, “Whoa!” Lawrence’s use of the phrase remained popular even after the show ended in 1995 and it’s the thing that lots of people remember him for. During an interview, Lawrence admitted that he wishes he would’ve copyrighted the term but he didn’t have the best legal advice. He also shared that “whoa” wasn’t originally in the script and that he added himself when he was told to incorporate something funny.

7. He Hated Having Long Hair

Let’s be honest, Joey Lawrence had some gorgeous hair back in the day. It was so well taken care of that you probably would’ve never guessed that he actually hated it. In fact, his hair eventually became part os his brand. Lawrence said that he only maintained his long locks because he had to and that shaving his head was a way for him to separate his adult self from his teenage self.

Most people’s teenage crushes will never be anything more than that, but Joey Lawrence actually got the chance to marry his. Lawrence met his second wife, Chandie Yawn-Nelson at Disney World when he was just 16-years-old. The couple dated briefly when they were younger but eventually broke up and went their separate ways. They eventually reconnected and in 2005 they were marred in a ceremony at Disney World. Chandie is Joey’s second wife and the couple has two daughters together.

9. Would Love To Do Another Show With His Brothers

There are some siblings who can only take each other in small doses, and then there are the Lawrence brothers. Joey and his younger brothers, Andrew and Matt, have always had a close relationship. The three even worked together from 1995 to 1997 on the sitcom Brotherly Love. Lawrence has said that he would love to work with his brothers again. Since reboots are becoming more and more popular, there is a possibility that Brotherly Love could eventually make another appearance.

Being rich and famous don’t always go hand in hand. Although most stars make a considerable amount of money throughout their careers, the cash doesn’t always last. According to reports, Joey Lawrence’s financial situation had gotten so bad in recent years that he and his wife had to sell their belongings on eBay to stay afloat. Unfortunately, the couple ended up filing for bankruptcy in 2017 citing that they were in the red by $18,539.35 each month.